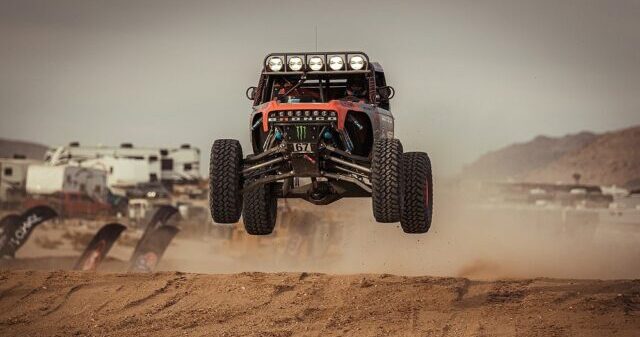 King of the Hammers came roaring into 2021 with a lot of adrenaline and incredible vehicles. During the weeklong event, we saw the best in skill some of the most-ambitious desert modified rides to kick up sand. There were big wins, a few major surprises, and some stunning debuts. 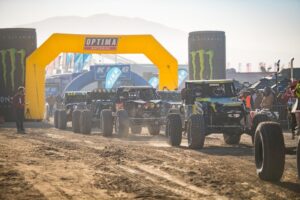 And action. So much action. Sponsored by Ultra4 Racing, the event saw thousands descend to the dusty desert in Johnson Valley, California. Now in its 12th year, the off-road competition ran from January 22 to February 6. Some highlights include the Holley EFi Shootout, Toyo Desert Challenge, Can-Am UTV Challenge, 4WP Every Man Challenge, and the big finale, the King of The Hammers race.

From trucks to motorcycles, all manner of heavily modified trucks, SUVs, UTVs, and more took to the punishing terrain to dominate their class. They ran miles of challenges sometimes at high-speeds, sometimes through sinewy turns; from rock-crawling to pit slaying–it is like no other race. 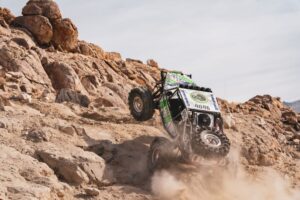 Modifications to a proper KOT ride includes everything from engine swaps, to upgraded suspension. A proper trophy, Baja, or off-roader race truck should be able to go fast in terrain which can resist a good grip. Killer tires are key; as are extra safety features, roll case, shocks, bolt-ons, lots of power and torque.

Honestly, no one made a bigger impact this year than Ford. As the official truck and SUV of King of the Hammers, Ford debuted their all-new Bronco 4600 race vehicle. Additionally, Ford ended up snatching 3 positions in the top 5. 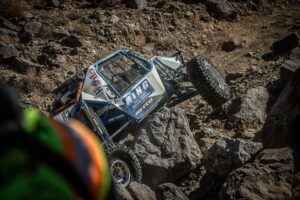 The big winner for Nitto King of the Hammers was Randy Slawson. Finishing first, the frequent front runner Slawson was thrilled.

“We finally broke the streak and brought it home,” he said on the podium. And the key to the win? “Finally, got a good rear diff in the car? Lots of hard work and a good crew. You know, obviously, there’s a lot that goes on behind the scenes, not just me…. This is like the only thing that I live eat, breathe sleep, dream, King of the Hammers…we just want to go fast and show that we can do it.” 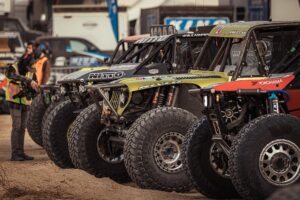 What makes King of the Hammers so thrilling is that it is driven by pure love of the sport, taking man and machine to new heights. And it isn’t necessarily the cleanest rides you’ll ever see. Some of the Jeeps, Raptors, Rangers, and more are built for performance, not looks. King of the Hammers has always been a little crazier and grittier, and that makes it all the more heart-pumping.

Certainly, it is hard to find a better spot to push those modded trucks and SUVs than the spectacular desert and the makeshift Hammertown.

“This is just a beautiful place, said Cole. “This looks amazing as we’re cruising through the desert going 100 mph. And even more than that the variety of terrain, there’s massive rocks, there’s little rocks there, soft sand. It’s literally every type of off road in the world and it’s all here.”

For full race results and clips of the events, go to Ultra4 Racing.