The start to the NHRA Countdown to the Championship at the 34th annual Dodge NHRA Nationals, at Maple Grove Raceway, led to a historic win for Kalitta Motorsports and its Funny Car young gun J.R. Todd, along with added victories for both Top Fuel phenom Steve Torrence and three-time Pro Stock feature winner Vincent Nobile. 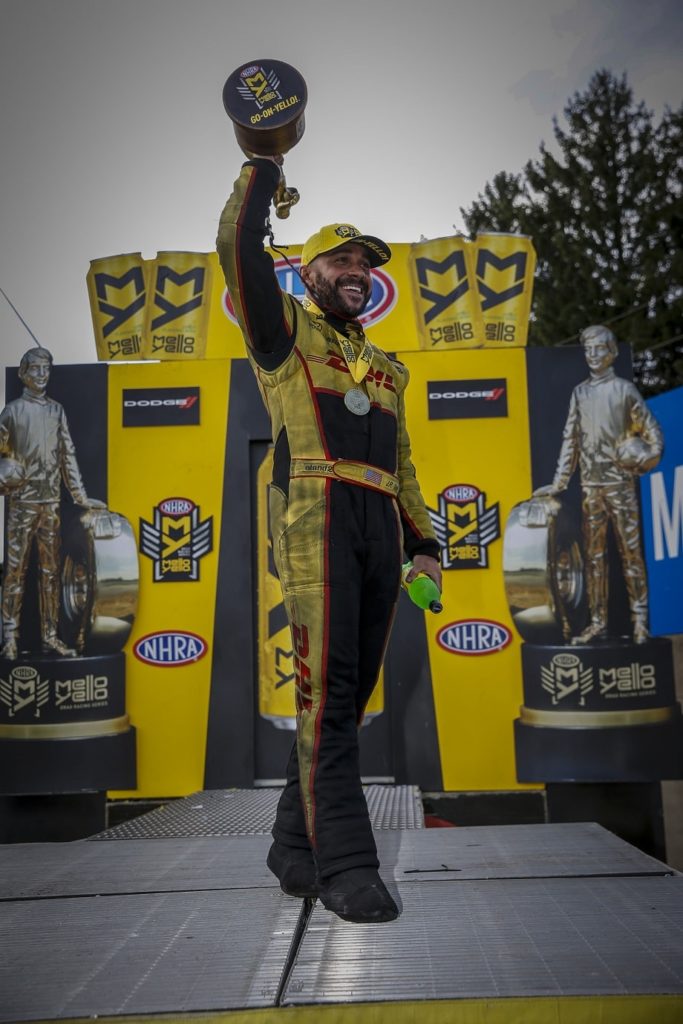 Hot off of his second consecutive Indy win, J.R. Todd kept his streak going after defeating Bob Tasca, Mike Smith and defending event winner Ron Capps to take on Tim Wilkerson in Sunday’s final elimination round. Thanks to a 3.972-second pass at 319.90 MPH in his 10,000 HP DHL Toyota Camry, the new Funny Car point leader would earn his fourth win of the 2018 NHRA season, 12th of his career and, most importantly, a 100th win for Connie Kalitta as well as the entire Kalitta Motorsports team.

“This win makes all the hard work over the years’ worth it,” said Todd. “I can’t thank Connie and this amazing team for all that they have done for me. These guys know how to win, and we just want to keep winning by racing smarter throughout the rest of the season.”

Thanks to his impressive win, Todd has now moved into the Funny Car points lead 23-points ahead of defending Funny Car champion Robert Hight heading to the Midwest Nationals at Gateway Motorsports Park. 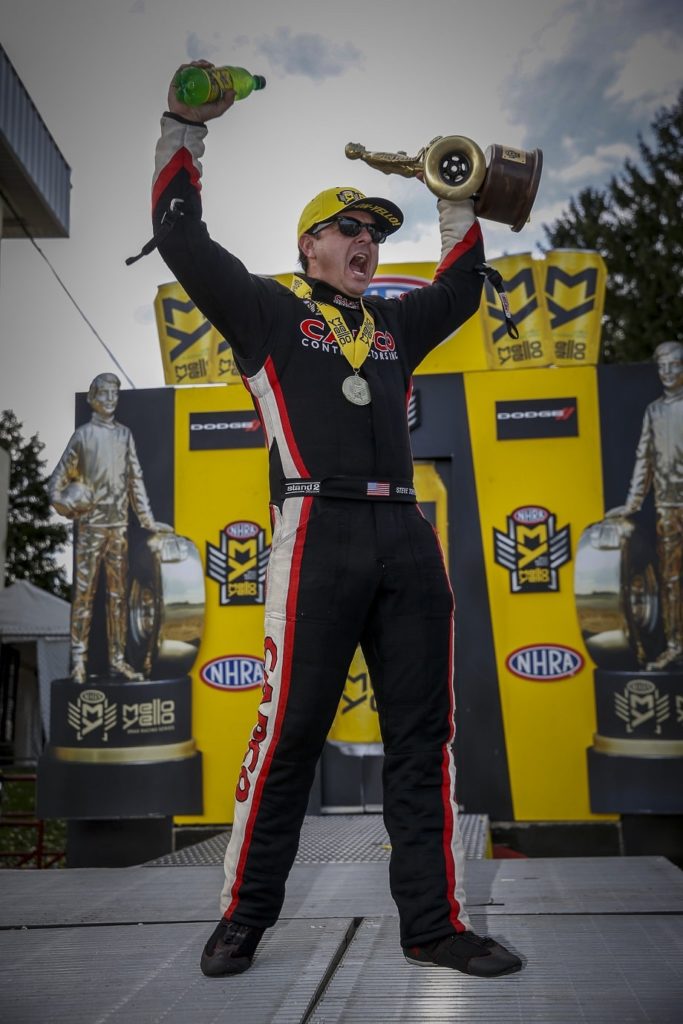 Todd wasn’t the only driver to earn an impressive win at Maple Grove Raceway. Like many other times this season, Top Fuel phenom Steve Torrence once again advanced to yet another final round after taking down challengers like Mike Salinas and No. 1 qualifier Clay Millican in order to face eight-time world champion Tony Schumacher.

After an impressive pass of 3.819-seconds at 325.45 MPH against Schumacher’s 4.196-second pass at 234.82 MPH, Torrence would pick up his sixth victory of the season as well as his first victory at Maple Grove Raceway.

“This is a great way to start the Countdown to the Championship,” said Torrence. “We are not here to be second-best and we want to do everything that we can to solidify that as this championship chase continues.”

Thanks to this win, Torrence also continues his Top Fuel points lead as he and his Torrence Racing team races into next weekend’s Midwest Nationals. 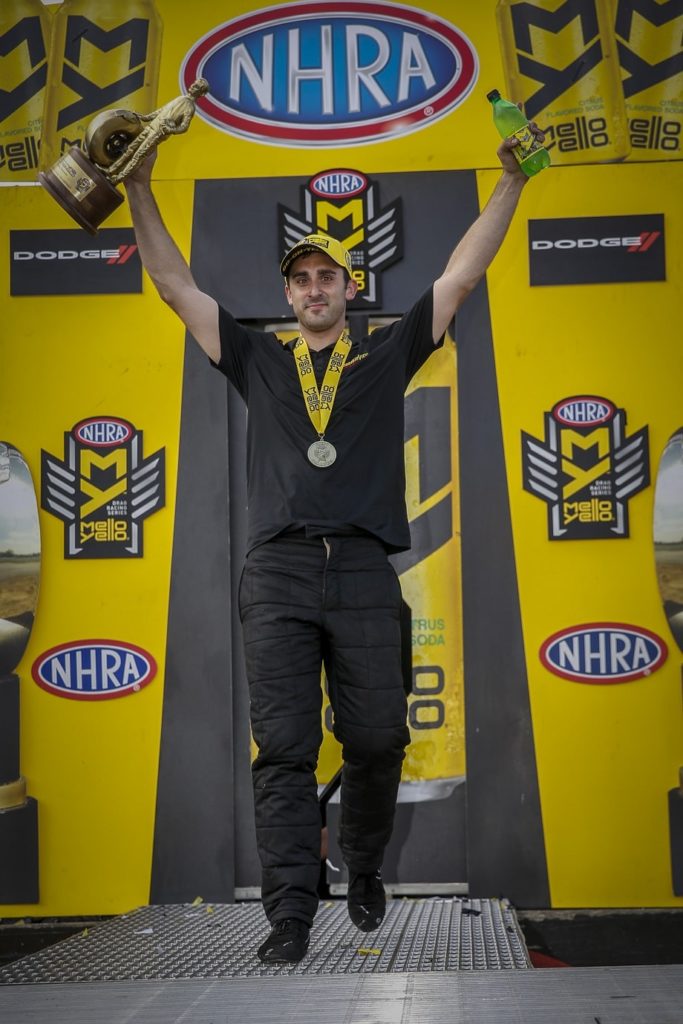 The first race to the 2018 NHRA Countdown to the Championship also led to yet another win for Pro Stock driver Vincent Nobile. After knocking off Matt Hartford, Erica Enders and Greg Anderson, Nobile reached his 25th career final round against Drew Skillman.

Thanks to a 6.586-second pass at 210.01 MPH, in Sunday’s final round he not only earned his third victory of the season, but also his second career win at Maple Grove Raceway.

“What a great way to start the Countdown to the Championship,” said Nobile. “If you really look at it, every single team competing can win races like this one; it is just a matter of who is competing at the top level each time. All in all, we have a pretty good racecar and as long as we can be in the top six in qualifying as this chase continues, we will be in a great place in the chase for the Pro Stock championship.”

Thanks to this victory, Nobile also moved to second in the points standings as the Countdown to the Championship continues.

The NHRA Mello Yello Drag Racing Countdown to the Championship continues at the AAA Insurance NHRA Midwest Nationals Sept. 21-23 at Gateway Motorsports Park, in Madison, Ill. Stay tuned to RacingJunk.com for all your NHRA coverage!