Winter is slowly slipping away, which means it’s time to get back to racing – and the season opener of the National Hot Rod Association (NHRA) sure did not disappoint after giving three legendary drivers their first wins of the 2020 season. It began with Top Fuel phenom Doug Kalitta, whose final-round defeat of Austin Prock made Top Fuel history with his third straight win at the season opening Lucas Oil NHRA Winternationals, a feat not even accomplished by six-time Pomona Top Fuel great Don Garlits. Don Schumacher Racing’s own Jack Beckman also checked another box off his career to-do list by scoring his first Funny Car victory at the season opening NHRA Winternationals after taking down John Force in Sunday’s final elimination round. Topping off this renowned season opener was a 64th Pro Stock victory for Jeg Coughlin, Jr., who outran fellow retiring driver Jason Line on Sunday. 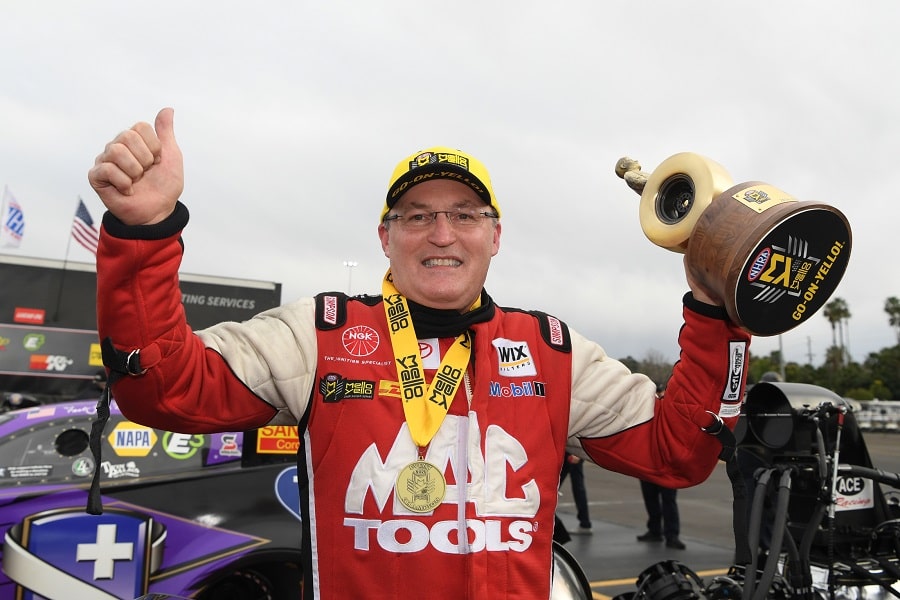 After qualifying fifth in his Rob Flynn/Troy Fasching-tuned Mac Tools dragster, Kalitta and his hardworking Kalitta Motorsports team had to put in some serious effort during Sunday’s elimination rounds. He lost ground in round one after some tire shake, but still pullied off a win against Brandon Welch. This team and its driver then found some serious footing in round two with a 3.705 ET to stop rookie Justin Ashley, setting up a semifinal date with low qualifier Brittany Force.

Despite setting the track speed record in round two with a blast of 336.23 MPH, the third-fastest run in Top Fuel history, Force fell to Kalitta in the semifinals after powering to his best run of the event, a 3.675. This victory kept Kalitta undefeated in nine semifinals and put him into a Pomona final for the sixth time in the last seven races held at Auto Club Raceway at Pomona.

“It was definitely an interesting weekend with lots of close racing,” said Kalitta. “It worked out well though. I am really proud of my guys because they busted their tails and even after tearing up some parts, it came out all good.” 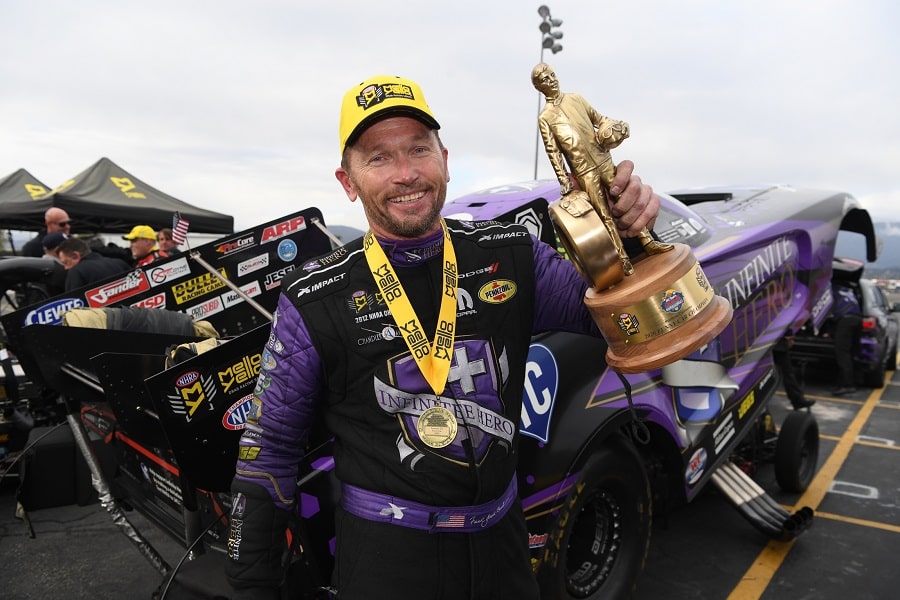 Kalitta would not be the only driver to check something off his bucket list at this weekend’s Lucas Oil NHRA Winternationals. After overcoming a small fire in his first-round victory over Steven Densham, Jack Beckman continued his climb up the ladder during Sunday’s elimination rounds after taking down his teammate Ron Capps in round two with one of the most impressive Funny Car battles of the weekend at Pomona. Before moving onto Sunday’s final against John Force, Beckman also stopped comeback driver Alexis DeJoria from reaching her 10th career Funny Car final and competing for her first Wally since 2017. Thanks to DeJoria losing traction early in her ROKit Toyota, she would fall short to Beckman’s 3.843 second pass.

After pulling to the line for Sunday’s final round, Beckman continued to prove that he was the one to beat in Pomona. Although he had to take down one of the NHRA’s best Funny Car legends, Beckman’s ability to power his Dean Antonelli- and John Medlen-tuned Infinite Hero/Don Schumacher Racing Dodge to its best run and lowest ET of the meet, of 3.837-seconds, made him appear to be the newest superstar to watch.

“It was definitely a cool weekend,” said Beckman. “To defeat John Force in the final and earn two victories in a row at my home track is beyond magical. The Infinite Hero team has been amazing. We were top two every run in qualifying, except for the first round. Our car was absolutely amazing. As a driver, you don’t want to limp your way into the winner’s circle. It was awesome for us.” 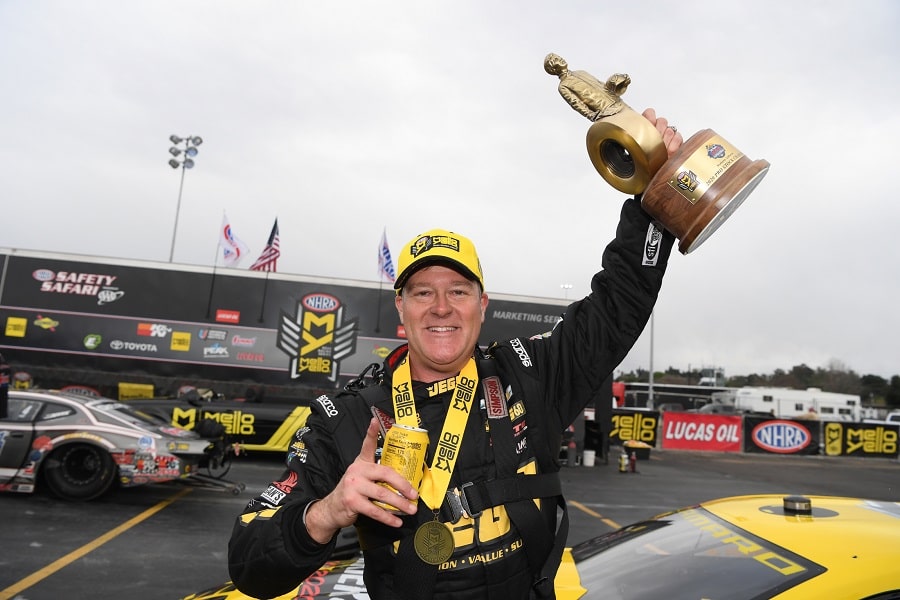 After announcing his retirement on Saturday, Jeg Coughlin Jr. started his retirement tour with his own dominating run at the Lucas Oil NHRA Winternationals. After earning the Pro Stock pole position for the 33rd time in his career, Coughlin would head into Sunday’s elimination rounds with the lowest ET times and eventually drive to Sunday’s final against fellow future retiree Jason Line. Line left first by nearly a hundredth, but Coughlin drove past the Summit Chevy Camaro driver, running a 6.522 at 210.80 MPH to Line’s 6.565 at 209.56 MPH.

“It was quite a weekend to start my retirement tour,” said Coughlin. “Rickie Jones and Richard Freeman – the whole Elite team did a fantastic job over the winter. I can not recall a time in my 20-plus year career in Pro Stock that I was low for each one of the sessions and won the race. That is quite a testament to the team and hopefully it is something that we can hold on to going forward this season.”