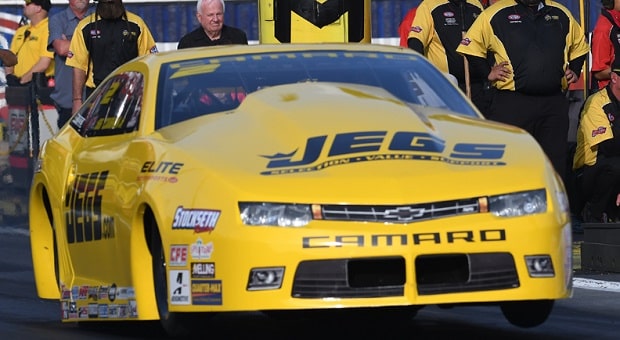 This upcoming weekend’s 60th annual Lucas Oil Winternationals heralds more than a few hallmarks as the NHRA begins its 2020 season. Not only is the season-starter a 60th anniversary for a race held at Auto Club Raceway in Pomona, considered the series’ “home” track, it’s also the beginning of a 50th anniversary of the Pro Stock car category, which has brought manufacturers to compete for the previous 49 seasons.

NHRA is planning several special competitions to recognize the door-slammers’ 50th year, including some nostalgia racing at the upcoming event. No doubt it will herald the legends of the class like Bob Glidden, Ronnie Sox, Bill “Grumpy” Jenkins, Lee Shepherd, Darrell Alderman, Warren Johnson and so many others.

One current driver who’s expecting a banner year is Jeg Coughlin Jr., driver of the No. 2 JEGS Chevrolet Camaro for Elite Motorsports. Coughlin has five Pro Stock championships to his credit and will be looking for his sixth in his family’s 60th year in business. Yes, JEGS Mail Order has been operating since 1960, making 2020 an anniversary year the Coughlin family is hoping will bring the clan another NHRA Pro Stock title.

With 82 national event titles to his credit – including 63 in Pro Stock – Jegs Coughlin Jr. is coming off a 2019 season that saw his familiar black-and-yellow colors capture the season finale in Pomona, the Auto Club NHRA Finals, even as he watched teammate Erica Enders secure her third Pro Stock title for their Elite Motorsports team. It was his second consecutive runner-up season and Coughlin Jr has finished in the top 10 on 19 occasions in a pro career that began in 1997.

Coughlin is no stranger to success on Pomona’s Auto Club Raceway dragstrip, having secured seven victories in 14 Pro Stock final round appearances. His initial Pro Stock start came at the Pomona track in the 1998 Winternationals – and with that debut he reached the final round. Pomona has been good to the Coughlin clan and especially Jeg Coughlin Jr.; of his 27 round wins at the Winternationals, Jeg Jr., fully seven have come through a starting line holeshot. In all, Coughlin Jr. has 105 holeshot round wins and is considered one of the best leavers in the business.

Even though the Pro Stock category is racing in 18, rather than the 24 events allocated to the Top Fuel and Funny Car nitro classes, the season-long fight for championship honors has regularly come down to the season finale. For that reason Coughlin Jr., along with his very strong competitors, is preparing through extensive testing, particularly at the mid-Florida Bradenton dragstrip, where Coughlin has exercised his Chevy Camaro in anticipation of this weekend’s competition.

“We couldn’t be more excited, as a family and a business, to celebrate the 60th anniversary of JEGS,” said Coughlin Jr. “Reaching milestones like this gives us a great opportunity to look back on what we have achieved and our past successes, both on and off the track. It’s just great to take the time and reflect on where we came from, where we are and where we are going.” 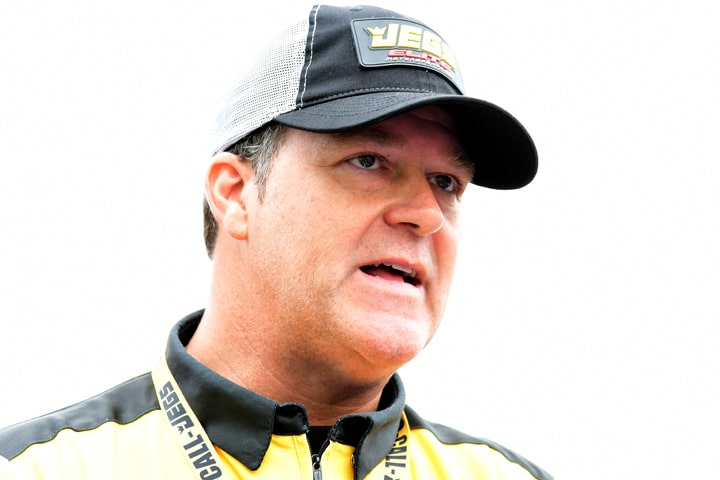