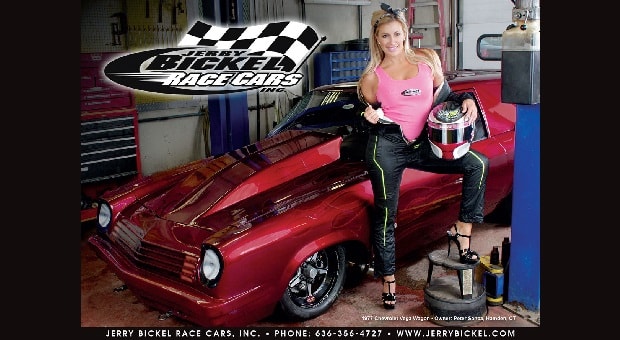 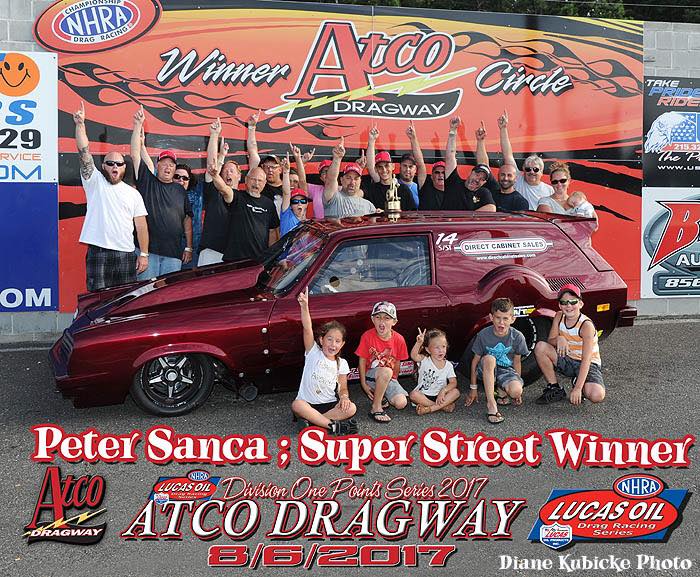 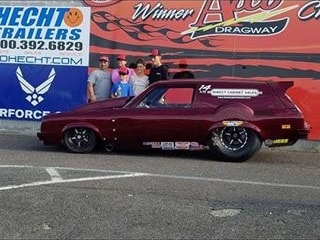 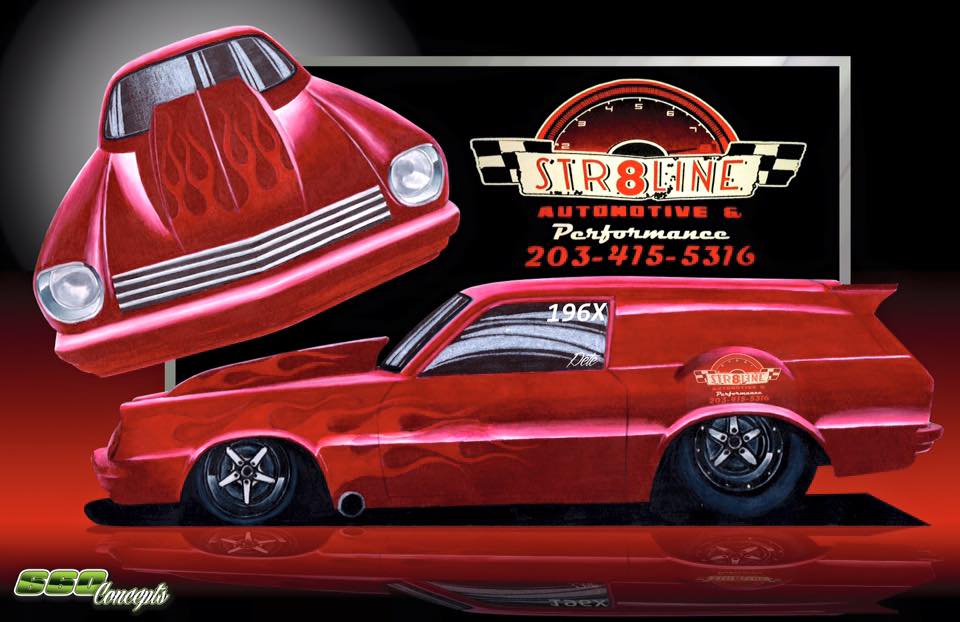 As faithful fans of RacingJunk.com know, every year we create a calendar featuring our gorgeous models to help you keep track of your plans for the racing season. This year, for the first time ever, we'll also be running monthly features on the cool calendar cars sharing the spotlight!

Peter Sanca was just 13 years old in 1986 when he and his father acquired a 1977 Chevrolet Vega Wagon. The father-son pair would soon install a 305ci motor with a turbo 350 transmission to give this street car some much needed punch. As time went on, Peter was bitten by the Drag Racing bug. The car became an ever-evolving project, having more engine and transmission combos than Peter can recall; at one point it even had an Oldsmobile engine dropped in with a 350 diesel block, crank and rods.

Nowadays, it is a formidable foe for anyone who lines up against it on the strip. It's currently sporting a JA Performance 533” Big Block Chevy engine producing 780HP that will make anyone turn their head. I had the pleasure of being up-close and personal with this car, and let me just say: The motor will shake you to your core. Mated to the big block is Accurate Transmission’s Powerglide with an ATI case and 1.80 gear set. The power is then pushed into a Dana 60 rear end with Strange 40 spline gun drilled axles and spool, along with 4.56 pro U.S. gears.

The work Pete has put into this car shows, with best performances of 9.90 @ 151mph in S/G trim and 10.90 @ 148mph in SST. Pete was the winner of the Atco Dragway NHRA divisional race this year, along with winning the best-appearing award at Englishtown NHRA national event. He finished 5th in points in Division 1 SST while only attending 5 out of the 8 possible races. Pete is looking forward to competing for a championship this year with his sponsors Direct Cabinet Sales, Str8line Performance and New Haven NAPA.

This car is as much beauty as it is beast; the immaculate paint job was done in-house by one of Pete’s best friends, Ron Marek. Chris Depascale did the flames, and they really make this car pop. In fact, the entire paint scheme was something Peter’s wife Bree had envisioned, and it's come out better than he could have ever imagined.

Pete will be the first to admit to you that none of this would be possible without his family. His crew consists of his wife Bree, along with his children Hannah, Brennan, Ashley, Regan and his youngest, Peter. Pete echoed that statement during our interview, stating, “I couldn’t do any of this without the help and support my family gives me year in and year out.”

One thing is for sure: Pete and his ‘77 Vega Wagon aren’t going anywhere, and we are honored for him to be our January Calendar Car. Keep an eye out for him at this year NHRA events!

Pete's fantastic Vega Wagon isn't the only amazing car featured in our 2018 calendar. Want to see the rest of them, but don't have the calendar yet? You can find it right over here on our store.
Back to Post