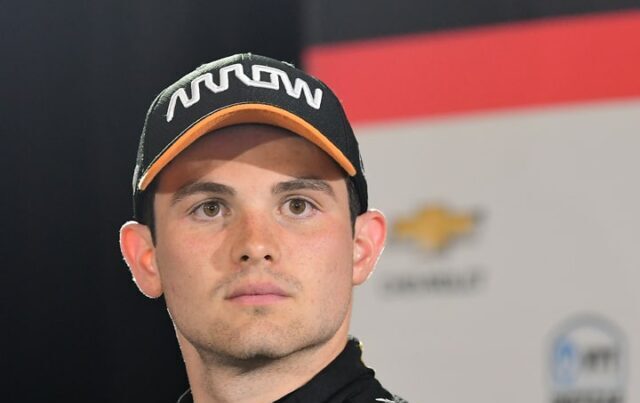 The NTT IndyCar Series held its Chevrolet Detroit Grand Prix, Dual in Detroit last weekend. The action was deep and plentiful over the two-races-in-two-days format, with only a single, late Friday practice before daily qualifying and racing. With 25 cars on the 2.35-mile 14-corner track, it was expected to be a tight, competitive weekend and it delivered even more than was expected.

In the aftermath, two of the sport’s young stars won’t be at Road America this weekend. On Saturday, Felix Rosenqvist’s No. 7 Arrow McLaren SP Chevrolet-Dallara had an astonishingly hard hit in the sixth turn on lap 23 that caused a red flag for extraction and clean-up. It didn’t look good, but somehow Rosenqvist escaped any threats to life and limb. The Swede was evaluated overnight and released, saying he was sore.

Then, once the cars were off-track and departing for next weekend’s Road America race, there was a training accident that befell Ed Carpenter Racing’s Rinus VeeKay, winner of the GMR Indy Grand Prix on the Indianapolis Motor Speedway road course. He’d taken his No. 21 Chevy-powered racecar to a second-place result on Saturday afternoon, joining first-time winner Marcus Ericsson’s Chip Ganassi Racing car, powered by Honda and fellow Chevy racer Patricio O’Ward of Arrow McLaren SP (AMSP). O’Ward became the first two-time winner for the 2021 campaign after his ballsy race from 16th to first on Sunday afternoon.

VeeKay had surgery for his broken clavicle after the bicycling incident on Monday and would not be cleared to drive at Road America. His team elected to hire substitute driver Oliver Askew, who admirably assisted his former team AMSP on Sunday, subbing for Rosenqvist and might have been their choice had Ed Carpenter Racing not asked him to sub for VeeKay. Once that set of musical chairs was complete, AMSP called on Kevin Magnussen, who drove for McLaren’s Formula One team in 2014, scoring a second-place result in that year’s season opener, the Australian Grand Prix.

Magnussen races for Chip Ganassi Racing in IMSA’s WeatherTech SportsCar Championship and earned victory at the Detroit IMSA race in the team’s Cadillac DPi, his first since taking five wins with DAMS in the Formula Renault 3.5 Series in 2013. That’s eight years and the Dane was relaxed and happy after marking that achievement last weekend. Chip Ganassi Racing released Magnussen – on a temporary basis – to drive for AMSP this weekend.

Hardly anyone was expecting a clean pair of races for the Indy cars on this rough, tough park circuit, which adds bumps with each winter’s heave. Still, there were only a pair of stoppages – both red flags – in the first race – one for Rosenqvist’s accident early in the going and the second for Romain Grosjean’s contact with the ninth turn wall; he was uninjured but INDYCAR elected to throw red for cleanup of the area and in order to facilitate a sprint to the end of the 70-lap contest.

At the time of the red flag, Team Penske’s Will Power was in the lead and brought the balance of the field to pit road. He, being first to the pits, was emphatic about the need for a fan to cool his Chevy engine on this hot late afternoon, but he was unable to secure fans until the balance of the field was stopped. Once the call was given to restart, Power’s car would not re-fire, which the team later stated was due to the need to restart the engine in sequence, something they weren’t able to do. The engine decided not to reboot without the assistance of a Chevy engineer. Power was furious.

That gave first place to Marcus Ericsson, now in his second year for Chip Ganassi Racing and he held the point, getting a great jump from VeeKay on the restart, one that he held to the first checkered flags of his INDYCAR career. He was followed by a ferocious battle between VeeKay and O’Ward, with two-time Indianapolis 500 winner Takuma Sato and teammate Graham Rahal (Rahal Letterman Lanigan Honda) rounding out the top five. Their sometime teammate Santino Ferrucci was sixth, Alexander Rossi seventh for Andretti Autosport (Honda), six-time reigning champ Scott Dixon took eighth in the No. 9 Ganassi Honda, Ed Jones was ninth for Dale Coyne Rxcing with Vasser Sullivan (Honda) and two-time INDYCAR champ Josef Newgarden took tenth place for Team Penske.

Everyone either licked their wounds or celebrated overnight following this raucous race No. 1, a contest in which only three cars failed to finish. They were, obviously Rosenqvist and Grosjean, together with seven-time NASCAR champ Jimmie Johnson (Ganassi Honda), who had mechanical difficulties and only completed 49 laps.

Come Sunday, the Indy cars had an early qualifying session for the second race, using a different type of knockout qualifying this weekend for the two races, two rounds of initial qualifying followed by a 12-driver shootout for those top dozen starting slots. Like Saturday’s race, this would be a 70-lap jaunt around the 14-corner, 2.35-mile Belle Isle road course. This time it would be Newgarden at the front of the field, followed by Andretti Autosport’s Colton Herta (Honda) and VeeKay in third.

The action began at the start when Max Chilton’s Carlin Chevy made contact in the fourth turn after some tussling; that yellow would last through the third lap, after which green flag running commenced until the 54th lap, with Johnson spinning in the second turn (and continuing, albeit a lap down to the leaders). Throughout this fast race, Newgarden kept to the helm of the race and would only cede the lead on the final three tours of the picturesque circuit, when O’Ward found his way past after the third and final caution of the weekend – for another off-course excursion and fire – for Grosjean.

Now dubbed “The Phoenix,” Grosjean leapt from his brake-affected on-fire Honda-powered car and went for a fire bottle from corner workers. He was in the midst of starting to spray when the AMR Safety team arrived and took over. The Frenchman is looking for some rebound luck – likely any luck – after some tough times this year as he gets his feet wet in INDYCAR. He would be one of only two retirements, the other being Oliver Askew, subbing for Rosenqvist, who completed 46 laps and cited a powertrain issue for his retirement.

Once past the hapless Newgarden, who ended his race on the alternate, red Firestone tires that had a tendency to lose efficiency in a short number of laps on the bumpy park circuit, Mexican O’Ward romped to a more-than five-second margin of victory over Newgarden. “It’s just the caution that killed us,” the Tennesseean said. “My rears were shot and we really didn’t need that.” O’Ward took a 6.7595 second margin of victory over Newgarden, while Ganassi-Honda racer (and Barber Motorsports Park victor) Alex Palou finished third, a couple of tenths behind Newgarden and nearly seven seconds behind O’Ward.

After splashing with joy – with his AMSP team – in the Victory Lane fountain, O’Ward left the Motor City in the points lead with 299 points, followed by Palou, a single point behind him) and the relentless veteran, Scott Dixon in third with 263 points. Newgarden is fourth, VeeKay fifth, Team Penske’s Simon Pagenaud holds sixth place, followed by Ericsson, Rahal, Herta and Sato completing the top ten.

Now it’s on to the REV Grand Prix at one of America’s most cherished racetracks, the four-mile, undulating Road America road course. The entry list remains at 25 racers – no Ferrucci this weekend after he crashed in Sunday qualifying and forced the Rahal Letterman Lanigan team to get all hands on deck for Sunday’s race, which he finished in tenth place. The third Dale Coyne Racing Honda will take that space with Rick Ware Racing’s Cody Ware making his INDYCAR series debut.

The weather in Elkhart Lake this weekend could throw a few curves, as Friday will be right around 90 degrees, followed by a clear and sunny, high-70s Saturday and scattered thunderstorms for race day with temps down to the mid-70s.