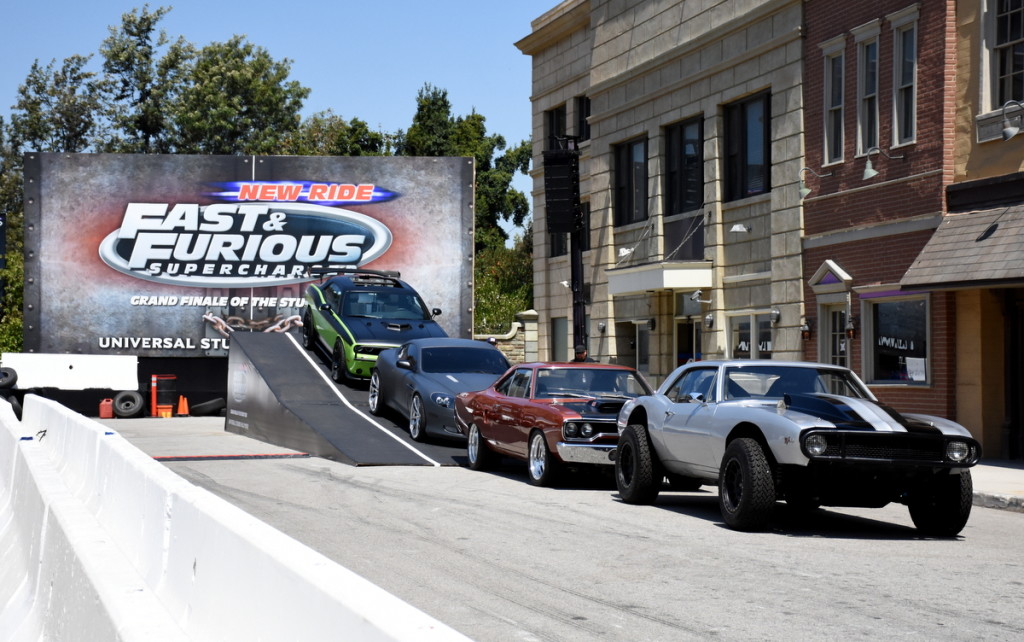 Some of the most recognizable muscle cars from the Fast & Furious movie franchise were assembled on the legendary backlot of Universal Studios Hollywood to celebrate the launch of their all-new Studio Tour grand finale, Fast & Furious – Supercharged.

Over by the main stage, a 2011 Dodge Challenger SRT-8, an Aston Martin DB9, a 1970 Plymouth Roadrunner and a heavily modified 1967 Chevrolet Camaro Z28 from the film Furious 7 sat quietly on a ramp.

Guests were also given full access to another handful of movie cars, where they could sit inside them and live out their supercharged fantasies.

Of course the festivities wouldn’t be complete without an appearance from Dominic Toretto himself.

With all of this high-horsepower muscle sitting around, a traditional ribbon cutting ceremony simply wouldn’t do. This is a much better way to kick-off the next adventure in the Fast & Furious universe:

Visit our sister site, 6SpeedOnline, to see a full photo gallery of the event along with first impressions of Fast & Furious – Supercharged, an immersive hydraulic motion-based ride.