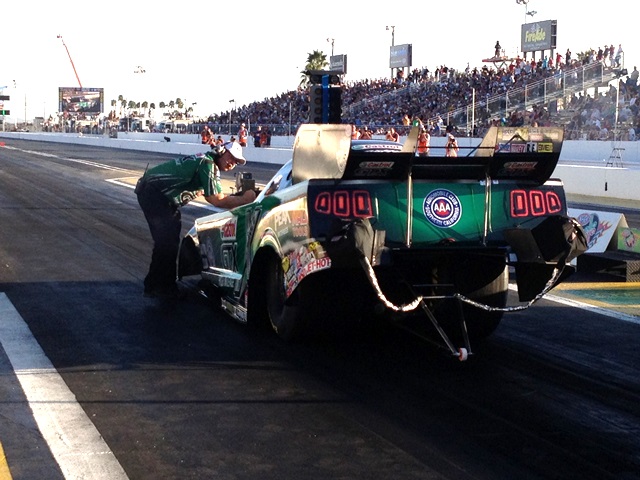 When the National Hot Rod Association rolls into Gainesville every spring, the vibrant college town changes from an athletic center to a palace of speed quicker than the spinning wheels of a Top Fuel dragster.

The electrifying Amalie Oil Gatornationals has always been a favorite of NHRA fans since its inception in 1970 and they make the annual trek every year to take in the weekend festival of speed.  It’s the east coast debut of the NHRA and for years has been one of the show places in the evolution of speed and horsepower as one of the more outstanding events of the season.

There’s plenty to look forward to in the weekend ahead, but this isn’t your normal ribbon of asphalt and concrete. It’s a retrospective of all that has happened in the racetrack’s historic past.

Looking back at all the remarkable accomplishments at this famed quarter-mile, none stands out more than March 20 at 4:44 p.m. in 1992 when Kenny Bernstein became the ‘King of Speed’, shocking fans with a 301.70 mph qualifying run with his pass of 4.823 seconds.

The Florida track is near the hometown of Big Daddy Don Garlits, who personally has written and rewritten the record books at Gainesville Raceway.   It didn’t take him very long to score his first of four Gatornationals wins in 1972 when he ran a time of 6.15 seconds, then the quickest time in class history and defeated Clayton Harris in the finals.

He won again in 1977 in a two-year old car pulled out of his museum in neighboring Ocala and in 1978, drove one of his rare dragsters, defeating low qualifier, Kelly Brown, in his one-time blue and white Valvoline livery.

Don ‘The Snake’ Prudhomme is still a Gatornationals favorite and his winning there five times (three in a row 74, 75, 76 – 80, 87) was a marvel to watch. His last win in 1987 the Snake’s first victory in 55 races since coming out of a one-year layoff. He drove his Skoal Bandit Pontiac Trans-am to a win against Roland Leong’s Hawaiian Dodge driven by Johnny West.  The crowd was glued to their seats, and as The Snake came back up the track on the return road, the packed throng of fans started chanting  “Snake’s Back, Snake’s Back” so loud it caused an echo effect throughout the Florida swamplands bringing the veteran driver to tears of appreciation to his loyal fans.

No one has dominated the Funny Car division at the Gainesville track like seven-time Gators winner John Force.  Force has won five in a row (92-96), but the 16-time Funny Car champion hasn’t visited victory lane since 2001. But so far in 2014, after winning the season-opening Winternationals, the 1996 Driver of the Year and points leader looks primed to add another Florida victory to his total. 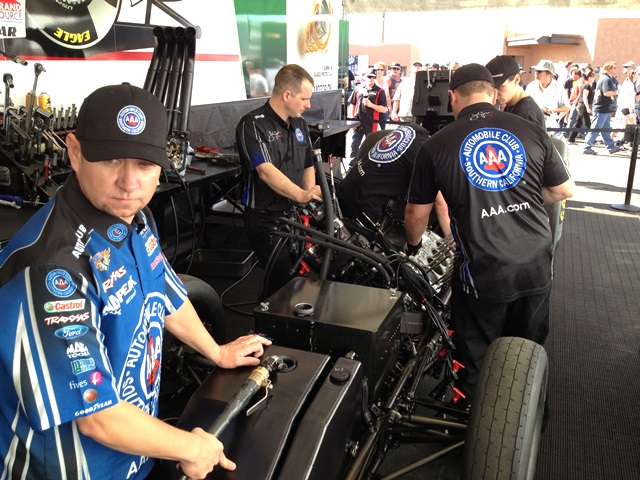 One of Force’s favorite memories of the Gatornationals was in 1979, working a deal to be sponsored by the local Wendy’s restaurant, he raced during the day, and loaded up the race car to take it to the nightly restaurant autograph session and show car appearance joining his idol, Don Prudhomme greeting fans developing his patented smile. Force would be the first to tell you it’s sacred ground.

Warren Johnson is the all-time win leader with nine Pro Stock victories, stealing the show time after time starting in 1984, but hasn’t been to victory lane in Gainesville since 2000.

The Amalie Oil Gatornationals signify the start of the 16-race Mello Yello Pro Stock Motorcycle series with Matt Smith out to defend his championship.  The sea-level air produces quick times and in 2005, the six-second barrier (6.991) was shattered by Andrew Hines just adding more to the legacy of Auto-Plus Raceway at Gainesville.

The history of Pro Stock at the Florida track began with a legendary pairing in its first Pro Stock final. It ended up with Ronnie Sox driving the famed Sox and Martin Plymouth Barracuda Pro Stocker against Grumpy’s Toy Chevrolet Vega with the Bowtie camp coming home victorious winning on a hole shot (9.90 to 9.86 ET) over his fierce Chrysler rival.

This weekend, Mopar will be revealing a new Dodge Dart hot rod Pro Stock car in the J&J Racing camp with Allen Johnson and Jeg Coughlin behind the wheel.

Gainesville Raceway was the site of Darrell Gwynn’s last Top Fuel win in 1990 before his tragic accident at Santa Pod Raceway, England on Easter Sunday.

Gordie Bonin snapped Snake’s record of 13 consecutive final round appearances with his win against him in 1977 in the semis. Mysteriously, he found Gainesville’s combination and won in the odd years from 1977 through 1981.

Both Top Fuel’s Joe Amato and Funny Car’s Kenny Bernstein break through the 260 barrier in 1984.  It was on the Saturday of race weekend giving the event the unique distinction of the first and only time in the history of the NHRA, having both professional divisions breaking the same speed barrier at the same event.

Just to show you how much has transpired in tradition since 1970 when the track opened, Big Daddy was driving Swamp Rat 13.

The Auto-Plus Raceway at Gainesville has plenty to say in 2014 and this year’s edition could be another all-timer. 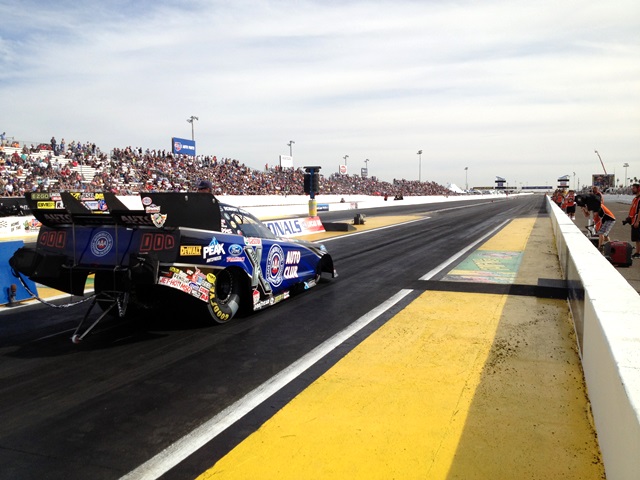