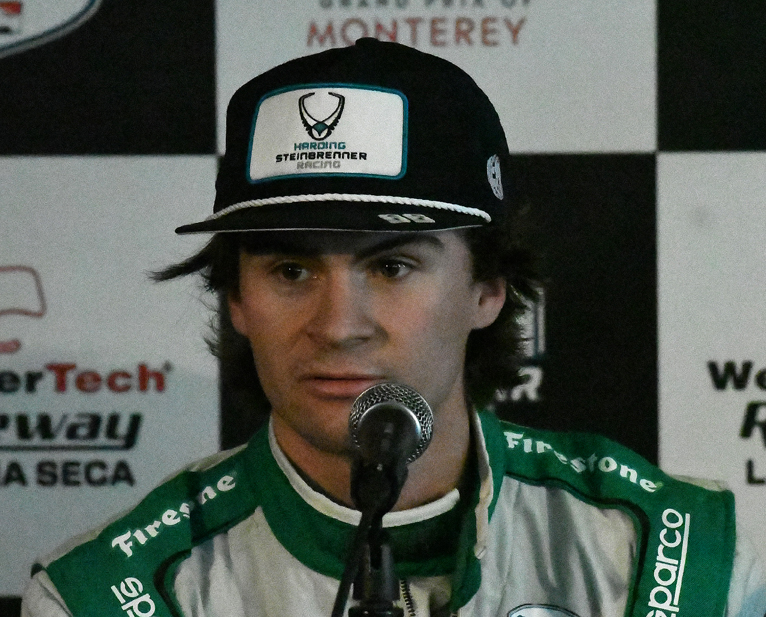 Although the NTT IndyCar Series won’t be racing again until March 7, 2021, like so many other sanctioning bodies, there is a good deal of movement taking place within the series and its teams in this long off-season.

Paramount among the team moves is the elevation of second-generation ascending star Colton Herta to the Andretti Autosport No. 26 Gainbridge-sponsored, Honda-powered Indy car. Herta, who graduated from the Indy Lights series and became the youngest winner in series history when he took the checkered flags at Circuit of the Americas in 2019 – as a rookie – has shown his worth since then and currently owns three victories in a truly competitive arena.

The No. 26, formerly driven by Zach Veach, had James Hinchcliffe at the wheel for the final contests of the protracted 2020 season, after it was announced Veach would not return in 2021. Gallantly, the driver decided to depart the seat early, giving the Andretti Autosport team a good start on securing the best possible driver for this car.

Colton Herta, who missed out on 2019 Rookie of the Year honors due to some less than inspiring results that year, finished third in the championship in 2020 and secured his reputation with consistent finishes throughout the difficult campaign. He had been driving the No. 88 Andretti-Steinbrenner entry with a rotating array of partners; the stability of a single company supporting Herta’s entry and the beautiful color-blocked Gainesbridge machine should elevate this team mightily.

Herta’s father Bryan, who drove with the Andretti team prior to his retirement from full-time Indy car competition, used the No. 26 on his racecar, so this brings a return to that number, also used by his son in Colton’s early competitive years. In three seasons in the tough NTT IndyCar Series, Colton Herta has earned three victories, secured 10 top-five results and finished in the top 10 on a total of 19 occasions.

“I’m really excited for this new partnership with Gainbridge,” Herta said. “They’ve been a huge supporter of Andretti Autosport and INDYCAR as a whole. The livery is wonderful to look at and will pop at every track we go to; I can’t wait to see that Gainbridge livery at the front of the field.” In addition to its support of Andretti Autosport through sponsorship of the No. 26 for the past three seasons, Gainbridge is the presenting sponsor of the historic Indianapolis 500.

At this time, Andretti Autosport acknowledges its entry of two cars with Herta joining 2016 Indy 500 winner Alexander Rossi. Marco Andretti, who races the No. 98 as part-owner of that team, is confirmed as well, but there’s no word on the future of Ryan Hunter-Reay, who earned his Indianapolis 500 victory in 2012 and won the INDYCAR championship in 2014, both with Andretti Autosport. Hunter-Reay was 10th in the 2020 championship fight, just behind Rossi. 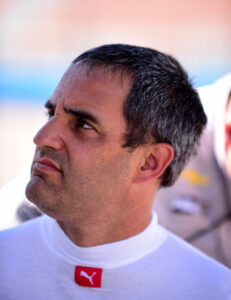 Arrow McLaren SP will have a third racer at the 105th Indianapolis 500 i 2021 and it’s a familiar face. Juan Pablo Montoya, recently released from Acura Team Penske, where he raced in IMSA’s WeatherTech SportsCar Championship, is joining the team in hopes of securing his third Indy 500 race victory. Montoya, who raced with McLaren in Formula One (2006, 2006) after earning his 2000 Indy 500 win, will make his first attempt to win the Greatest Spectacle in Racing since 2017, when he finished sixth with Team Penske.

“Arrow McLaren SP is thrilled to have a driver of Juan’s caliber join the team for next year’s Indianapolis 500,” said team co-owner Sam Schmidt of the racer who joins season-long teammates Patricio O’Ward and Felix Rosenqvist. “His experience will elevate the entire team. When you think that he’s only started the Indy 500 five times but won it twice, that’s impressive.”

Montoya said he is “very excited to be joining Arrow McLaren SP for the Indianapolis 500. I have some great history with McLaren from my F1 days and I’m looking forward to making some more at next year’s Indianapolis 500.” Montoya will continue to contest sports car racing next season, competing with DragonSpeed in both the World Endurance Championship (WEC) and at the 24 Hours of Le Mans in the LMP2 category.

In its bid to further inclusion, INDYCAR has announced a new Black-owned team, Force Indy, which will compete in the Road to Indy ladder system, with the intent of working its way to INDYCAR. Force Indy, according to team manager Rod Reid, will compete in the 2021 Cooper Tires USF2000 Championship, with mentorship from Team Penske. Force Indy will focus on hiring and developing Black men and women mechanics, engineers, staffers and drivers, Reid said.

“I started a race team in 1984,” he explained, “and I have always had a desire to have a team of talented individuals who look like me in the professional ranks of the sport. I have been in and around the sport for 40 years, and this is just the culmination of years of hard work. I simply cannot wait to see this race team on the track this spring.” During its first season, Force Indy will be based in the hometown of Team Penske, Concord, North Carolina.

The Indianapolis Motor Speedway is losing its historian, Donald Davidson, who is retiring at the close of the calendar year. Briton Davidson, who has been informing race fans about the history of the track and all of its events for six decades. From his first visit to the Brickyard in May of 1964, Davidson’s fascination with, and knowledge of the Indianapolis 500 has garnered him respect throughout the world.

Davidson’s decision to step away from his post wasn’t an overnight impulse but, no doubt the current situation with the novel coronavirus and the difficulties in motorsports may have hastened the date. “The years have flown by at an alarming rate – and never in my wildest dreams did I ever imagine this magical ride would last a long as it has,” Davidson said. “Over the last three or four years, I have begun contemplating other areas of my life for which I wish I had been able to spend more time, and this has only been further underscored with daily reminders during the challenging last few months of having to work from home.

“I hope that everyone will understand and respect that this basically private individual, who would really prefer to quietly take a little step back into the shadows without fanfare, has decided the time has come to retire from the official day-to-day duties.” Davidson has served, officially, as IMS historian since January of 1998 and is believed to be the only person in the world to hold that role full-time for a motorsports racetrack.