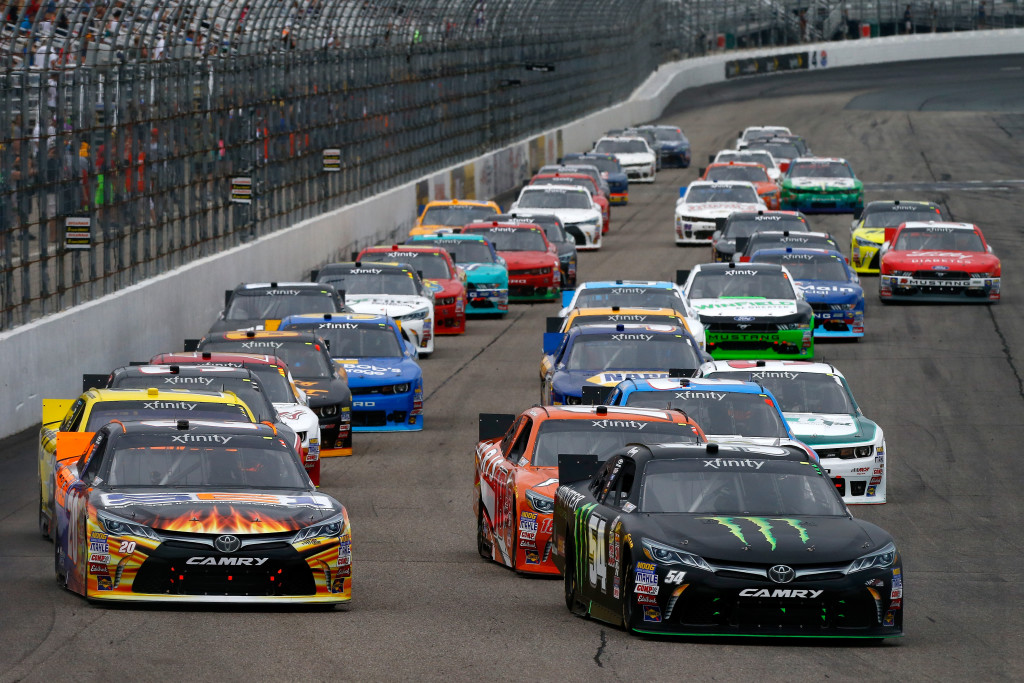 When push came to shove at Saturday’s NASCAR XFinity Series Lakes Region 200, Denny Hamlin labeled it good, hard, short track racing  and runner-up Austin Dillon said it was anything but.

Hamlin, driving the Sun Energy Toyota, clearly had the car to beat, sitting on the pole and leading 145 of the 200 laps at New Hampshire Motor Speedway.  Dillon’s issue came when he briefly took the lead on the lap 179 restart, only to have Hamlin’s car pushed up into his left side in turn three, moving him out of the way.

“What is racing if you can’t race side by side for more than a corner,” said a disgruntled Dillon.  “He never even went through a corner with me the whole race.  Didn’t want to, just moved me, missed the corner, and wrecked me.  I’m fine with racing rough.  I promise you, I can do it to anybody.”

Dillon wasn’t the only driver in Hamlin’s path.  Hamlin also worked over Joe Gibbs Racing teammate Kyle Busch, drawing his ire early in the race by getting sideways and spinning, placing both drivers in the back of the field.

In Dillon’s case, not only did Hamlin’s late race tap  cause him to lose the lead, but it gave an opening for Brad Keselowski and Kyle Busch to move past him, too.  Dillon then had to fight his way back to the front over the closing laps, regaining second but never getting close enough to Hamlin to seriously challenge him.

“Well, he jumped the [final] restart for one,” said Hamlin.  “I’m the control car.  Eventually, I was going to get back around him.  I was a fender ahead and got in there and just washed up into him.  That’s just two guys doing some short-track racing.”

Dillon didn’t see it that way at all.

“That wasn’t good racing,” Dillon said.  “He didn’t want anybody racing him side-by-side for more than a lap.  He wrecked his teammate (Busch) at the beginning of the race.”

“Eventually, I was going to get back around him anyway,” said Hamlin.

Hamlin’s New Hampshire win was his second of the season, following his April win at Richmond.

There were 12 lead changes among seven drivers and six caution flags for 38 laps.  The average speed was 98.342 mph.

Next weekend, the NASCAR XFinity Series moves to the Indianapolis Motor Speedway for the running of the Lilly Diabetes 250 on Saturday, July 25th at the famed 2.5-mile oval. 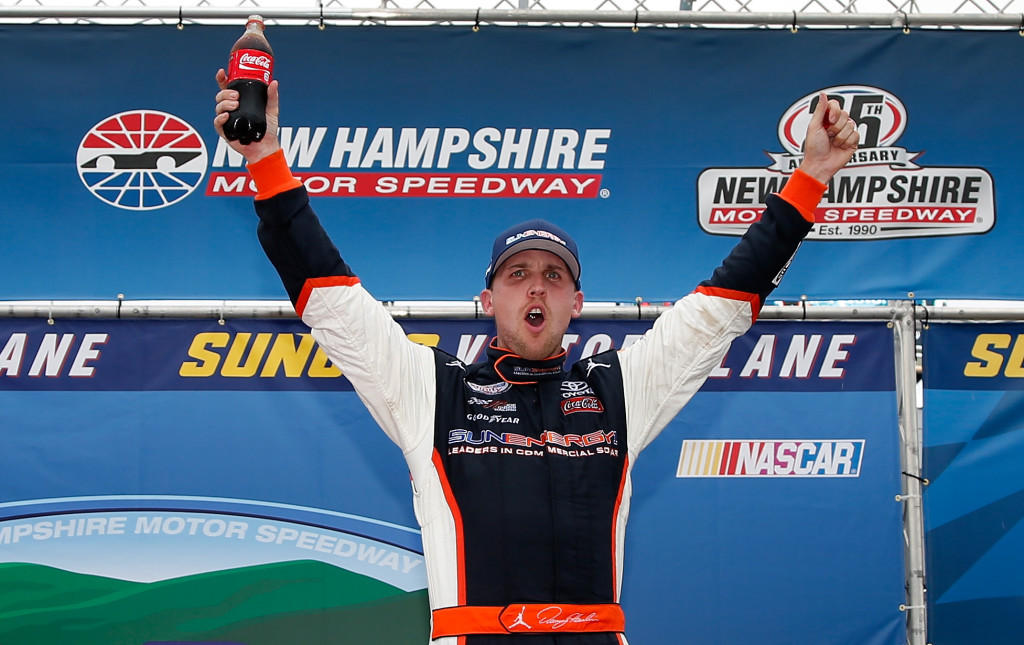