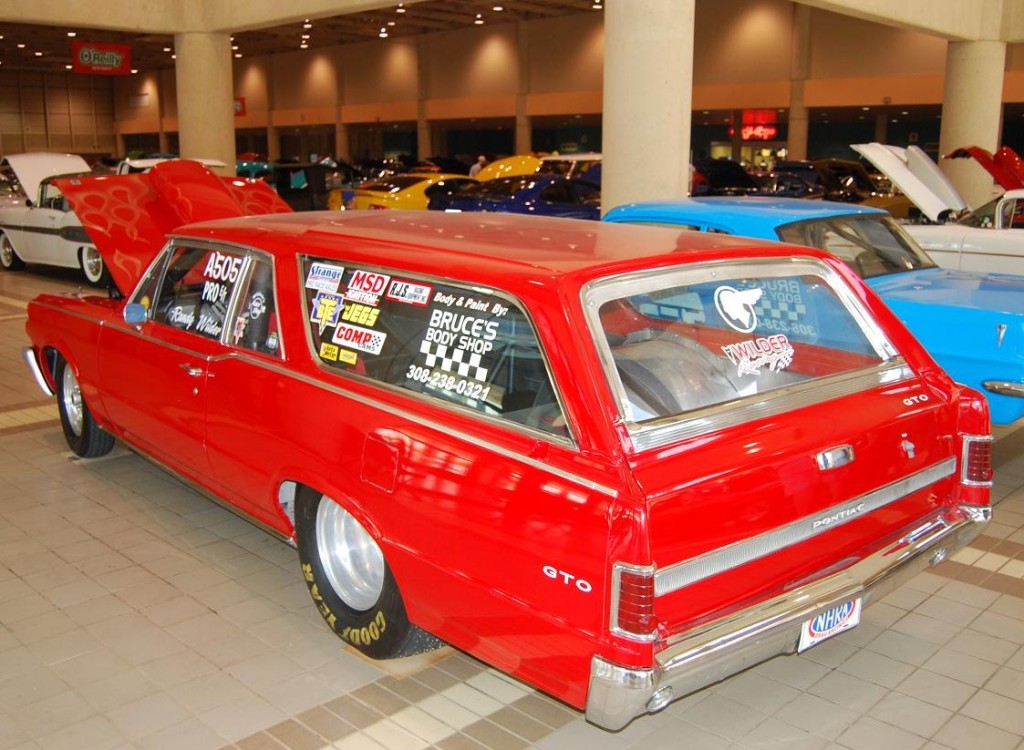 Pontiac and Studebaker race cars pounded the asphalt in Wichita during the June 16-21 Pontiac club (www.poci.org) convention. Studebakers?  Well, the ’53 Studie coupe had a rare intake on its ’58 Pontiac engine. The hardware was purchased in ’63 from Pontiac racer Arnie “Farmer” Beswick.

Other Pontiac racing cars on display at the Hyatt-Regency Century II ranged from a bare-bones ’57 Catalina to the real deal Hot Chief 2 that was on the Royal Pontiac team that GTO daddy Jim Wangers belonged to. Wangers drove the 4-speed Hot Chief 1 to NHRA championships while the Hot Chief 2 ran in the automatic class and made it into the finals.