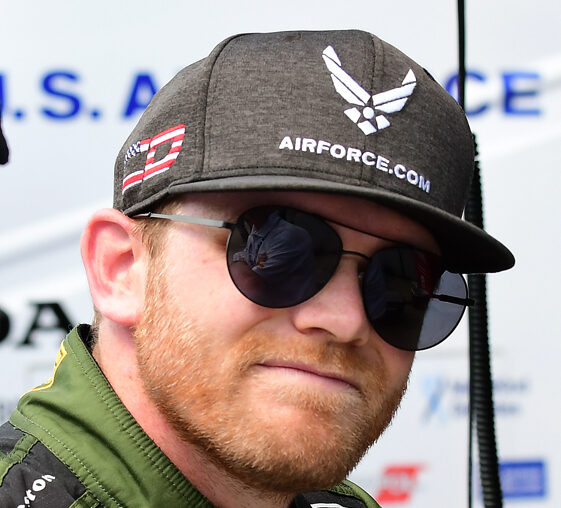 Ed Carpenter Racing has hired former NASCAR  championship crew chief Cole Pearn to join its engineering staff for the upcoming 104th Indianapolis 500. Pearn, who led the No. 78 of Martin Truex Jr to a 2017 NASCAR Cup championship with Furniture Row Racing, stepped away from racing after the close of the 2019 season.

Pearn will engineer ECR’s third entry, the No. 47 U.S. Air Force Chevy for Conor Daly, who has shown his worth throughout this season, racing for both ECR in road and street course races and with Carlin on the ovals. He won pole position for the first Iowa race, a doubleheader held earlier this month. In six races held to date, Daly has been running at the close in five of them and has secured two top-10 results.

Canadian Pearn, who earned a mechanical engineering degree from the University of Waterloo, returned to Canada with wife Carrie and their two young children this year. They own and operate Golden Alpine Holidays, which includes four back-country lodges in British Columbia. He’s also been an analyst for NASCAR.com this protracted season.

“I am super excited to get a chance to compete in the Indy 500 with Conor Daly and Ed Carpenter Racing,” Pearn said. “I wasn’t sure when I would want to get back to racing, but this is a great opportunity to do so. To be able to do it at a high level was too hard to pass up,” he admitted. “Obviously it will be a steep learning curve but getting to work with [No. 20 engineer] Pete Craik again and the rest of the ECR team is about the best situation I could hope for.”

Pearn and Craik worked together at Furniture Row for four years before the Australian moved on to ECR in January of 2019.

ECR has two full-time entries in the NTT INDYCAR SERIES for the 2020 season. Daly, as stated previously, drives the No. 20 on road/street courses while team owner Ed Carpenter handles the No. 20 on the ovals, including Indianapolis, where he has earned two pole positions. Rookie Rinus VeeKay, a graduate of the Indy Lights series is the full-time driver of ECR’s No. 21 Chevrolet.

This 104th Indianapolis 500 will be Pearn’s first as an engineer and also marks Daly’s first Indy 500 with ECR, so they’ll both have to hit the stride quickly when practice gets underway on Tuesday, August 11. “We’re both going to have to get up to speed with this ECR operation,” Daly acknowledged, “but I can’t wait. Cole has had an incredible amount of success in the NASCAR world and now we’ll be going for our first Indy 500 win together.” Daly had his best finish at Indy last year when he took 10th place at the checkered flags, racing with Andretti Autosport.

While not mutually exclusive, as seven-time NASCAR champ Jimmie Johnson showed with his successful test this past Tuesday of a Chip Ganassi Racing Honda Indy car, these two disciplines are very different from one another. Yes, both cars have four wheels and an engine, but set-ups to produce speed in an Indy car are vastly different from those in a Cup car. Not only the fact that these are open- vs closed-wheel cars, the weight, its distribution and the quick reactions of the Indy car are a huge difference from what constitutes a Cup car.

Pearn has a big learning curve ahead of him and, despite the fact that the Indy 500 does allow for several days of practice, two days of qualifying and then a week to second-guess before racing on August 23rd, it’s a very different animal from Cup contests. If there’s any driver to assist in that learning curve, it’s Daly, who has earned accolades for his ability to jump into a car and produce good results.

As a driver who has a reputation for being a great substitute, Daly has been able to take an unfamiliar car and make it work on any given day and any given track. Pearn and Daly will be learning the ECR ropes together at The Brickyard. As Tim Broyles, ECR’s general manager aptly states, “We prepare all year to be the best we can be at the Indianapolis Motor Speedway and bringing on someone of Cole Pearn’s caliber for August only adds to that.”