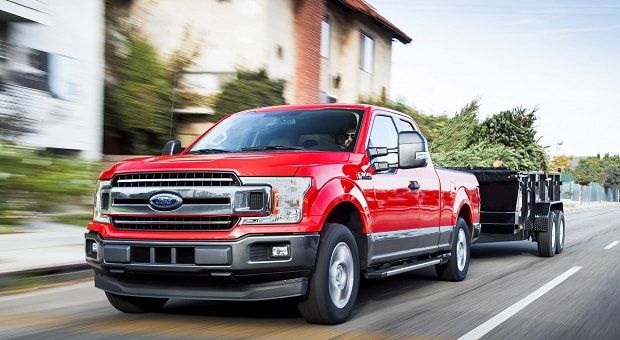 New models of the best-selling truck in the nation, the Ford F-150, could be hard to purchase soon. Following a fire at one of the company’s larger suppliers last week, officials at Ford Motor Company are being forced to make a difficult decision that could lead to a temporary halt in production as well as jobs.

Due to a shortage of die-cast components made by Meridian Magnesium Products of America, whose Eaton Rapids, Michigan plant was damaged by an extensive fire on May 2, production of this very popular truck model has already ceased at both Ford’s big plant in Dearborn, Michigan as well as their truck plant in Kansas City.

The components shortage has also prompted Ford to stop production of the F-Series Super Duty pickup at its production plant in Louisville, Kentucky. This comes as another big blow to one of the nation’s largest automakers, who recently issued a safety recall for nearly 350,000 new F-150 pickup trucks due to a transmission issue that could allow the vehicles to slip out of gear, even when in park.

According to Abhay “Abe” Vadhavkar, director of manufacturing, engineering and technology at the Center for Automotive Research in Ann Arbor, the latest hit is potentially enormous and tragic to Ford.

“While production at General Motors, Fiat Chrysler and Mercedes is also disrupted by this incident, the impact on these automakers is going to pale in comparison to Ford,” said Vadhavkar. “This vehicle comprises a quarter of this company’s sales, so any production disruption is going to cause some real loss.”

While Erich Merkle, US sales analyst for Ford, says that the manufacturer has an 84-day supply of F-Series trucks, Ford dealerships across the nation must be holding their breath wondering how this loss will also affect their sales. The more than 7,600 workers at each of the production plants, as well as Ford dealerships across the country, are also being forced to wonder how long they will be without a job.

“This is a fluid situation, but we are working closely with our supplier partners to do everything we can to limit the impact on our production,” said Joe Hinrichs, executive vice president and president of Global Operations. “It’s a full team effort and we’re confident that any impacts will be short term.”