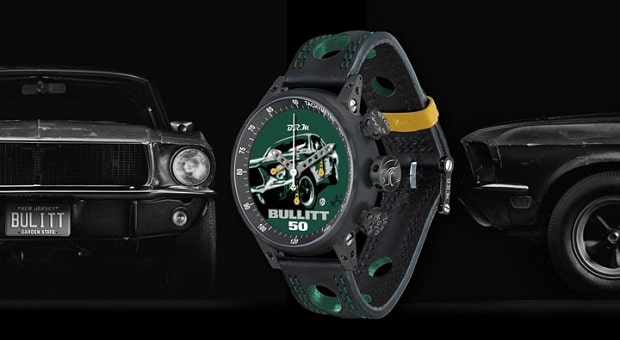 Bullitt – 50 years on and this film still elicits the love. The Steve McQueen masterpiece, with its classic chase through the streets of San Francisco in that green Ford Mustang, has been memorialized in countless ways since its October 17, 1968 release.

The non-profit Drive Toward a Cure charitable organization, working to find a cure for Parkinson’s disease, teams with BRM Chronographes and Hunziker Design in honoring not only the film, but the owner of the recently rediscovered original 1968 Ford “Bullitt” Mustang. That original owner, Robert E Kiernan Jr, succumbed to Parkinson’s in 2014, but the car remains in his family’s possession.

BRM Chronographes and renowned motorsports designer Nicolas Hunziker teamed to provide a “One of One” hand-painted chronograph watch as a raffle prize to raise funds for Parkinson’s disease through a single-time raffle program.

Coordinating with Drive Toward A Cure, and with the support of Ford Motor Co., Warner Bros Studios and Steve McQueen’s son Chad McQueen, they’ve created a signature and singular timepiece that captures the 50th anniversary of the film. And the car. 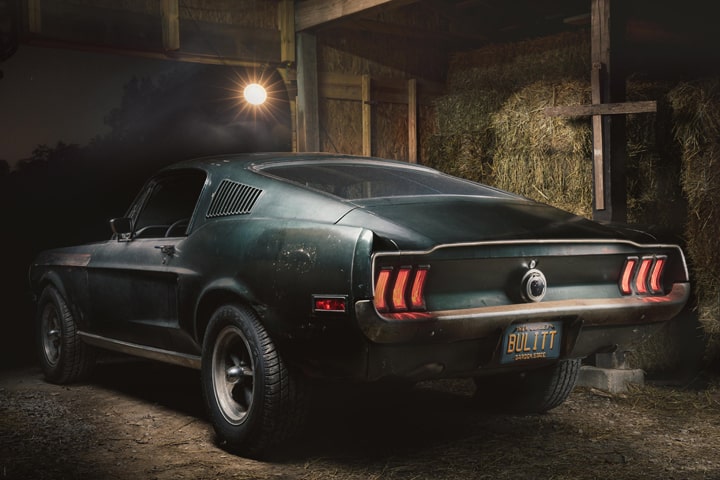 Valued at $35,000, this timepiece captures the 50th anniversary of this movie with an actual piece of the existing car, a one-gram paint chip inside the watch. It’s a unique timepiece, a collector’s gotta-have and has a purpose, even more importantly, to help find a cure for Parkinson’s.

The one-off automatic chronograph, with a 46-mm case made of Fortal HR aluminum, has been hand-painted by Hunziker. It has a crystal sapphire front and rear, a screw-down crown, is water-resistant to 100 meters, was manufactured and assembled by hand in France and sports a five-year warranty.

The original Ford Bullitt Mustang is still owned by the Kiernan family. The Drive Toward a Cure charity is honoring Kiernan with all raffle proceeds provided to the Michael J. Fox Foundation in Kiernan’s name.

The raffle tickets are only $25/each and can be purchased as a direct donation To Drive Toward a Cure online at www.drivetowardacure.org, with each singular donation earning a raffle spot. A minimum of 1,968 raffle tickets will be sold.

The winner of this important auction will be announced at the Grand National Roadster show, held at the LA County Fairplex in Pomona, Calif. That seminal event is scheduled for January 27, 2019.

The original Bullitt movie had 350 showings across the country on Oct 7 and October 9 to celebrate its 50th anniversary. 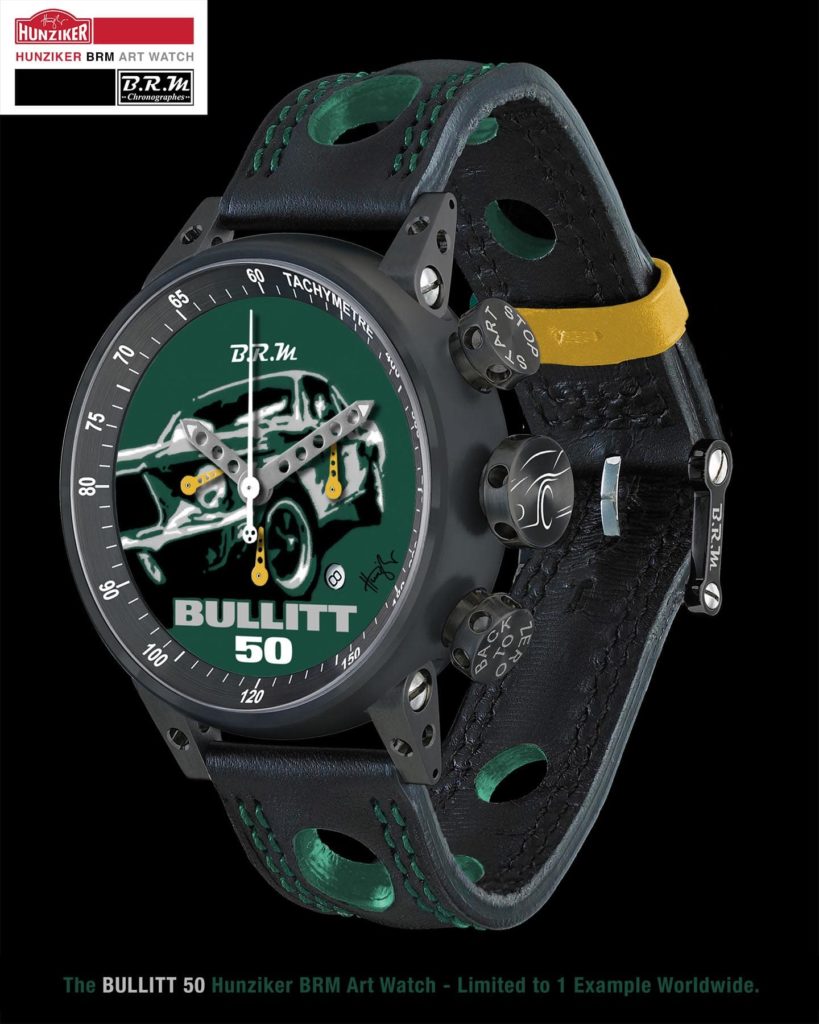