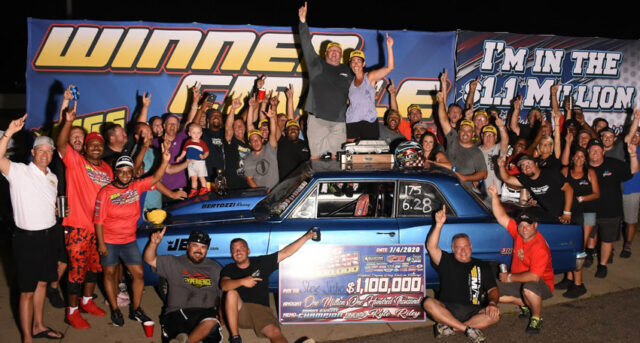 Steve Sisko may have had one of the best 4th of July weekends ever after has being crowned the JEGS-SFG $1.1 million champion at U.S. 131 Motorsports Park in Martin, Michigan. This win goes down as the biggest payday in drag racing history.

“I know that I could do it… I’ve done it on other stages,” Sisko said in the winners’ circle, according to Drag Illustrated. “The car was [subpar] all weekend, so I just held… and took.00 every time. I think the rear broke [as I was coming back from the finish line].

Sisko also went on to win Sunday’s $100,000 event the following night. Swain finished in the runner-up position with two entries in the race.

The SFG Million presented by SFG Promotions, which ran from June 29 through July 5, featured big payouts for bracket racers, including $100,000-to-win races and an all-female shootout run.