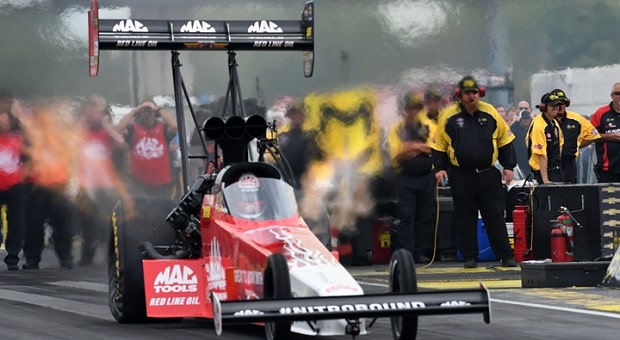 Doug Kalitta’s résumé in NHRA’s Mello Yello Drag Racing Series is pretty amazing. He’s competed in more races than any other Top Fuel driver and has come oh so close to winning a title enough times that he’s more famous for not holding a huge and heavy championship trophy, as he has for his many years of accomplishments.

This past weekend during the Chevrolet Performance U.S. Nationals, Kalitta and his Rob Flynn-led team vanquished Lucas Oil Raceway for the first time in his stellar career. It was his 22nd trip to the U.S. Nationals and, from the Winner’s Circle, he admitted, “I’m a real persistent guy, so I never give up. When we got by Clay [Millican in the first round by a .003-sec holeshot] I was thinking, ‘this is going to be a good opportunity,’ and I’m just glad we were able to take advantage of it.”

Kalitta had to drive his tail off to win this one. Matched first against Millican, he then defeated track record-holder and No. 1 qualifier Brittany Force in a very tight second-round match-up, then took advantage of Austin Prock’s difficulties in the semifinals. He again won a tight, tire-smoking race against two-time 2019 winner and part-time racer Billy Torrence in the final round. Thus, Kalitta earned his second win of the “regular” season and ended up seeded second to reigning champ Steve Torrence as the six-race Countdown to the Championship playoffs begin. 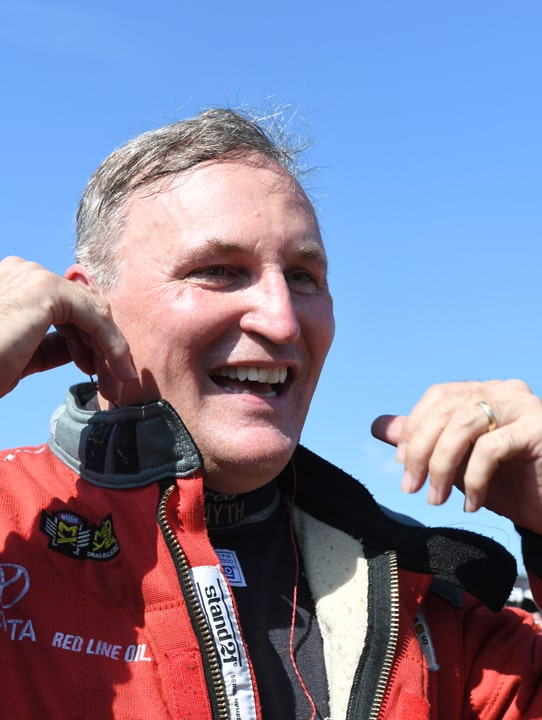 This past weekend marked Kalitta’s 46th Top Fuel victory in his 500th start, coming 25 years after team owner Connie Kalitta’s final Top Fuel victory at the U.S. Nationals. “These guys out here are all so good. You have to be on your game every time and I’m not getting any younger, so you have to work a little harder at it. It worked out well just getting by Clay because those guys are always tough,” Kalitta said.

This was the second consecutive year that Doug Kalitta went to the finals of NHRA drag racing’s biggest meet; last year he came up short to Terry McMillen. As he heads into the Countdown, sitting a big 558 points behind Steve Torrence, who has eight victories on the season but has looked beatable the past few races, Doug Kalitta is primed for the fight.

“Obviously my guys are going to have plenty of skip in our step heading into the Countdown – including me. We just have to keep our heads down and go rounds and try to prevail. It’s going to be a lot of fun and I can’t wait to get to the next race and get this going. It’s going to be another great opportunity.”

The next race takes place at Maple Grove Raceway in Reading, Pa. on September 12-15 and begins the six-race Countdown to the Championship.