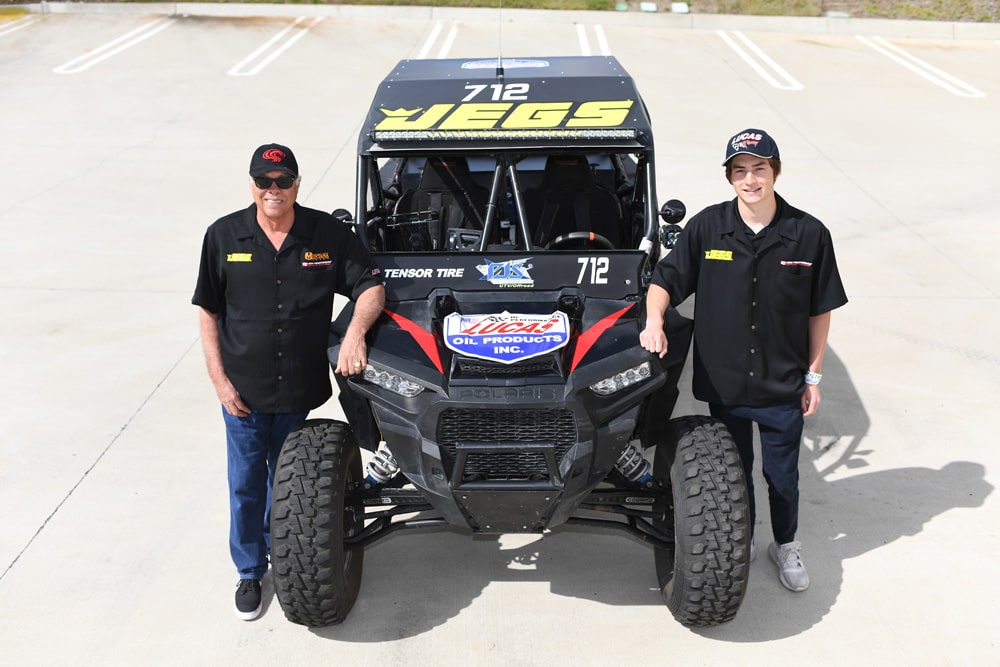 Don “The Snake” Prudhomme, 78-year-old member of the motorsports Hall of Fame, will return to the Baja peninsula this year over five decades after missing his first chance to compete in the grueling Mexican 1000 off-road race.

In 1968, Prudhomme was booked to fill the seat left by actor Steve McQueen, whose planned participation was precluded by a movie project. Unfortunately, that opportunity didn’t pan out; however, Prudhomme finally got his race in the desert last year, and finished the event.

This year, he’s partnering with Jagger Jones, of Scottsdale, Arizona, a rising star in NASCAR’s K&N Series and the 16-year-old grandson of fellow racing legend Parnelli Jones. Together they’ll head to Ensenada, starting point for one of the world’s greatest off-road challenges, and Prudhomme’s determined to greatly improve his results.

“I am quite aware he is the new kid on the block,” said Prudhomme of his young co-driver. “I feel like I have opened a door for him and there is plenty of room for him. I want it like that. I wanted to team up with a young kid that can get in the car and go fast. The main reason he is doing this is not because he is 16 but because he is fast.”

Prudhomme and Jones will share driving duties behind the wheel of a JEGS High Performance Mail Order and Lucas Oil sponsored 2019 Polaris RZR 1000 prepped by P.J. Jones of PJ’s Performance in Scottsdale, Ariz., and will race in the Stock Turbo UTV class. 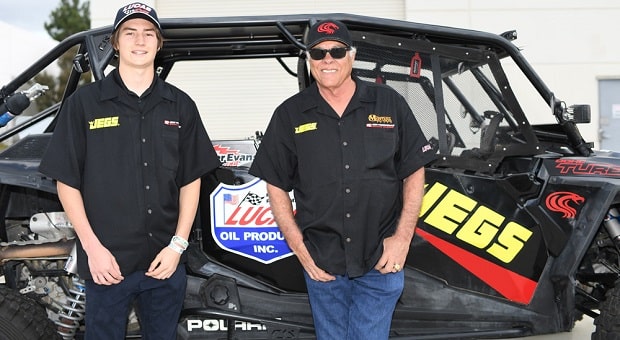 Last year’s Mexican 1000 marked the “Snake’s” first competitive driving appearance since 1994. At that time he had retired from the NHRA tour, having won 49 National Events in the Funny Car and Top Fuel divisions. Later, as team owner, he added another 63 NHRA tour victories. But now, he’s focused on finishing strong with Jones beside him.

“It is going to be awesome. I have run with him before in Mexico,” said Prudhomme. “To be honest I can’t keep up with him because he is quite a bit faster than me in the car. I hate to say that but it is true. These sixteen year olds now have the experience of an 18 year old and they are racing NASCAR. People might think, what is he doing with a 16 year old kid, but he isn’t like me when I was 16 years old. He was raised in racing and he has been around it all his life.”

Jones is just as impressed with Prudhomme’s tenacity and drive to compete. Jones’ father connected the two racers after Prudhomme expressed interest in running the race again, but wasn’t sure about finding the right co-driver.

“Last year PJ Performance supported Don’s team,” explained Jones. “He was talking with PJ about running again this year but he was skeptical about it and PJ suggested he run with me. It just worked out. I am excited. It is really cool to be able to run the Mexican 1000 again and to share a car with Don Prudhomme. He is such a good guy. We will be a good team. I think I will take some of the longer days but we are definitely going to be a team. I was impressed with how well he did last year.”

The Mexican 1000 is a five-day, off-road rally run by the National Off Road Racing Association (NORRA) as a celebration of off-road racing history and vintage off-road machinery. Cars, buggies, trucks, and motorcycles from all eras of Baja racing are eligible to participate in a variety of classes. The race begins Friday, April 26th in Ensenda, Baja, Mexico, and ends Thursday, May 2nd in San Jose del Cabo, Baja, Mexico. 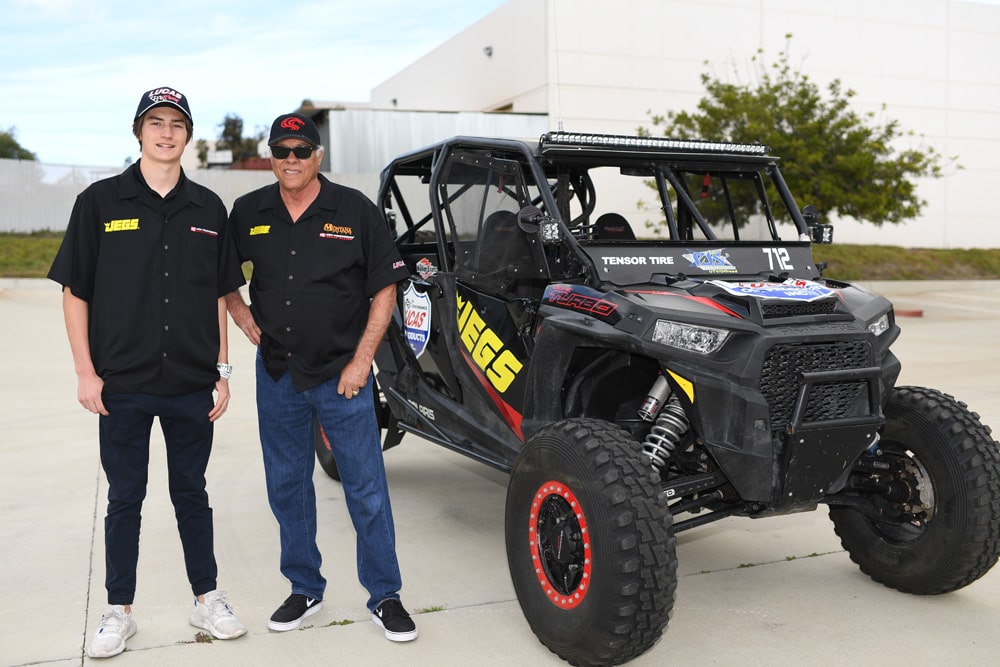 For more information about the NORRA Mexican 1000, go to www.norra.com.