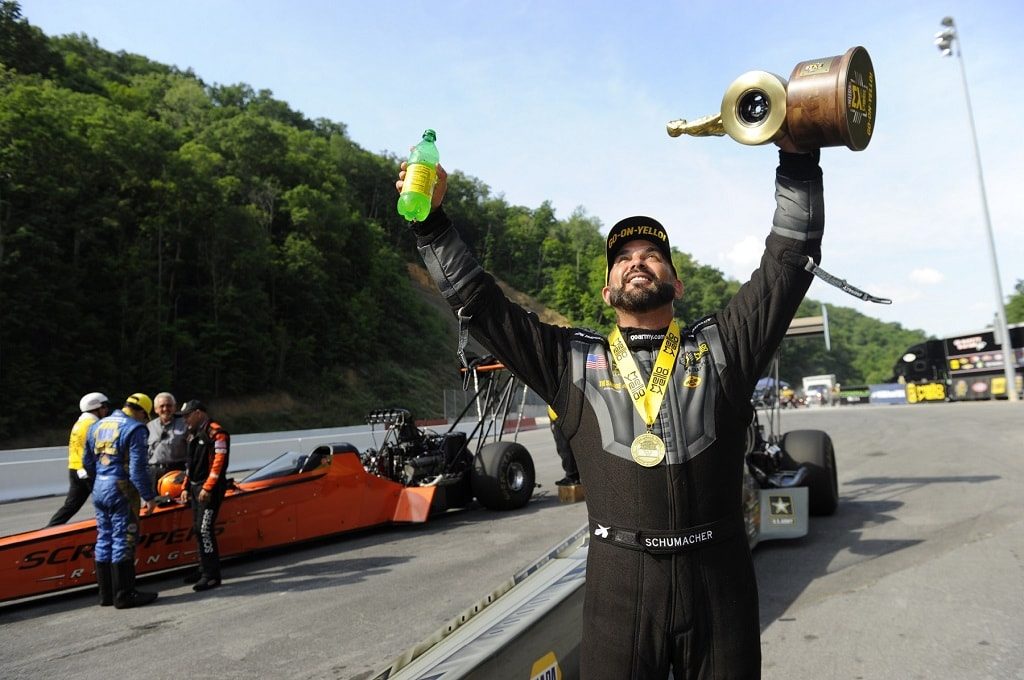 After qualifying second behind defending event winner Clay Millican, Schumacher found his way to the top during Sunday’s elimination rounds after taking down Terry McMillen, Pat Dakin and points leader Steve Torrence, before moving along to his third final round of the season and 150th of his career. Although this round was against the hard-charging scrap metal king Mike Salinas, Schumacher earned his first win of the season and sixth career victory at Bristol Dragway with a run of 3.946-seconds at 313.58 MPH in his U.S. Army dragster.

“We have had little things come up and bite us this season, leaving us struggling for a win,” said Schumacher. “I believe being aware that we had to overcome adversity this weekend and knowing that we had a great car that was capable of doing so made all the difference at Bristol. I also believe that this win will jump start this team into success the rest of this season.”

Thanks to this win, Schumacher now sits third in the points standings behind this weekend’s No. 1 qualifier Clay Millican and last weekend’s Top Fuel winner Steve Torrence as he and his Don Schumacher Racing teammate head into next weekend’s event at Summit Racing Equipment Motorsports Park. 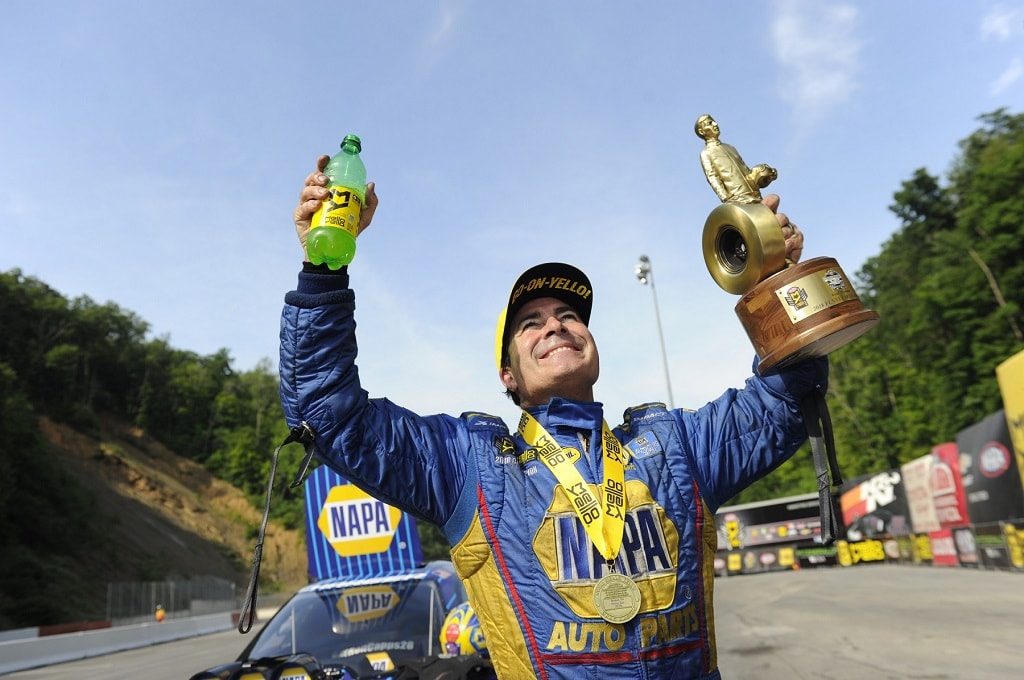 Tony Schumacher wasn’t the only Don Schumacher Racing driver to see his 2018 season winless streak come to an end in Bristol. Despite struggling in qualifying, 2016 Funny Car world champion Ron Capps and his hard-working team found their stride during Sunday’s elimination rounds.

After taking down the legendary John Force, defending Funny Car world champion Robert Hight and Kalitta Motorsports driver J.R. Todd, Capps moved on to Sunday’s final round against Bob Tasca III. Although Tasca gave the former Bristol Dragway winner a run for his money, Capps earned his first victory of the 2018 season with a 4.234-second pass at 296.37 MPH in his NAPA Auto Parts Dodge Charger R/T.

“This is a great place,” said Capps. “That is why getting to the Winner’s Circle at a track like this is so special – because you feel like you really had to earn it, and this weekend I am proud of what my team accomplished in some pretty tough conditions.”

Along with ending a dry spell, Capps’ victory would also secure Don Schumacher Racing’s 300th career nitro victory. This team’s victory has also earned them a spot inside the top five in points heading to next weekend’s event at Summit Racing Equipment Motorsports Park. 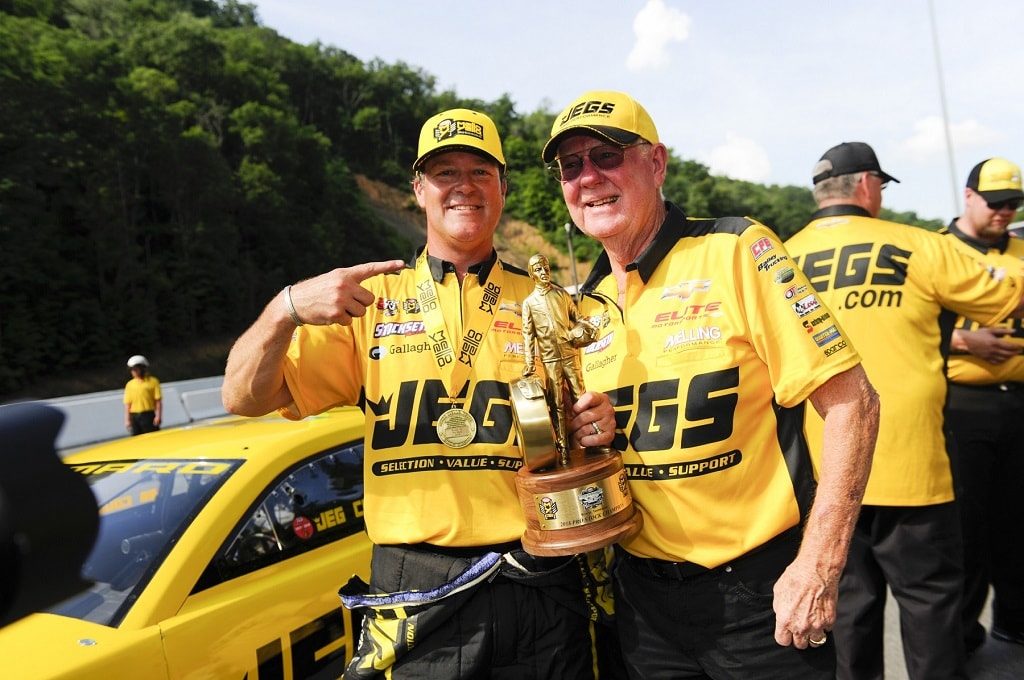 Although both Schumacher and Capps earned their first victories of the season at Bristol, Pro Stock driver Jeg Coughlin Jr. found his way to the Winner’s Circle for the second time this season this weekend. After qualifying second and defeating Tommy Lee, Chris McGaha and Drew Skillman the son of legendary driver Jeg Coughlin Sr. took on points leader Greg Anderson in Sunday’s final round.

Even though Anderson qualified on top at Bristol, Coughlin Jr.’s final pass of 6.709 seconds at 205.10 MPH was enough to take down the Pro Stock legend and make Coughlin Jr. the third driver in the class to earn two victories this season.

“Winning at Thunder Valley is historic, and it feels fantastic,” said Coughlin Jr. “My team has made some transitions this season and now we are running much faster, and it feels pretty great to be on the right track as the season goes forward.”

Despite earning another victory, Coughlin continues to have a challenge ahead of him in the points battle as he heads to Ohio and throughout the remainder of the regular 2018 season.