So how it works you ask? Fans are assigned a fixed salary cap of $60,000 with which to draft two Top Fuel drivers, two Funny Car drivers, and two Pro Stock drivers. Points are awarded based on individual driver performances each week, with the total of all six drivers determining each team’s score. Much more advanced than the conventional scoring used in the sport, RaceDayScore.com awards points for both round-wins and holeshots, while deducting points for red-lights, oildowns, crossing the centerline, or hitting the guard wall. In addition, there are bonus points based on elapsed time, with quicker times earning more points. See detailed scoring information by clicking here. So the more you know your racers and teams the better chance you’ve got.

Being the first of its kind, it will be interesting to see what the response from the fans will be. There is also a good chance that RaceDayScore.com will open the doors to an entirely new fanbase that may not have been into drag racing before. “My mission with RaceDayScore.com is to become the go-to online destination for millions of diehard NHRA Drag Racing fans to play daily fantasy drag racing contests and become part of a growing community that can help drive the NHRA to more mainstream status,” said Angel, the longtime general manager of Houston’s Royal Purple Raceway. 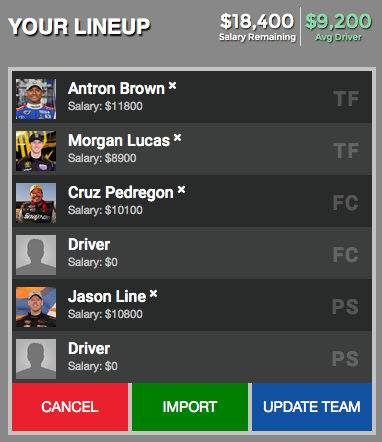 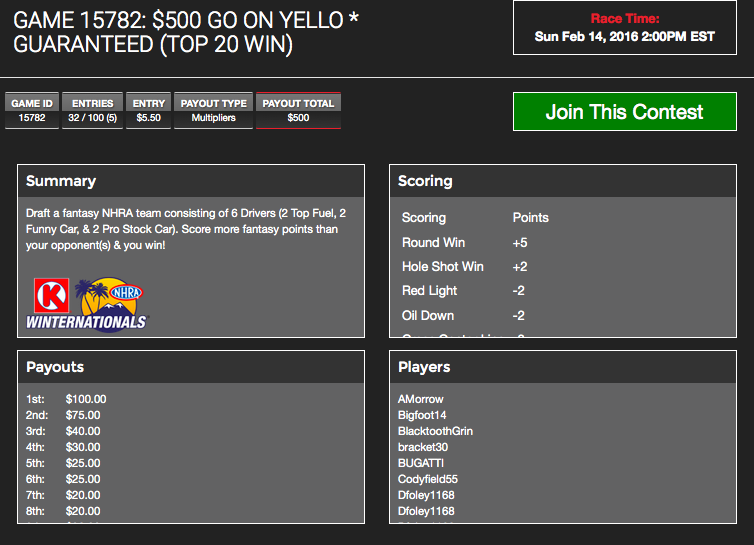