After being rained out on Friday night, the NASCAR Camping World Truck series dodged morning showers on Saturday and put on a great show with winner Matt Crafton earning his second win of the season and first back-to-back victories in his career.

Crafton in Thursday practice was out in left field with his ill-handling Toyota Tundra starting 17th. 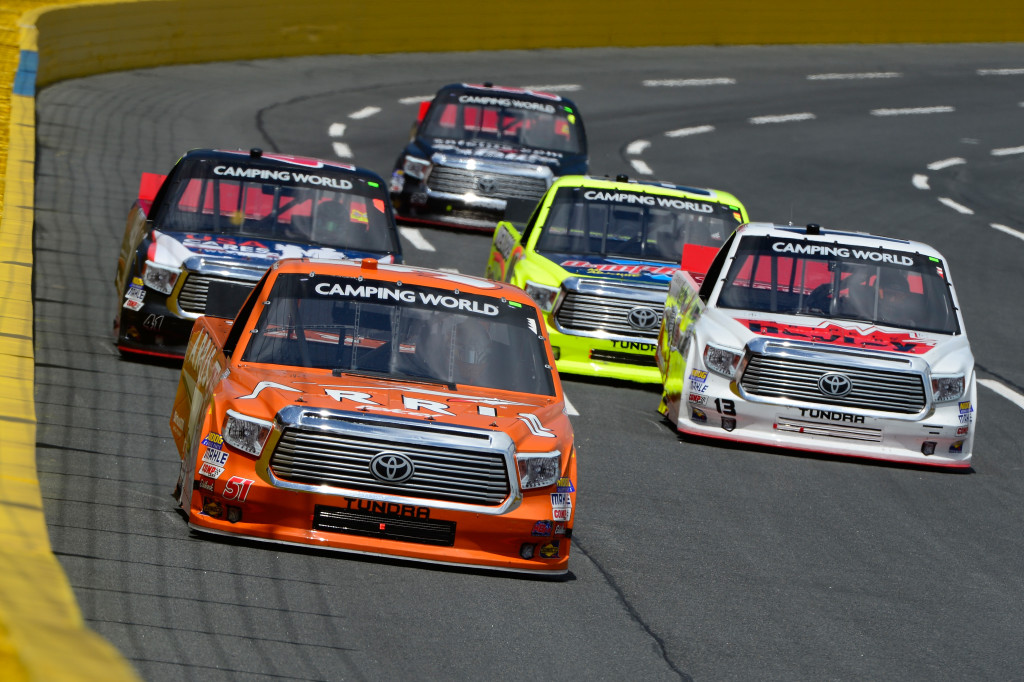 “I literally did,” Crafton said.  “I was like, ‘Wow!’  This thing was unbelievable from the time we dropped the green.  This thing went through [turns] 1 and 2, and I’m like, ‘This thing feels really good right here.’

“Then we fell back to the 20s (after pit road issues) at that point and we started driving back through them and I was like, ‘Oh, my goodness, these boys are in trouble today.’”  The victory was the 13th of Crafton’s career, but despite the wide margin of victory, his No. 88 Toyota didn’t take the lead for the first time until Lap 80, when Crafton tracked down Peters and passed him for the top spot. 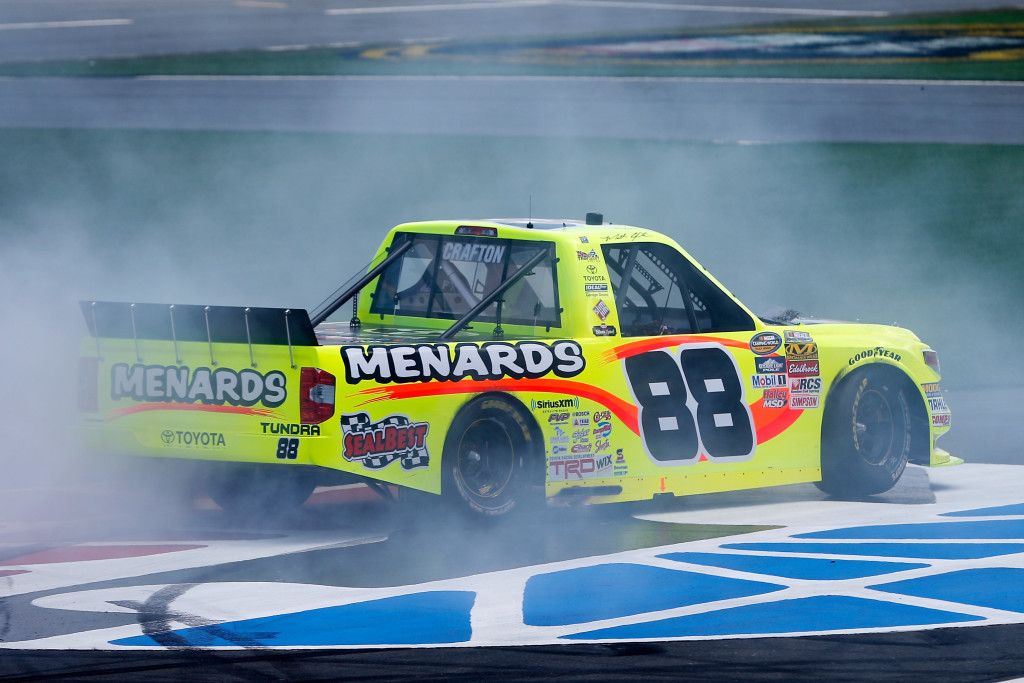 Towards the end, a few teams sacrificed speed for fuel mileage.  Johnny Sauter looked through his crystal ball and was first to try make the distance, last pitting on lap 74 in the 134 lap race.  Tyler Reddick and Matt Tifft also joined Sauter, but their strategy still couldn’t hold off Crafton and Kyle Busch, but did finish third, fourth and fifth, respectively.