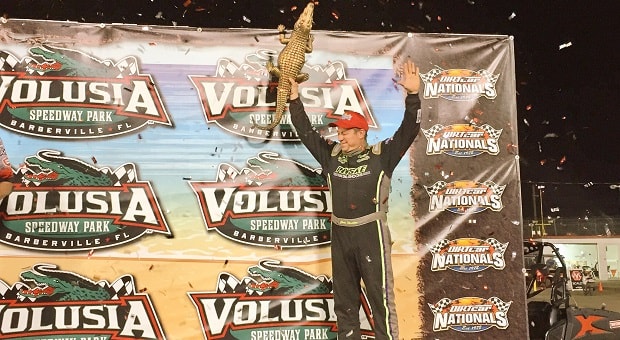 South Carolina late model dirt racing star Chris Madden completed a successful week at Volusia Speedway Park after earning his first DIRTcar Nationals Big Gator Championship on Saturday night. Madden, who returned to his Barry Wright Race Cars team this season after a 12 year hiatus, may have come up short to Rocket Racing driver Brandon Sheppard in the final feature race of the 47th annual DIRTcar Nationals, but his second place finish in this race, as well as two additional second place finishes and one fourth place finish throughout this event, led the No. 44 driver to his first Big Gator Championship.

Although the new World of Outlaws Craftsman Late Model point leader was unable to pull off a feature series win at Volusia Speedway Park, Madden gave the final feature winner Brandon Sheppard a run for his money Saturday. Mike Marlar, Chris Madden and Rick Eckert attempted to take the final battle away from Sheppard and Madden, but the new champion waited for the perfect time to attempt to take the most important late model feature race victory of the week.

“I thought that I could get by Sheppard on that final lap, but we just came up a bit short,” said Madden.

Despite earning a third second place DIRTcar Nationals finish, it was Madden and his Barry Wright team who proved that consistency is the key to bringing home the golden gator. 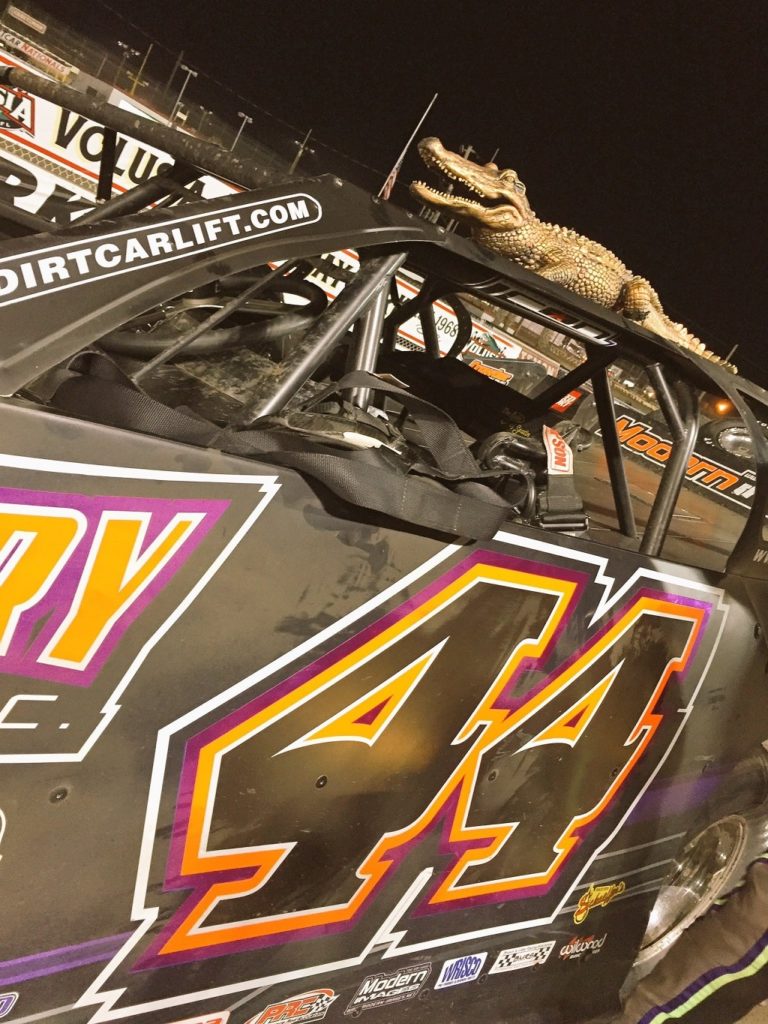 “I think it is awesome to do this with the team that we just put together over the winter,” said Madden. “We came down here with ideas that we thought would work, and we worked on this thing every day and man, it just clicked. Barry Wright’s No. 44 is a really good car and I am really excited to be in it. We are just beginning to learn this thing, but we are off to an amazing start to the 2018 season.”

Madden will have a chance to follow up his impressive season start at the upcoming Tennessee Tip Off at Smoky Mountain Speedway, in Maryville, Tenn., March 9-10. Stay tuned to RacingJunk.com for the latest in dirt late model racing action.