As winter arrives across the country, the racing season begins to come to a close – and few seasons were as incredible as the 2019 World of Outlaws Morton Buildings Late Model Series, which wrapped up this weekend at the Dirt Track at Charlotte. It began with “The Rocket” Brandon Sheppard, who would complete one of the most impressive overall performances in dirt track racing history to earn a very well-deserved championship for his Rocket1 Racing team, and concluded with hard-fought wins for two drivers who put it all on the line to finish their season off right.

The first of two 50-Lap feature races began Friday night as the two Sweet-Bloomquist Race Cars of Chris Madden and Scott Bloomquist decided that they would honor the passing of legendary racing fabricator and long-time “Team Zero” supporter Randy Sweet with a win.

Despite starting within the top-5, the 0M of Chris Madden drove into second in no time flat and began tracking down race leader Jonathan Davenport. With a straight shot to the bottom of The Dirt Track at Charlotte on a lap 32 restart, Madden grabbed the lead and carried it all the way to his third World of Outlaws Morton Buildings Late Model Series win of the year. 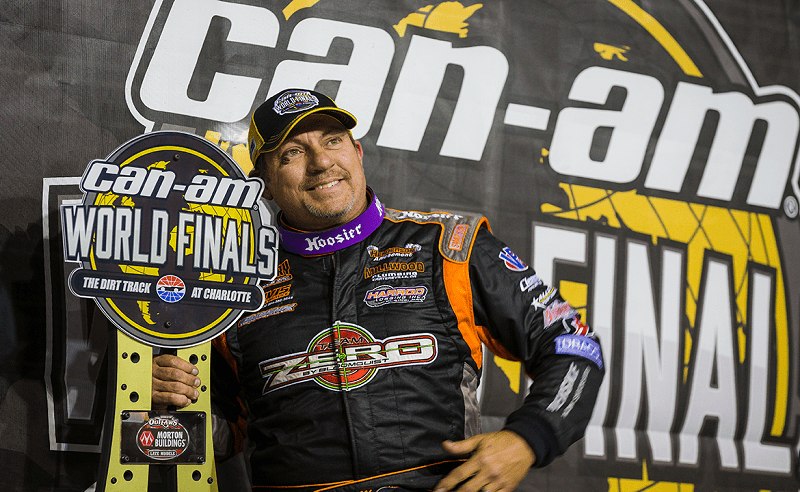 “This was such an amazing win,” said Madden. “After receiving the news that our long-time Team Zero supporter passed this week, I knew that I wanted to win for him and thank goodness it was God’s plan for this to happen.”

Although Madden impressed fans on Friday, in Saturday’s Can-Am World Finals season finale the No. 20 of Jimmy Owens would drive to his seventh career World of Outlaws win at The Dirt Track. Much like Madden, Owens started the final 50-Lap feature race of the season inside the top-5, but quickly drove to the lead over Shane Clanton in the closing laps and took this all the way to claim the most wins of any other driver at America’s Home for Racing – the Dirt Track at Charlotte. 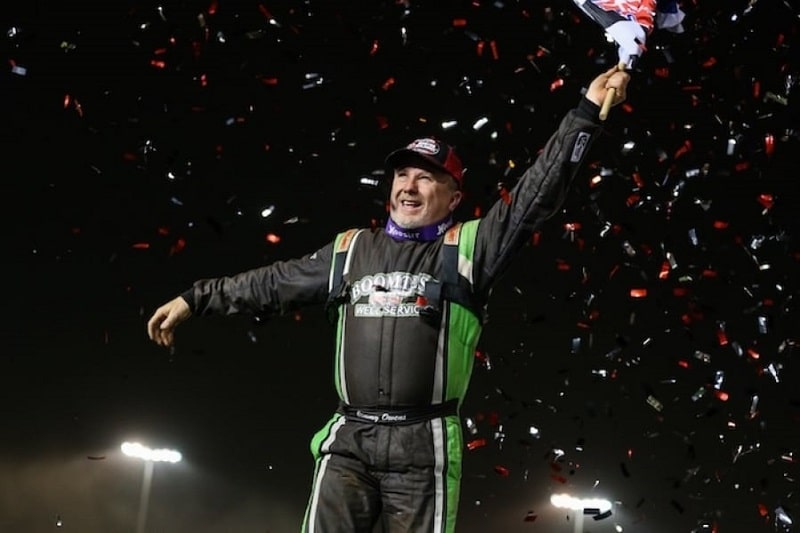 “After having a bit of misfortune during Friday night’s race, it was great to get this Red Line Oil, Reece Monument, Ramirez Motorsports car home in the lead,” said Owens.

Along with winning this race, Owens also ended this year’s champion’s hopes for one final win of the season. Despite falling short of the 19th win mark, Brandon Sheppard and his Rocket1 Racing team still left Charlotte with every reason to celebrate thanks to a sixth World of Outlaws championship title for both Brandon Sheppard and car owner Mark Richards. After driving to 18 season wins and a record-breaking 340-point margin over second place in the overall points standings, Brandon Sheppard and his legendary rocket ship will be forever honored in the World of Outlaws Morton Buildings Late Model Series record books. 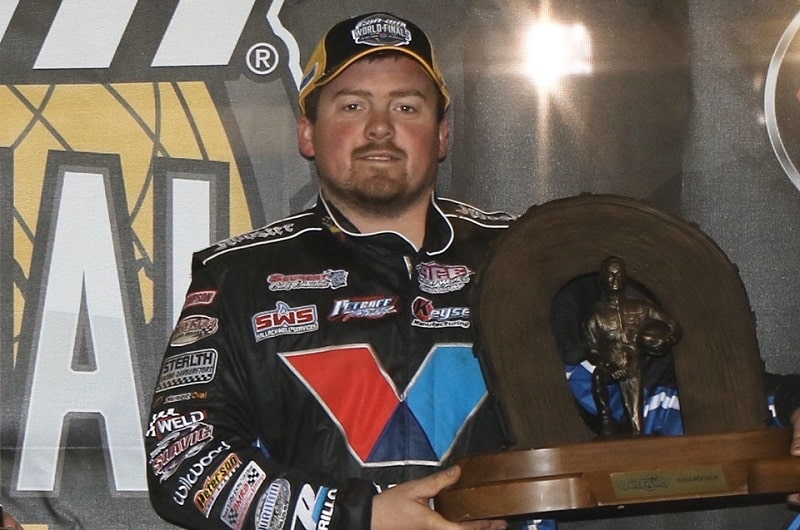 “This is just a testament to how awesome my crew is,” said Sheppard. “Mark Richards, Steve Baker, Danny White, Austin Hargrove, Joel Rodgers – those guys are the hardest-working bunch of guys out there, and the best crew I could ever ask for. Five of the last seven World of Outlaws championship trophies have been handed off to a driver who pilots a Rocket Chassis XR1. Truly, a big testament to the most popular chassis model in Dirt Late Model racing and the business that Mark Richards and Steve Baker have built over the last two-plus decades.”

Congratulations go out to Brandon Sheppard and his entire Rocket1 Racing team on their very successful season! Stay tuned to RacingJunk.com for all your dirt racing coverage.