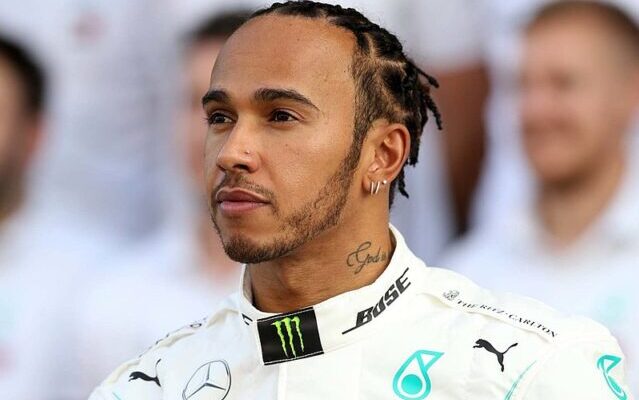 Maybe, someday in the near future, there won’t be a need to note Black History Month in motorsports. That would be a time when the helmet is down and nobody knows (or cares) the skin color of the driver or rider who’s racing towards the front of their fields of play. A time when skin color is a so-what discussion?

That time isn’t here yet but there are many – but not enough – superb drivers, crew members and media members that embrace the Black experience.

Superb drivers? Start with seven-time World Driving Champion Lewis Hamilton, currently racing in Formula One for the vaunted Mercedes-AMG team that’s been omnipotent since he left McLaren to join them. Like many outstanding drivers, Hamilton has engaged his team to the point where they are HIS team. They all work together and they all work towards a common goal – to make their driver and their team No. 1 in the world.

Hamilton didn’t come from rich folk. His father has worked to the bone to get Lewis the opportunities he’s had since childhood. He got those opportunities because he’s a natural behind the wheel and a natural outside the race car. Hamilton intrinsically knows what his car needs and wants, how to get his crew members working in tandem to help achieve poles, wins and championships – he’s the most awarded of all F1 champions – and this year, in particular, Hamilton’s accomplished his feats while also calling attention to the difficulties of being a person of color in his chosen sport. His #BlackLivesMatter shirts stand out. They should.

Others in the sport go about their business with a bit more circumspect attitude. Three-time NHRA Top Fuel champion Antron Brown speaks loudest behind the wheel, but as he works towards team ownership, New Jersey-born Brown has turned into a superb salesman for himself, his pending wholly-owned team and for those who have the desire to imitate Brown’s success but lack the knowledge of how to go about gaining that outcome.

In fact, Antron Brown doesn’t care if you’re Black, Brown or Purple. He’ll help anyone he can to reach their personal zenith in this sport. He’s a giving a person as you might ever meet, even despite the obvious bigotry he’s encountered throughout his life. While Brown is the most successful NHRA racer of color, there are others.

J.R. Todd, NHRA’s 2017 Funny Car champion is one of the most versatile drivers around. He’s won in both of  NHRA’s nitro categories and is a threat every time he arrives at the water box, whether it’s in Top Fuel or Funny Car. Todd can drive just about any kind of car and was the winner of NHRA’s race honoring the late Eric Medlen, for whom a mini-sprint race was held in central California shortly after his 2007 death. Todd, at that event, paid attention to the owner of the car he was assigned to drive and beat all the other NHRA stars in this tribute race. Give him two or four wheels and the ability to steer – Todd can do it all.

We’ve seen Tom Hammonds compete in Pro Stock and Larry Nance take his mechanical aptitude to the Pro Mod side. Peggy Llewellyn has competed in Pro Stock Motorcycle, where Michael Phillips made a return to competition, appropriately in last year’s NHRA Return to Racing at Lucas Oil Raceway. Of all racing platforms, NHRA appears to be the most accepting of all.

INDYCAR hasn’t been terribly proactive about inclusion of Black people in its midst, although there are some crew members of color. Of course, Willy T Ribbs is the driver who crashed through the all-white barrier in the series, and Los Angeles-based George Mack has raced in INDYCAR. New series owner Roger Penske, who celebrated his 84th birthday on February 22nd, is doing something about it.

The new Force Indy team is entering the Road to Indy USF2000 series with mentorship from Team Penske. Former team manager Rod Reid is the principal of this team and brings years of karting and auto racing experience, together with a recently-expanding relationship with NXG Youth Motorsports, Inc., a group that introduces students in their formative years to the educational STEM benefits of the sport. Force Indy begins its season at the Firestone Grand Prix of St Petersburg, which is being held the final weekend of April.

NASCAR finally figured out that it needed to move beyond its southern roots and embrace racers of color. From the days of Wendell Scott, stock car racing’s first Black race winner, to the multi-talented Ribbs, to Bill Lester (who also came up through open wheel) and now with Darrell “Bubba” Wallace, NASCAR has lightly cracked open its doors to people of color. Banning confederate flags on-site at its racetracks was a good start…

Last summer’s uprisings after the death of George Floyd brought Wallace more attention than he really wanted, at the time driving for Richard Petty Motorsports, but he took advantage of the stage he was given and, after a noose was discovered at his Talladega pit garage, both he and Richard Petty realized it was time to stand up even more for the driver’s rights. Wallace, like Lewis Hamilton, has been wearing #BlackLivesMatter shirts and not backing away from the words or the deeds.

Wallace has a new Toyota team to work with this year, 23XI Racing, co-owned by NBA legend Michael Jordan and fellow driver Denny Hamlin, and this change has elevated the driver and his skills. Wallace’s Black crew chief, Michael “Wheels” Wheeler, has a wealth of NASCAR Cup experience, having worked with both Joe Gibbs Racing (2005-2018 as engineer and crew chief), as well as the JGR-aligned Leavine Family Racing for the past two years, as both crew chief and the team’s 2020 competition director.

As of 2019, NASCAR boasts a Black female over-the-wall tire changer, Brehanna Daniels, who got her break through NASCAR’s Drive for Diversity. One of the first women in NASCAR history to work the pits at the Daytona 500 with the No. 51 Chevrolet for Rick Ware Racing, she’s the first Black female pit crew member to compete in a National series. Drive for Diversity aims to bring more Black and female drivers and STEM-based pit crew members. Started in 2004, there are more than 50 graduates of the pit crew member discipline

And then there’s Ernie Francis Jr., who now has seven TransAm championships across its two platforms as well as membership in NASCAR’s Drive for Diversity. This year he’ll be racing in Tony Stewart and Ray Evernham’s SRX Series, which takes place on short tracks. The 23-year-old will be competing among a dozen drivers that includes Stewart, Bobby Labone, Tony Kanaan, Willy T Ribbs and former F1 racer Mark Webber. What should be next up for Francis Jr. is learning about pit stops, as he should, after his early success, be headed for either NASCAR’s Xfinity or Cup Series, or IMSA’s WeatherTech SportsCar Championship.

There are many Black racers who show promise at the grass-roots level, but the few that end up in the higher echelons of the sport needs to change. And needs to change sooner than later. The car or the motorcycle doesn’t know the color of the driver and, with the inability of many fans to even get to the track – much less close to the drivers – to realize their genetic heredity, color needs to fade. To Black.