Drag racer Nikkee Stimson of Lillian, TX has been in love with cars since she was old enough to walk to her father’s shop. A police officer by profession, she spends her off hours speeding down the strip in a ’97 Trans Am powered by a small block Chevy (pictured above), often at her home track of North Star Dragway. She’s the star of August in the 2019 Car Chix calendar.

There was never much of a doubt that Stimson would get into drag racing; her dad Jerry and his closest buddies introduced her to the sport at a young age, and she’s helped him build and work on cars ever since, often to her preferred soundtrack of ’80s hair band music. When she was old enough to accompany him to tracks, she immediately fell in love with racing. Along the way, the two of them have met many people who have helped and inspired them in their auto-related endeavors.

Stimson’s passions are cars, racing and family, so there’s no clash of commitments here! Today, her only obstacles in the sport are simple: time and money. She loves those few adrenaline-packed seconds as her car blazes down the track, and the feeling of freedom coupled with complete control they create. Her love for the high-speed sport is encapsulated in her favorite quote, “Drag racing: a life which triggers the thrill of speed to overcome the fear of death.” What does she dislike about drag racing? Waiting in line for hours on end to make a pass.

Her journey with her current ride started at the track. At the age of 17, she was at Kennedale Raceway with her dad, purportedly for the purpose of testing his car. Seeing a sizable crowd, she assumed it was her dad’s driving that had drawn the group of interested spectators – before she realized that they were actually there to watch him surprise her with the gift of her very own racecar. That car was the 1997 Trans Am she drives today.

Stimson’s goal for next season is to run a 5 second 1/8th mile. She already accomplished one fun goal this season with her first wheelie! As far as accomplishing next season’s goal, she should have plenty of time to work on it, since her Trans Am already underwent its biggest mods last off season – though if she wins the lottery, there are a few more she’d like to make (or she might just buy a pro mod instead).

For any women, or anyone at all, thinking of getting involved in motorsports, Stimson’s advice is to get out there and do it and not be scared. Passion and dedication, she says, will get you to where you want to be. 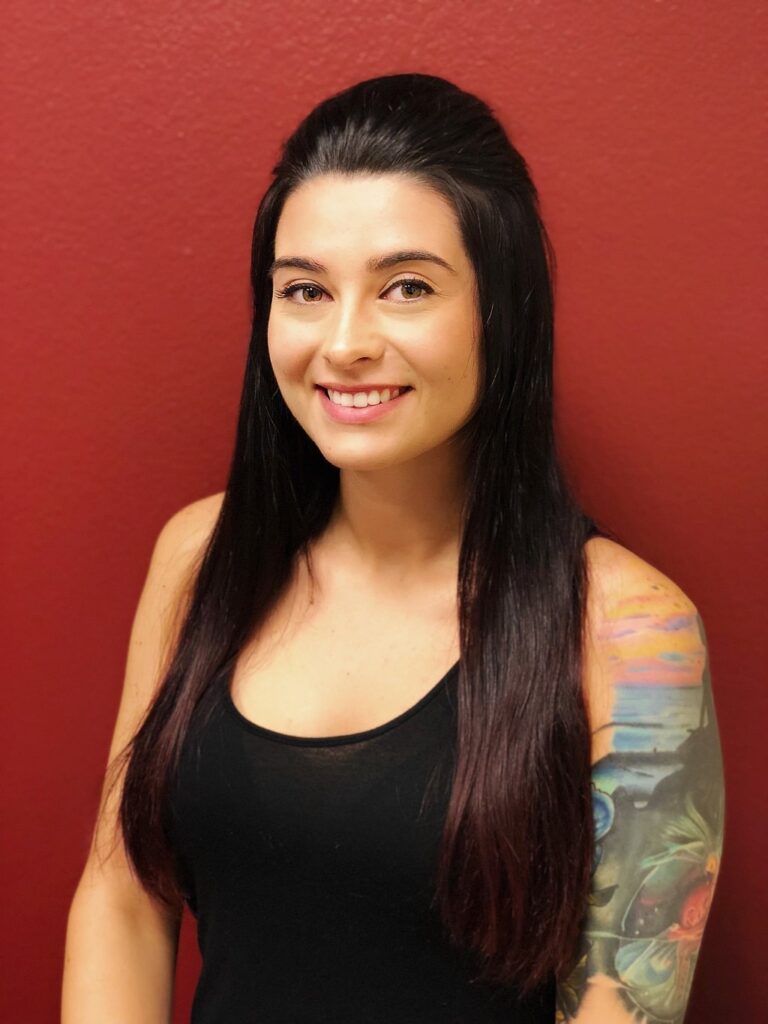