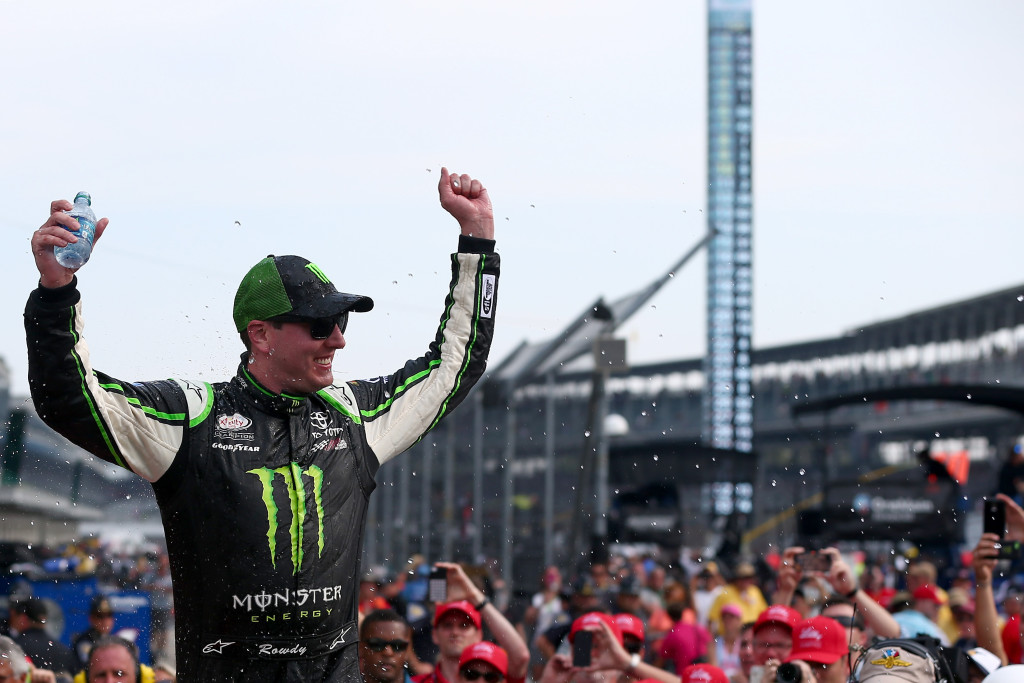 Kyle Busch pulled off an impressive last lap pass on Ryan Blaney to win the NASCAR Xfinity Series Lilly Diabetes 250 at the Indianapolis Motor Speedway by the slim margin of .421 of a second at the checkered flag.

Busch, trailing Blaney on the white flag lap, used a lapped car and a rear view full of himself in Blaney’s mirror, causing him to lose his focus for just a moment, but enough to make him miss his mark coming off turn two allowing Busch his chance to go around him.  Busch dove to the inside with Blaney forcing him low with a block, but as hard as Blaney tried he couldn’t hold back Busch’s momentum setting up a great side-by-side dash down the backstretch for the lead. 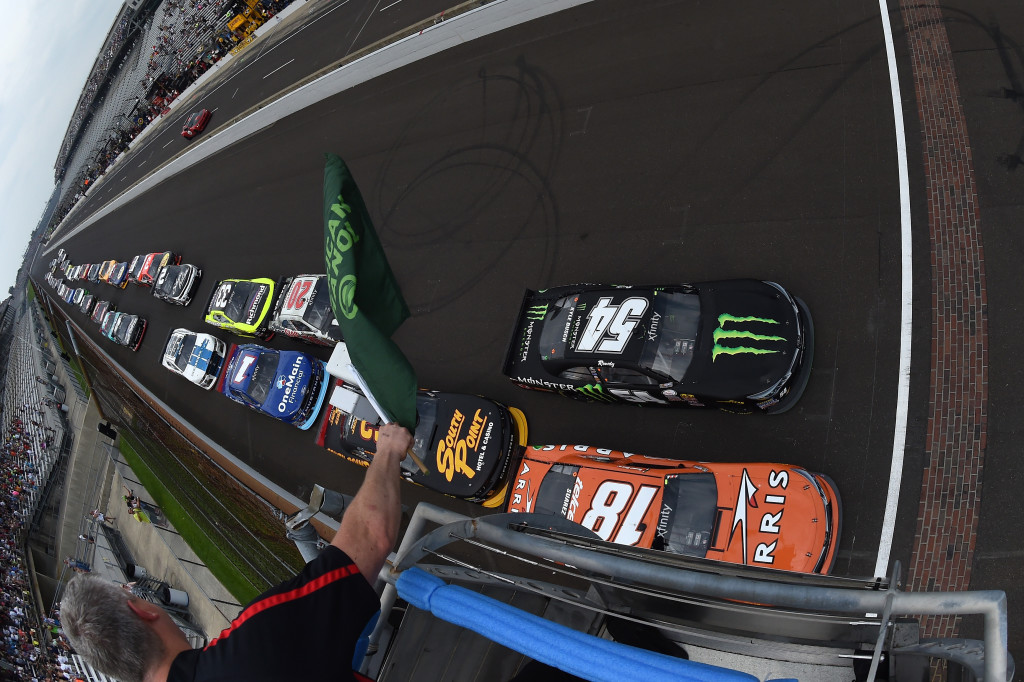 Busch took over in turn three and held the lead the rest of the way, giving him his 72nd Xfinity win and second at The Brickyard having also won in 2013.  It also marked his second Xfinity win since coming back from his Daytona injuries counting victories in the last four Sprint Cup races already this season.

“I just got close enough to make him mess up and made him get tight off [turn] two, and then I was able to capitalize underneath with him losing his momentum off of two and being able to get under him,” Busch said, knowing he had a better car.  “It was the class of the field.  We should have won this thing going away, but I guess we had to make it exciting.”

NASCAR unveiled a new higher-drag package for the Xfinity cars at Indy and Busch had to fall back trying to get more air to his front nose for downforce in his 25 lap pursuit.

“I was trying to back up so I could get some clean air and keep my tires as fresh as possible, but I got too far back and got out of the draft and then I couldn’t make up any ground anymore, so I was kind of stuck back there about eight or 10 car lengths and not really going anywhere,” Busch explained.

“Fortunately, a couple of lapped cars messed up his momentum and didn’t mess up mine as much, and I was able to get through there.  Once I got back close enough to him, I pushed him into a mistake and that was all that it took.”

Blaney had surprised Busch with 25 laps to go as Busch took the outside lane on the restart and when the last green flag flew, Blaney went low heading the field and started slowly pulling away.  Lap after lap, Busch dogged Blaney studying his best approach to a pass.  He waited for the right moment following him as close as possible and when he saw his chance, he took it. 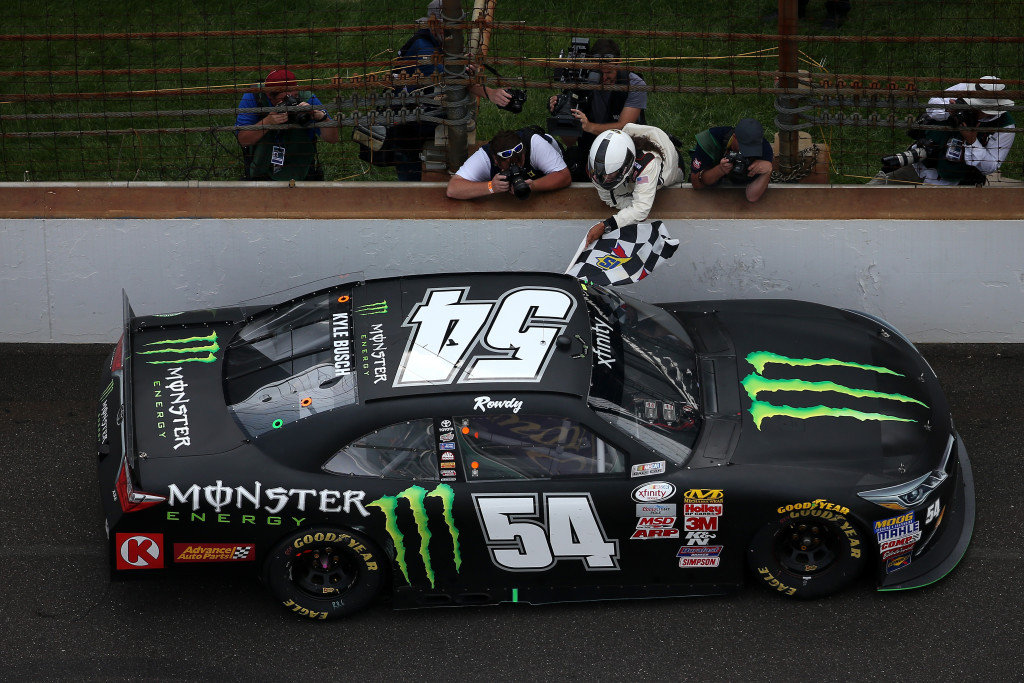 “It’s my fault, obviously,” a dejected Blaney said.  “You saw it.  I screwed up.  This team doesn’t deserve that.  I dropped the ball for them today, and I take full responsibility.  It’s all my fault… I got tight and I got too deep and didn’t get off the long corner.  It’s a pretty bad feeling to throw one away here at the Brickyard.  There was no pressure for 24 laps, and the last one I just made a mistake.”

The XFinity Dash4Cash was won again by eighth-place finisher, Regan Smith claiming his prize of $100,000 and if Smith is the highest-finishing eligible driver at Bristol (Aug. 21) and Darlington (Sept. 5), he’ll earn a total of $1 million.

In the race after Busch and Blaney, the top five were filled by Daniel Suarez, Paul Menard, and Elliott Sadler.  The remainder of the top 10 was Kevin Harvick, Kyle Larson, Regan Smith, Ty Dillon and Chase Elliott.

The Lilly Diabetes 250 had an average speed of 136.529 mph with only three caution flags for 16 laps.  There were eight lead changes among six drivers with Kyle Busch leading the most for four times for 53 laps.

The NASCAR XFinity Series heads to the heartland for the U.S. Cellular 250 at the Iowa Speedway next weekend on Saturday, August 1, at 7:30 p.m. on NBCSN. 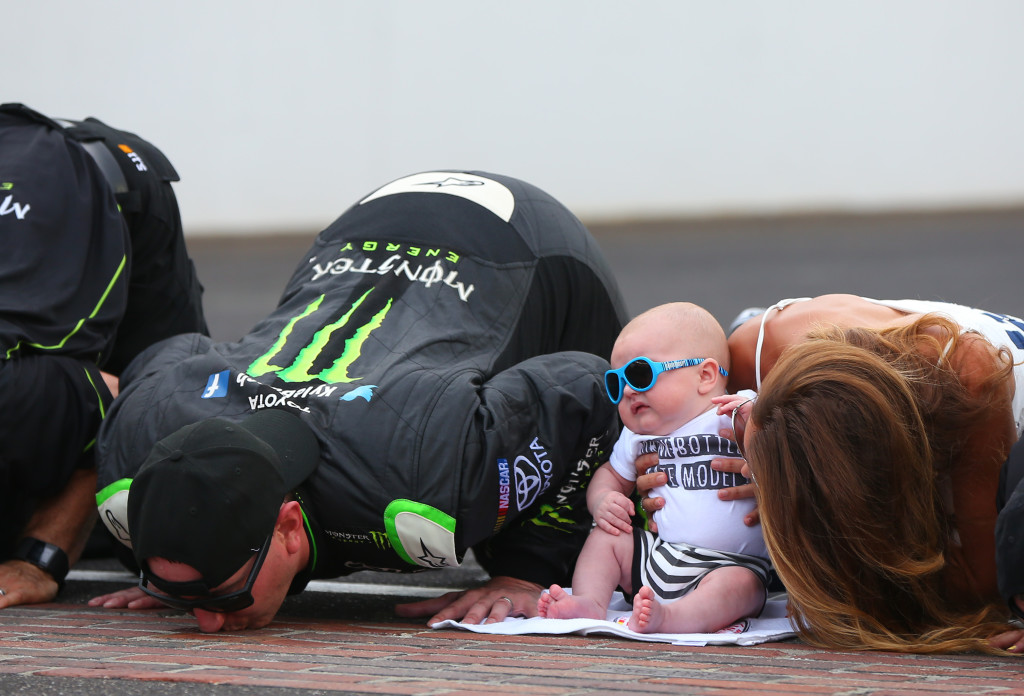