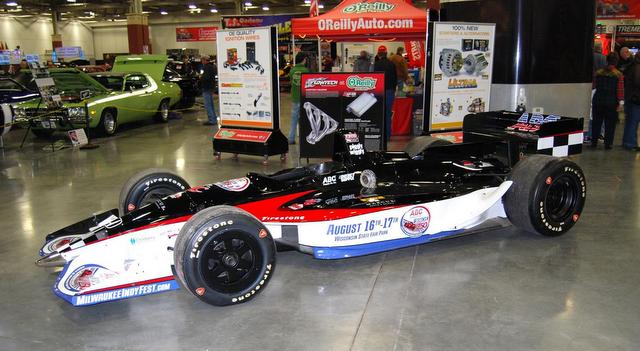 Milwaukee is a racing town. The famed Milwaukee Mile has hosted everything from Indy Cars to USAC stockers. For drag race buffs, historic Great Lakes Dragway in Union Grove—just south of the city—is a place where “1320” legends were made. Straight up to the north is Slinger Speedway with its awesome oval. For sports car fans, a short jog east brings you to Road America.

This may explain the outpouring of racing machinery at the 52nd Annual “Milwaukee World of Wheels.” On display were open-wheel cars, sprinters, slingshot dragsters, gassers, sports racers and Bonneville streamliners.