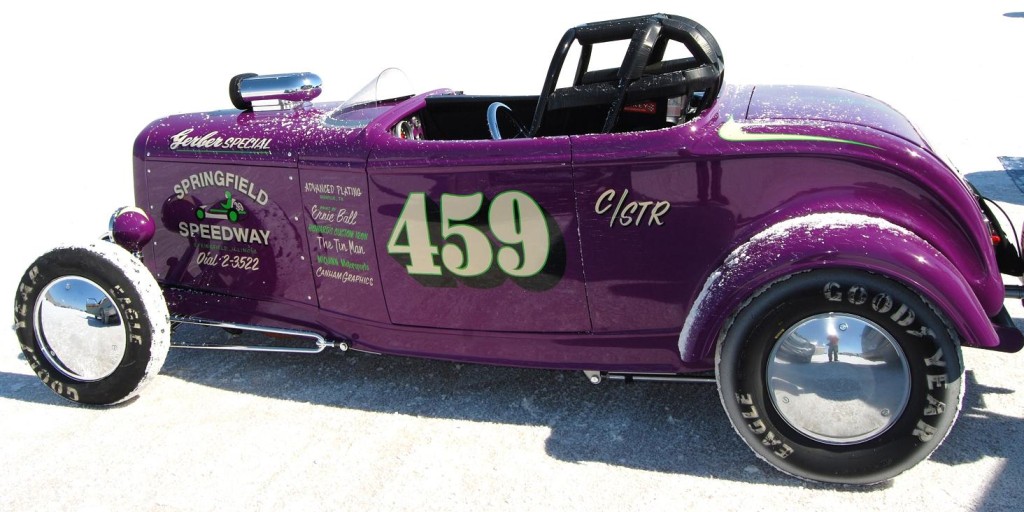 This year was unusual. Speed Week—scheduled for Aug. 9-15, 2014 and promoted as the 100th Anniversary of Salt Flats Racing—was cancelled due to weather conditions. The official announcement said “The SCTA Board is currently on the salt, and has determined that the standing water will not dry in time for us to hold our annual Speed Week event. The Board is also discussing the possibility of extending our next event World Finals (Sept. 30–Oct 3) into a full week of racing as a sort of delayed Speed Week. We thank you all for your patience and understanding. We look forward to seeing you at our next event.”

This didn’t mean no records were set by racers who came for Speed Week. The debut of Ohio State’s Venturi Buckeye Bullet 3 was set for Speed Week. Despite its cancellation, the VBB-3 team remained on site for a private event and scored an FIA (not SCTA-BNI) record with professional driver Roger Schroer. While additional rain and high winds during the private event prevented VBB-3 from making as many runs as planned, the team prevailed. Due to the rains. the course was cut from the typical 6-1/2 miles to less than 3-1/2 miles. The VBB-3 recorded an average 2-way speed of 212.615 miles per hour to set the new record in Category A Group VIII Class 8. It also had a 1-way speed of 270 mph.

The 2014 Bonneville Motorcycle Speed Trials Aug, 23-28 struggled, but got in a few days of runs. Despite monsoon rains, nearly 1,000 successful runs were made. Records were set by entries from small vintage bikes to a KillaJoule electric streamliner raced by Eva Hakansson and her team that ent over 241 mph. It was a year of adaptation and overcoming long odds to make a successful race week. “This wouldn’t have happened without the riders, the sponsors and the collaboration of all of the salt flats race organizations,” said the promoters.