The NASCAR Gander Outdoors Truck Series and Monster Energy NASCAR Cup Series drivers gave fans more than their money’s worth at the newly-renovated Talladega Superspeedway this weekend, with Mother Nature giving the Cup drivers a day to think about things. Spencer Boyd was the surprise winner in Saturday’s NASCAR Gander Outdoors Truck Series Sugarland Shine 250 after Johnny Sauter was disqualified. Ryan Blaney won a heart-stopper in Sunday’s Monster Energy NASCAR Cup Series 1000Bulbs.com 500, which had to be finished Monday afternoon due to rain. 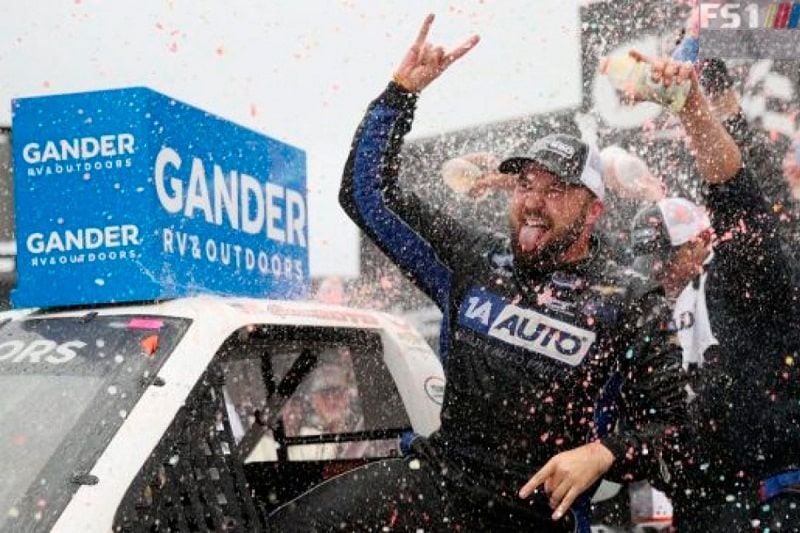 Johnny Sauter did all the things you’d expect a driver to do after crossing the finish line first in Saturday’s NASCAR Gander Outdoors Truck Series Sugarland Shine 250 at Talladega. He did a burnout and received the Checkered flag from the starter. The only thing he didn’t do that you’d expect a winning driver to do was drive his truck to Victory Lane. That’s because NASCAR ruled that Sauter blocked Riley Herbst below the yellow line in the final 200 yards of NASCAR OverTime, relegating Sauter to a tail-end of the Lead Lap finish and giving young Spencer Boyd the first NASCAR Gander Outdoors Truck Series win of his young career. 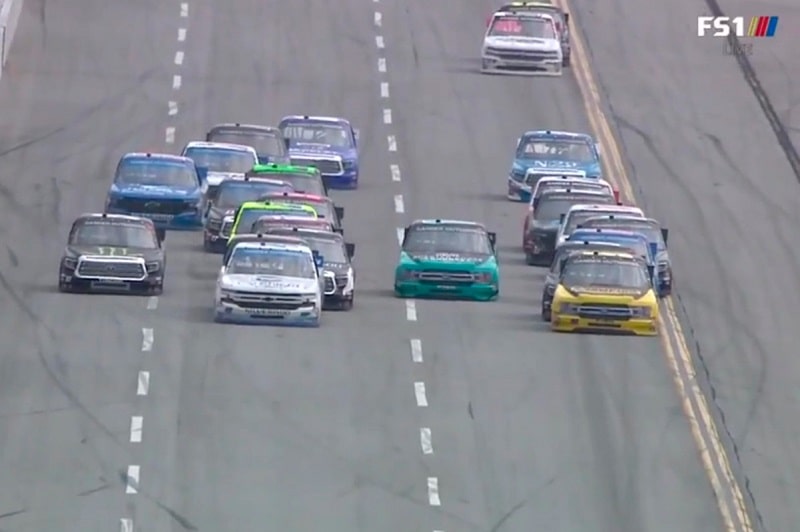 The whole race wasn’t safe for those with weak hearts as drivers were taking it three- and four-wide from shortly after the drop of the green to the waving of the checkered flag. Sheldon Creed won Stage 1 of the race and Stewart Friesen took Stage 2. The Big One came with seven laps left, leaving the field significantly lighter of hopefuls once the red flag was lifted. Todd Gilliland took second and Riley Herbst came in third after NASCAR’s ruling. 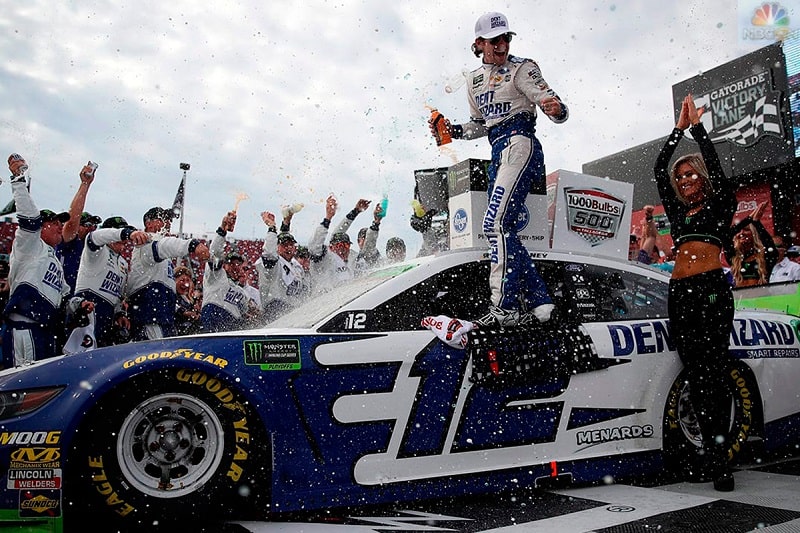 Mother Nature made her presence known during the Monster Energy NASCAR Cup Series 1000Bulbs.com 500 that started Sunday afternoon. Kyle Busch looked to be the early favorite after taking only a few laps to climb from the back to the front of the field; an engine change caused him to start the race from the tail of the field. William Byron won a Stage 1 as crews started talking about rain on the horizon. The yellow came out shortly after the green had dropped on the second stage as the skies delivered on the promise of rain, which got heavier and caused NASCAR to bring out the red flag. It was later decided to postpone the restart until Monday because Talladega doesn’t have lights.

Things got wild shortly after the race was restarted Monday. The Big One came not once, not twice, but THREE times throughout the closing stages of the race, with the last one occurring with only seven to go and seeing the 62 of Brendan Gaughan flipping in the air and coming back down on its wheels. Clint Bowyer won Stage 2. The final few laps of the race were heart-stopping, with the lead changing hands seemingly every second. Blaney first side-drafted Denny Hamlin to put space between him and Ryan Newman, who had the lead, then took advantage of a big push from Ford teammate Aric Almirola in the Number 10 to edge Newman out at the line by an incredible .007 seconds (seven thousandths of a second), the sixth-closest finish in NASCAR history. The three big wrecks shuffled the Chase field significantly and several who thought themselves safe are now on the bubble.