Although last Friday was J.R. Todd’s 35th birthday, he got his biggest present a couple of weeks ago when it was announced that he would be tapped by Kalitta Motorsports to drive the DHL Toyota Camry Funny Car, formerly driven by Del Worsham.

After Worsham suddenly revealed his plans to return to his family-owned team of Chuck Worsham Racing very shortly after the season, it was a logical choice for Todd to move over to the seat after having a long time hankering to drive a Fuel Flopper.

“Towards the end of the season we had talked about the testing possibilities of driving a Funny Car to make some runs, at least to get my license,” said Todd.  “It’s something that I’ve been wanting to do for a while and I got to make a little test run in Bob Gilbertson’s car in 2005, so it’s been in the back of my mind for a while, wanting to have my license.

“Then the word came out after the awards ceremony that Del was going back to race with his Dad.  Jim-O (Oberhofer, team manager) and Nicky (Boninfante) and a few of the guys knew that I was interested in driving a Funny Car and asked if I was wanting a stake at the DHL car and I was ‘heck yeah,’ I was all for it.  For me, it’s quite the honor to be able to step in that car.” 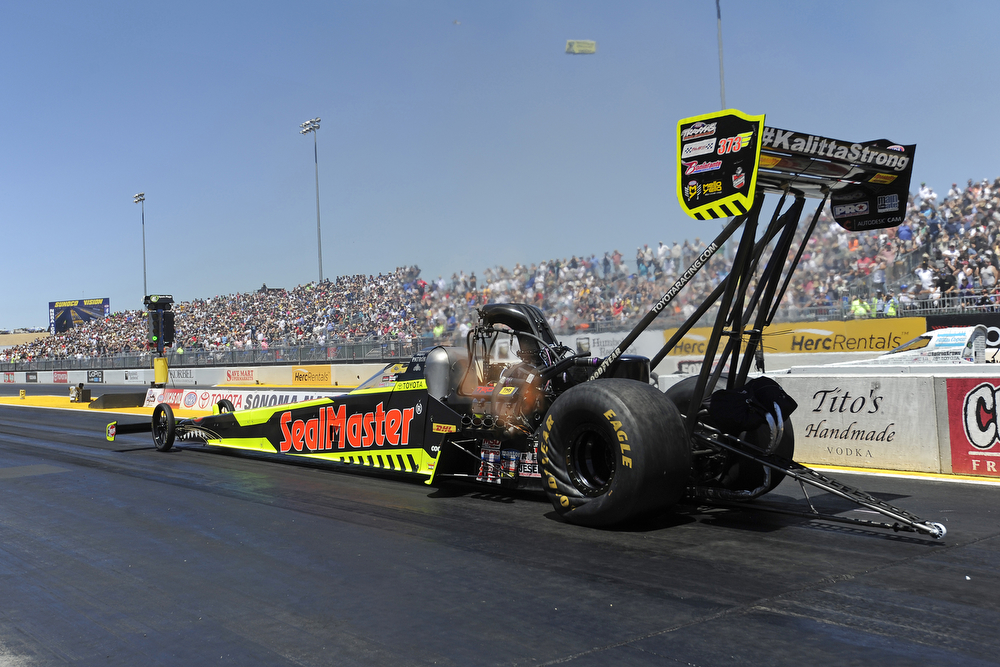 He feels the reverence of driving that car.  Jeff Arend and Worsham have been the only pilots of this Kalitta Motorsports ride since Scott Kalitta lost his life in a tragic accent in Englishtown in 2007.  Todd was racing for Morgan Lucas at that time. When the word spread through the pits he shocked to learn of the loss of this great competitor and friend of every driver out there.  He knows what it means to be ‘the one’ selected for this seat and is honored by the confidence shown in him, and he’s out to prove them right.

After all, it’s the same team that captured the 2015 Funny Car title, and Todd knows it’s not going to be an easy changeover after driving a Top Fuel car to the shorter wheel-based vehicle that gets a driver’s full attention. 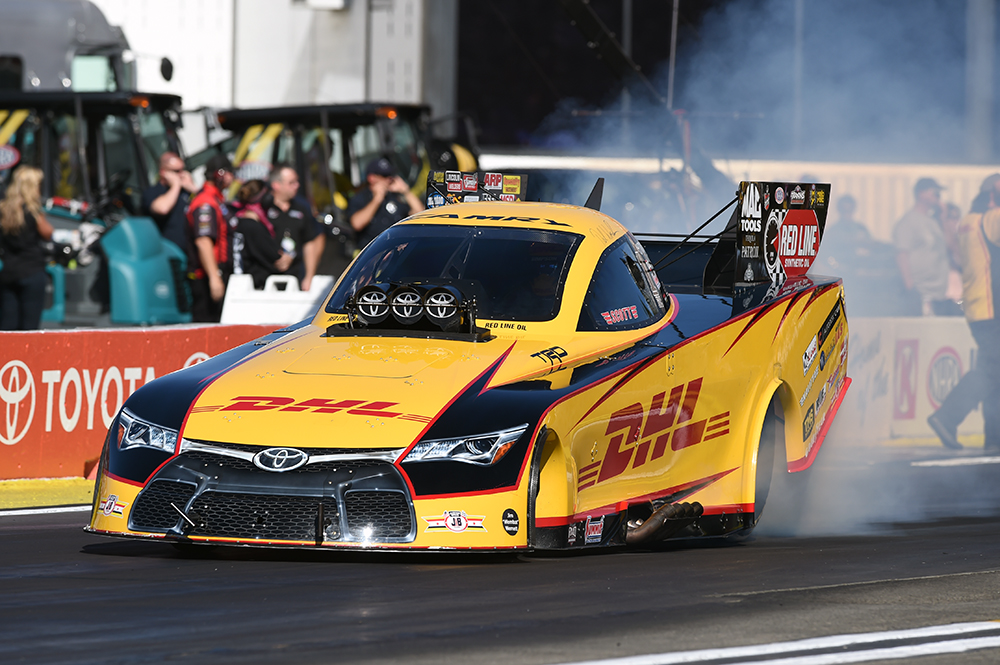 “I wouldn’t say it’s going be an easy transition by any means,” said Todd.  “I’ve just got some angst to get out there to Phoenix to make some laps.  I had the opportunity to go out to Bakersfield to make some runs in Del and Chuck Worsham’s car to cross off my license.  I’m very thankful for them to step up to allow me to do that.  That kind of makes the off-season go by a little easier, knowing I don’t have to wait until February to go out there and worry about making a license run in order to get down the track to meet requirements.  Now we’ve got that out of the way, we can focus on testing to get me up to speed where we need to be where we can be competitive.”

Todd has 9 Top Fuel wins to his credit and collected his last in Sonoma, beating Richie Crampton in honor of his friend Eric Medlen, and had five final round appearances with the closest being a literal tie against his teammate Doug Kalitta in Atlanta back in May, with Kalitta getting the Wally that day by an eyelash.

He ended up fourth in the Mello Yello Top Fuel points standings, finishing the season with a flash of two consecutive final round appearances in Las Vegas and at the Pomona Finals.  He started the Countdown in sixth, winning 10 rounds in the six-race championship span.  It was a great season for Todd – it’s just that Antron Brown, this year’s Top Fuel champ, had a better season.

“If you look at the stats, it looks like I had a career year,” said Todd, who finished second in the Top Fuel ranks in 2014.  “Looking back for me, I’d say it didn’t go the way we wanted.  I gave some points away in the final rounds, wishing I could go back and redo those times.  I constantly replay those in my mind.  Going into the Countdown with the way our summer went I really thought we had a shot at running for the Mello Yello championship.

“It was in the first Countdown race at Charlotte we stumbled really badly.  Then Antron got a big lead on everybody.  Honestly, you can’t allow that to happen.  A lot can occur when the Countdown comes around.  The main thing is we finished really strong and at that point, after Pomona, I really think we had a car to contend in 2017.  Then all this happens.  You suddenly have to change your mindset from one thing to where I thought it would be a nice relaxing off-season to where we are here now, where we’re wide open.  I’m flying to California making test runs, going to Ypsilanti being fitted for a Funny Car.  It’s been a crazy, fun off-season.” 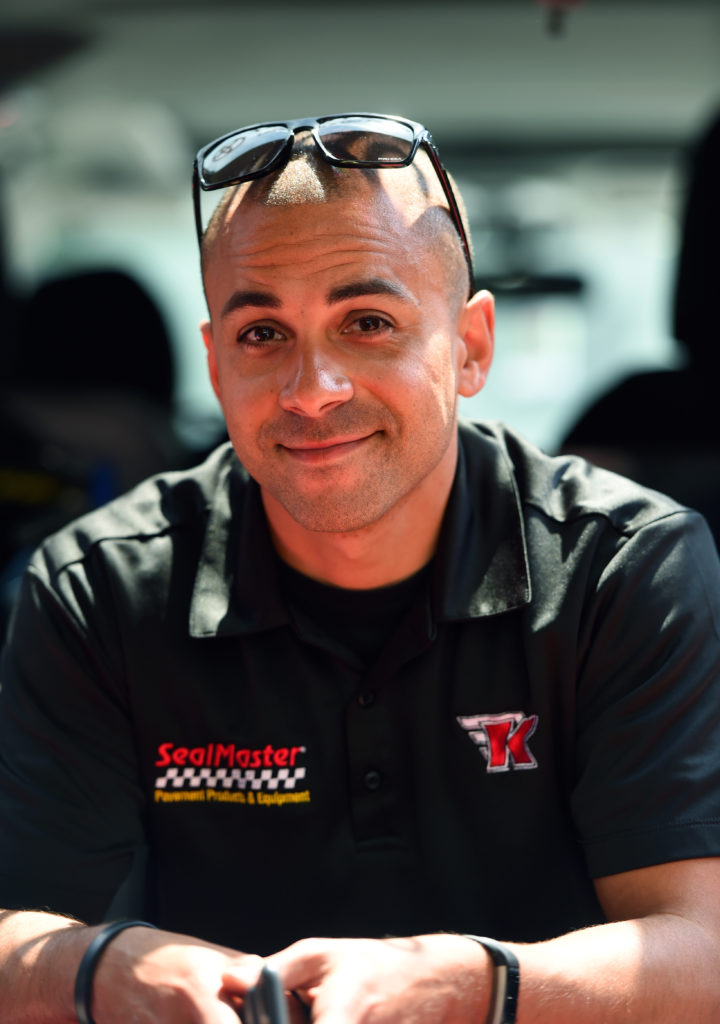 Having those license runs in Bakersfield gave Todd more insight into his new 330-mph surroundings, and with that came the knowledge of what to expect.  After the open cockpit of Top Fuel cars, it’s an entirely new sensation to be enclosed behind a fire-breathing 500 cubic inch nitro engine.

“Right off the bat, it’s the vision in a Funny Car, and in a dragster you can see quite a bit,” said Todd, now having Jon-O (Oberhofer) and Todd Smith as his co-crews for 2017.  “When in a Top Fuel car, you have the shield on your helmet blocked off so you can only see straight ahead, and you’re looking down the track and you know exactly where to point the thing on where to go.  While in a Funny Car, you’re sitting behind the engine and you have to adjust your line of sight and you really don’t look down the track until the Funny Car can get out there, going a little ways to get up on the tire.  It’s a completely different mindset trying to anticipate which way the car is going to go and steer it back.  It’s kind of like dirt-track racing and bull riding all mixed together.”

The race car, of course, is Todd’s biggest change, but that’s not all he has to contend with. He now has a new list of competitors against whom he has to learn to race; these major names in the business have a lot of respect for him, but they want to beat him.

“You know it’s crazy for me to be thinking that I have a chance to line up against guys like John Force, Del Worsham and Ron Capps,” Todd said with a smile of anticipation.  “These are all guys that I’ve looked up to and have gotten to know over the years, and I never thought I would line up against them in qualifying or race day.  It’s pretty crazy in my mind to think at the same time that you’re going to go out there and do whatever you can to beat those guys.  They’ve been at it for a long time and they’re pretty fast.

“Once again, going back to Del, it just shows what kind of guy he is.  He’s been a good friend of mine for a long time now.  Last week, he was in town for the PRI (Performance Racing Industry) show and spent a couple of nights here at my place here in Indy.  We had a chance to talk to tell me what to expect from the different guys in the Funny Car class in this and that.  He’s been a big help to me so far already in this transition.  When we get out there to Phoenix and start testing, he said, he probably won’t be testing his car, but he’ll make sure he comes over and help me with my move into the DHL Funny Car.” 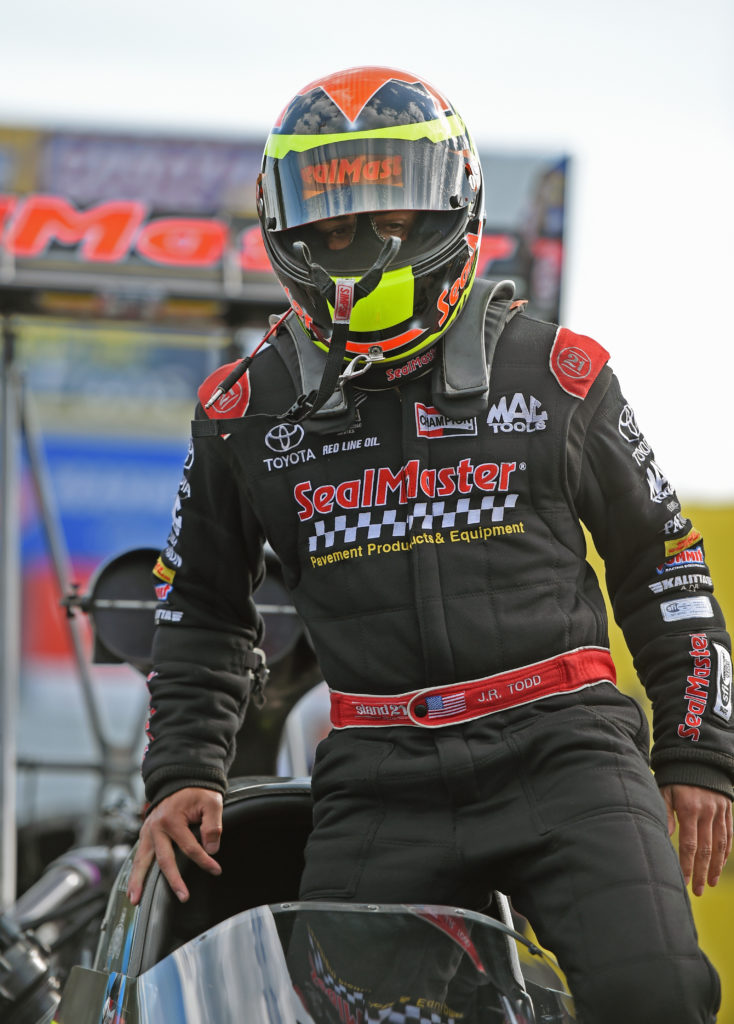 Now filling his shoes over in the SealMaster Top Fuel car for Kalitta Motorsports will be Troy Coughlin, Jr.  With the legendary racing legacy of this family, the innate ability to drive almost comes with a mandatory steering wheel at birth.

Todd will be right there for him and share his racing education, aiding him in the world of Top Fuel racing, giving him a different point of view to help him work through the change.

“I think it’s going to be good,” Todd said of his replacement.  “He’s in the same boat as I am.  He just needs some laps to get up to speed.  He’s jumping into a really good car prepared by Connie (Kalitta) and Rob Flynn (crew chief).  That thing is going to hit the ground running.  It’s capable of winning every event that it shows up to and could run low elapsed time every time it goes down the track.  He’s really excited and looking forward to the challenge.  He’s definitely going to contend for rookie of the year and wish him the best to get some more wins for SealMaster.”

For Todd, the buildup to 2017 can’t get here quick enough.  His mind is adapting to the new changes and he feels that getting to the track and getting it done is the only sure cure for the eagerness of what to expect.

“I’m really excited about it, you know,” he said.  “Jumping into a championship caliber team that won the championship in 2015 has my concentration working.  Basically, it’s all the same guys there.  I’m just happy with the way things are going on.  We got a new driver with Troy Coughlin and the part-time third Funny Car with Paul Lee.  I think the way things are shaping up it should be a big year for us and I can’t wait to hit the gas on a Funny Car, and hopefully when it comes down to it we’re winning races going into the championship.”

The Circle K Winternationals kicks off the 2017 NHRA Mello Yello series on Sunday, Feb. 12, at the Auto Club Raceway at Pomona. 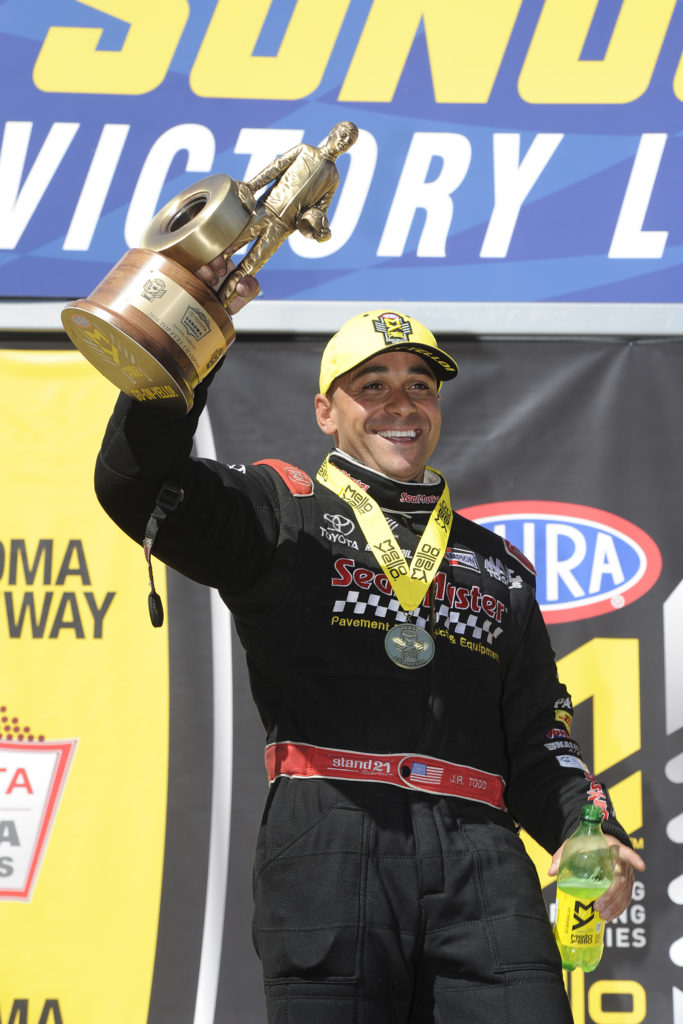