After a three-week hiatus, the stars of the NHRA Mello Yello Drag Racing Series were rolling hot this weekend at The Strip at Las Vegas Motor Speedway for the first four-wide drag race of the 2019 season. While some who put their chips on the table would come up short, two previous NHRA world champions once again won big at the Denso Spark Plugs NHRA Four-Wide Nationals. A little-known driver also put it all in to capture his first career win in Sin City. While 2017 Pro Stock world champion Bo Butner dominated this division for the third time in four races, 2018 Funny Car world champion J.R. Todd raced to his first win of the 2019 season after repeating his performance at last year’s fall event. Although both the Pro Stock and Funny Car Series winners didn’t have to make large bets to earn yet another division win, San Jose-based businessman Mike Salinas and his Scrappers Racing team put all their chips on the table to capture his first career win in his second final round with a terrific reaction time in just his fourth race. 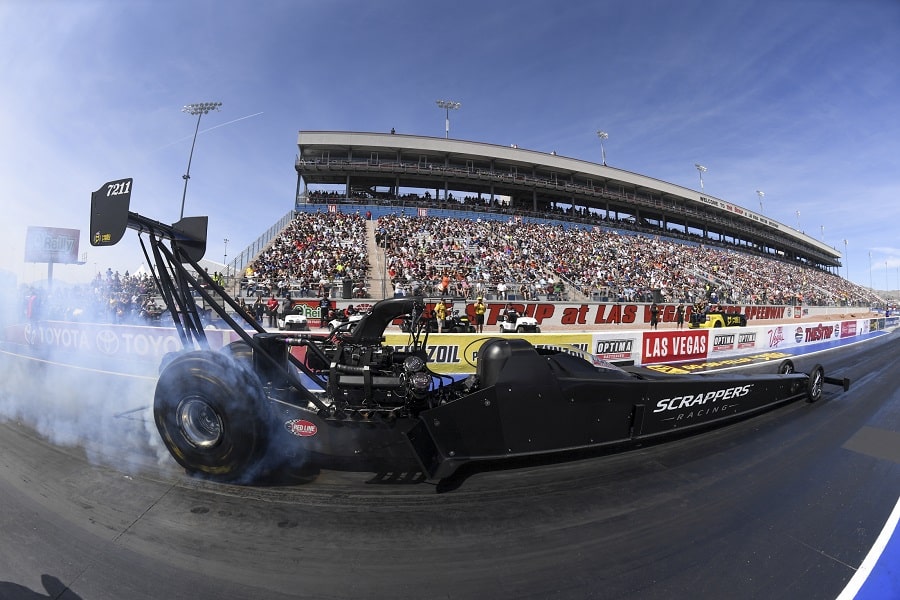 Despite starting the weekend off with a low qualifying position, Salinas and his hard-working team kept his hopes of a first career NHRA Wally alive after he powered his Scrappers Racing machine ahead of Clay Millican, Billy Torrence and Terry Totten in Sunday’s semifinal race to move on to Brittany Force, Doug Kalitta and Clay Millican in the final round.

While it seemed unlikely that Salinas would have a prayer to take down these legendary drivers, his taking advantage of a new tuning tandem provided by Alan Johnson and Brian Husen gave the businessman a chance to power to a 3.801-second pass to fend off Brittany Force’s runner up finish of 3.810-seconds, with Doug Kalitta and Clay Millican finishing third and fourth. Salinas’s jaw-dropping win ended a streak of three straight four-wide wins by 2018 Top Fuel world champ Steve Torrence.

“This first-time win feels great,” said Salinas. “I had this program I put in my head that I believed would work, and my Crew Chief Alan Johnson made it happen. It feels amazing to have this monkey off my back and I am excited to now have set the bar really high for my four racing daughters, who still have a long road ahead in this sport.”

Thanks to this win, Salinas now sits second in the point standings behind this weekend’s third place finisher, Doug Kalitta, heading into Houston. 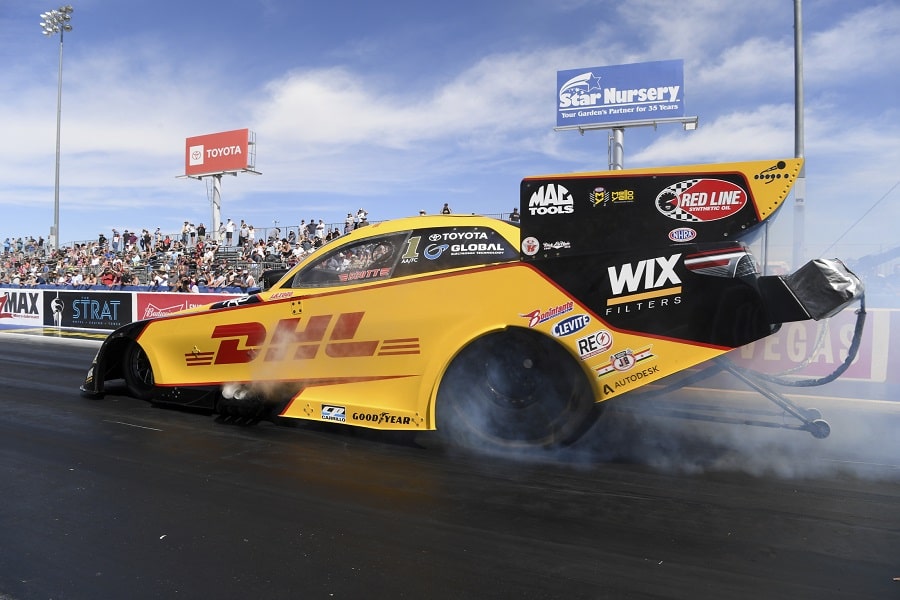 Defending Funny Car world champion J.R. Todd earned his own type of first win at The Strip at Las Vegas Motor Speedway. Todd’s first win of the 2019 season came after reaching yet another final round in the Denso Spark Plugs NHRA Four-Wide Nationals, after clawing his way to the final showdown of the weekend when he finished second behind Tim Wilkerson in Sunday’s semifinal round.

After outdueling Don Schumacher Racing teammates Tommy Johnson Jr. and Jack Beckman, as well as No. 1 qualifier Tim Wilkerson in Sunday’s final round, last year’s fall event winner was back on top thanks to an impressive 3.970-second pass in his Kalitta Motorsports DHL Funny Car.

“What a great way to celebrate the fifth anniversary of my joining Kalitta Motorsports,” said Todd. “Ever since I came onboard at Kalitta Motorsports we have done well here. We struggled early this year, shaking the tires on cold tracks. I knew that it would not be cold everywhere we went – and sure enough, it was hot in Vegas, which is a good equalizer for us.”

Despite once again earning big in Vegas, Todd and his Kalitta Motorsports teammates have a lot more in front of them to get to the top of the 2019 Funny Car point standings this season. 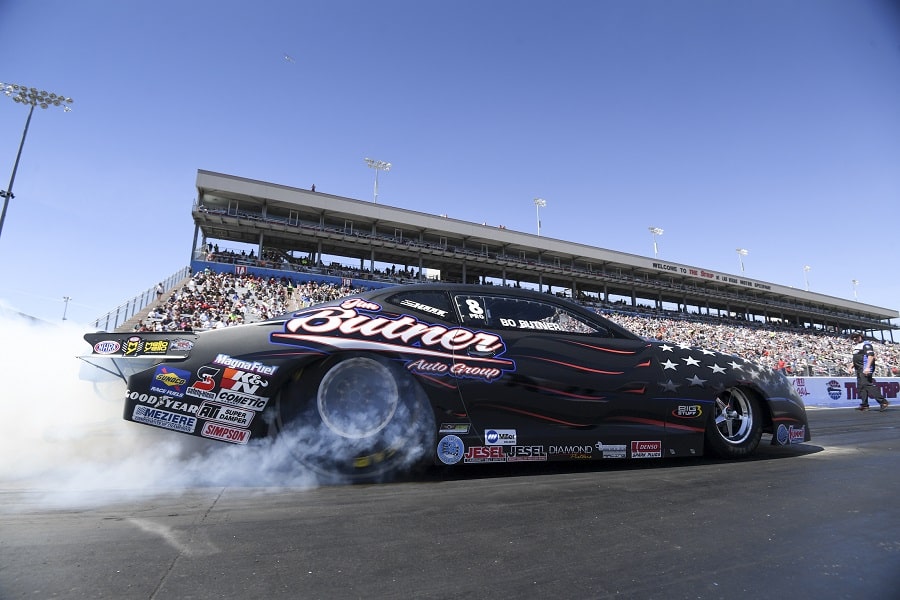 After running the quickest in the first round of Pro Stock racing this weekend, Bo Butner won two of the first three weekend races to advance to Sunday’s final round against Greg Anderson, Jason Line and Matt Hartford. Although Butner’s .030 light in Sunday’s final round did not break any records, it was good enough to now earn three of the first four Pro Stock Wallys handed out in 2019 and give Butner a firm grip of the 2019 Pro Stock points lead.

“This was definitely a tough win, especially against two of my K.B. Racing teammates,” said Butner. “The truth is, we could have easily had four cars in Sunday’s final round. I am lucky to be a part of this team and it is just great to be out here doing this.”