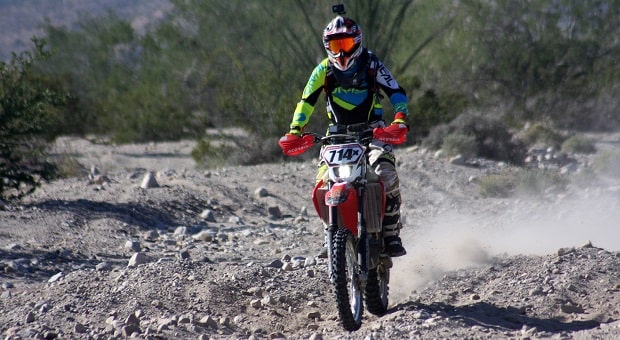 It is a new year, and the perfect time to slip back Behind The Wheel with the most impressive speed demons both on and off-road. To kick things off in 2019, we decided to catch up to a successful business professional who waited longer than most to begin developing his passion for motocross racing, but did not let this stop him from becoming the oldest Ironman finisher in the 2018 Baja 1000.

The current CEO of Basement Systems, Inc., founder of The Contractor Nation School of Entrepreneurship and one of Inc. Magazine’s most influential entrepreneurs found his love for motocross thanks to his younger brother, who also passed his passion for this sport to Janesky’s son Tanner. When Tanner competed with his father in the Baja 1000 three short years ago, this father and son team, who were underdogs against four – six man teams, won the race by 60 seconds in 25 1/2 hours. They were even featured in a 90 minute YouTube movie called “Into the Dust,” which highlights this duo’s experience in one of the most grueling of dirt off-road races in the world.

Click the Soundcloud link below to learn more about Janesky, who is sure to inspire you to achieve all your New Year’s resolutions/goals in 2019.