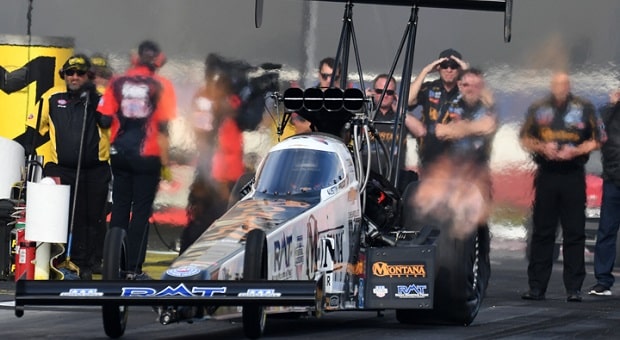 In a rookie season that came just before the start of the 24-race 2019 NHRA Mello Yello Drag Racing Series season, Austin Prock showed he belonged in Top Fuel right from the start. With assistance from NHRA legend Don “Snake” Prudhomme in getting financial backing, and with the brain trust of John Force Racing (which includes his father, Jimmy Prock, tuner for now-three-time Funny Car champ Robert Hight), Austin fit in right from the start.

Prock, now 24, gained his first round win in the initial race of the season and progressed from there. Sure, there were times when he didn’t make it out of the first round of eliminations, but Prock advanced more times than not and celebrated his first Top Fuel win in Seattle, final race of the Western Swing, the same weekend team owner and 16-time Funny Car champion John Force earned his 150th Wally winner’s trophy.

Prock’s consistency earned him membership in the ten-driver Countdown to the Championship six-race playoff series that determines each year’s titleholder; he finished eighth, just two points behind double race-winner Mike Salinas. No other rookie racer made the Countdown this year.

As a result of his proficiency, Austin Prock earned NHRA’s vaunted Auto Club Road to the Future award and accepted those honors during the series’ award banquet in Hollywood on Monday night, just a day after the culmination of a season’s worth of exciting racing.

“I am proud of the season this Montana Brand/Rock Mountain Twist team put together,” Prock said. “My guys worked their asses off all season long to give me the opportunity to win the Auto Club Road to the Future award. I couldn’t have done it without them. I would have never been here without John Force and Robert Hight. They gave me the opportunity to fulfill my dream and I owe the world to them. I hope I made them proud.” 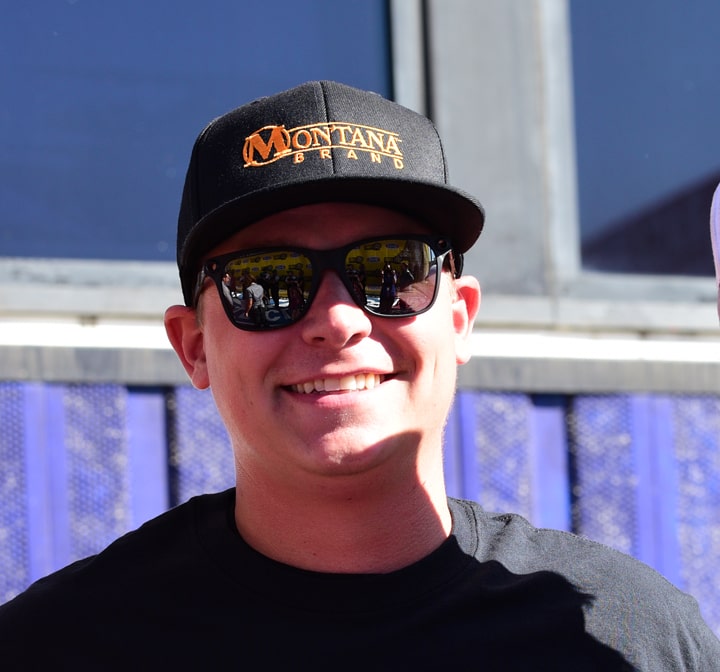 It wasn’t an easy racing season for third-generation racer Austin Prock as he learned his craft. There were changes to his team’s makeup in the first half of the year. The team brought veteran crew chief Mike Green, who used to work with Don Schumacher Racing and who tuned Tony Schumacher, an eight-time champion (once under Green’s watch), after the seventh race of the year.

“Bringing in Mike was huge,” Prock admitted. “He told me we were going to take things slow and go step by step, so when it does start running good, we’re going to know exactly why it does. I’m so impressed with how good the team has come together and how well they perform.”

There are only 10 first-year drag racers who have won in their initial season of NHRA racing, and Prock is among them. He’s also the 13th rookie to qualify for the Countdown and the sixth John Force Racing driver to earn this rookie award. The others include Tony Pedregon in 1996, Hight in 2005, Ashley Force-Hood in 2007, Mike Neff (2008), Courtney Force in 2012 and 2017 Top Fuel champion and Prock’s teammate Brittany Force in 2013.

About Anne Proffit 920 Articles
Anne Proffit traces her love of racing - in particular drag racing - to her childhood days in Philadelphia, where Atco Dragway, Englishtown and Maple Grove Raceway were destinations just made for her. As a diversion, she was the first editor of IMSA’s Arrow newsletter, and now writes about and photographs sports cars, Indy cars, Formula 1, MotoGP, NASCAR, Formula Drift, Red Bull Global Rallycross - in addition to her first love of NHRA drag racing. A specialty is a particular admiration for the people that build and tune drag racing engines.