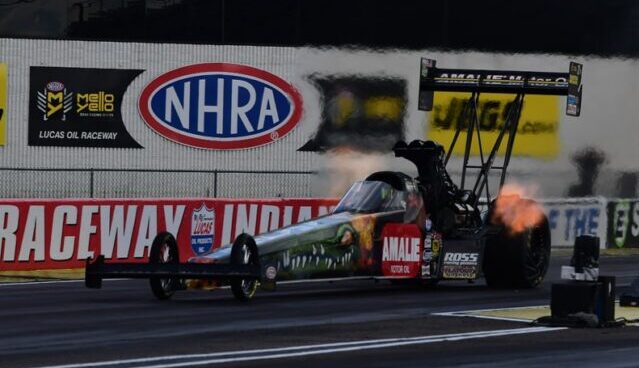 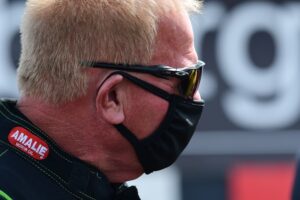 The news comes as the Camping World series enters the final phase of its 2020  activities, with only three races remaining on the calendar: Texas, Houston and Las Vegas. McMillen, the fan-favorite currently holds fifth place in the Top Fuel standings, lagging only Steve Torrence, Doug Kalitta, Leah Pruett and Billy Torrence. He has produced two event wins with his small, single-car teams, including the 2018 U.S. Nationals.

Amalie Motor Oil’s decision to leave the sport is directly due to the ongoing COVID-19 pandemic and its effect on the global economy. As more and more people work from home, do much of their shopping online, driving in the United States has been reduced.

A research study by KPMG International said these two activities have reduced driving substantially – by up to 270 billion miles annually – and with fewer people driving consumption of motor oil has fallen exponentially. KPMG predicts as much as a 10 percent permanent reduction in the nearly three trillion miles typically traveled every year in the United States, which has already affected the motor oil business and the automotive industry as a whole. The company expects much of this reduction to be permanent. 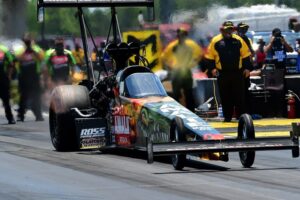 McMillen will evaluate the direction of his single-car racing enterprise in the coming weeks. “I can’t thank Amalie Motor Oil enough for the support they have shown me over the past 19 years,” McMillen said. “It is not a cliche; this company was part of my family. They stuck by us as long as they could and we are agreeing to suspend the sponsorship with no hard feelings.

“They have gone above and beyond to be fair with my team financially. We just reached a point where it didn’t make good business sense for either of us to move forward. Starting today we are exploring new opportunities. Right now it is key to keep Amalie employees working and making product, so when the economy turns around they will be ready.

“Amalie has supported us through the good, the bad and certainly the ugly,” the Elkhart, Ind.-based team owner said. “When other teams were laying off their crew during the height of the pandemic, Amalie made sure that I was able to keep my team intact and employed. I know that this decision was extremely painful for Amalie, as it is for me, but I look forward to what the future has to offer, and I won’t give up hope that I will be back on the track in a competitive fashion again one day.”

McMillen’s team began racing in 2007. They qualified for the NHRA Countdown to the Championship, the six race playoffs that were cancelled this year by the pandemic, in both 2017 and 2018. Throughout his career with this longtime partnership with Amalie Motor Oil, Terry McMillen has advanced to eight final rounds, including a career-best five final rounds in 2018.