NASCAR rolled into the Las Vegas Motor Speedway this past Friday for a wild weekend in the desert. The track was hot and slick all weekend. There were around 20 caution flags and two red flags between the three races. Grant Enfinger was able to hold off the field in the NASCAR Camping World Truck Series race Friday night. Ross Chastain had the dominant car to beat on Saturday in the XFINITY race. Sunday saw Brad Keselowski get the win with a fifth place car. 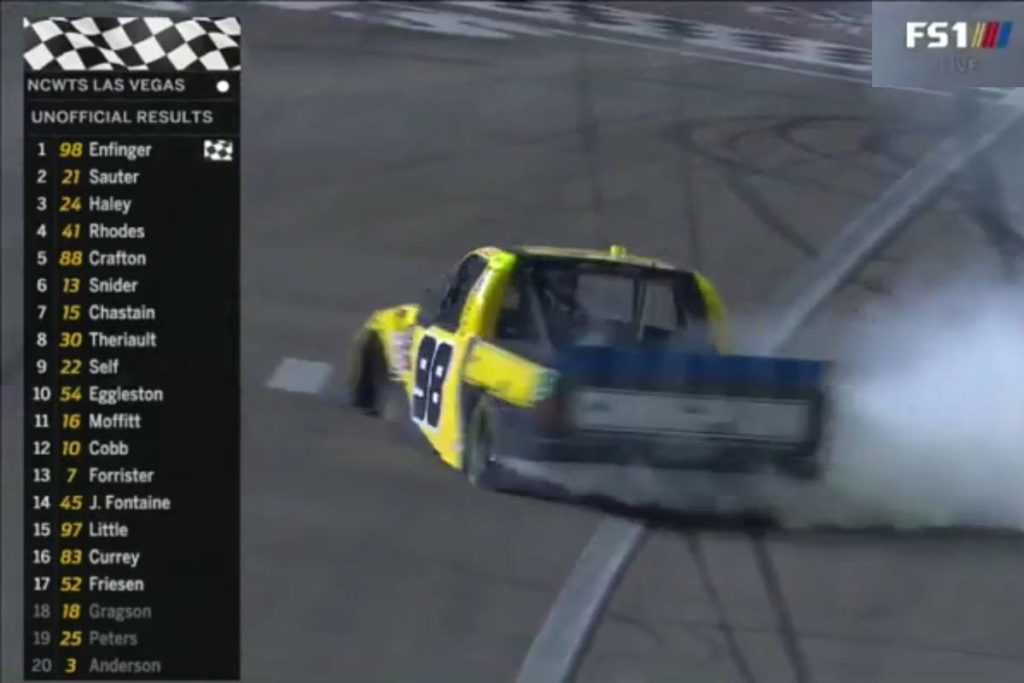 Friday’s NASCAR Camping World Truck Series World of Westgate 200 was, to be blunt, a wreck-fest. It was also one of the best Camping World races this year, with tons of racing, rubbing and passing throughout the pack. When everything was cleaned up after the 11 cautions and late red flag, Grant Enfinger was able to move his ThorSport Racing number 98 from the middle of the top ten, where he ran most of the night, to both the second stage win and the final checkers, punching his ticket into the next round in the NCWTS playoffs alongside last week’s winner Justin Haley. Pole sitter Noah Gragson won the first stage but was involved in one of the many wrecks, which ruined his chances for the win. 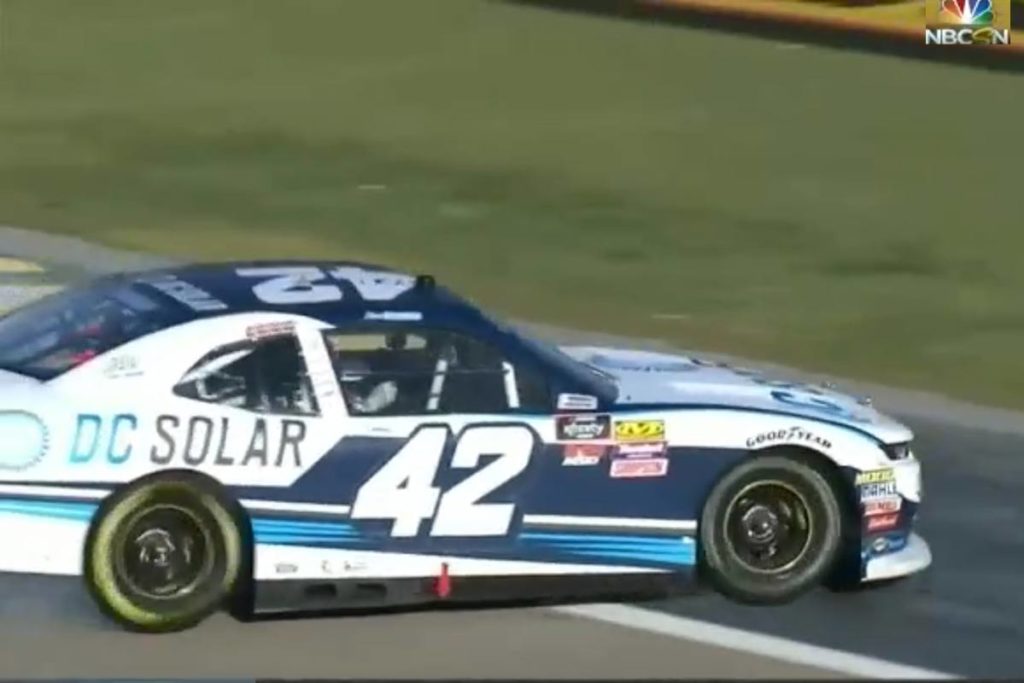 Although he didn’t win in Saturday’s NASCAR XFINITY Series DC Solar 300, JR Motorsports’ number 7 Justin Allgaier had plenty to celebrate after his second place finish in Saturday’s DC Solar 300.  His second place finish was enough to clinch the “regular season title” for him in the XFINTIY Series over C. Bell. Stewart-Haas Racing’s Cole Custer put his 00 into third when the checkers waved, moving himself into a tie with Elliot Sadler for third in points. 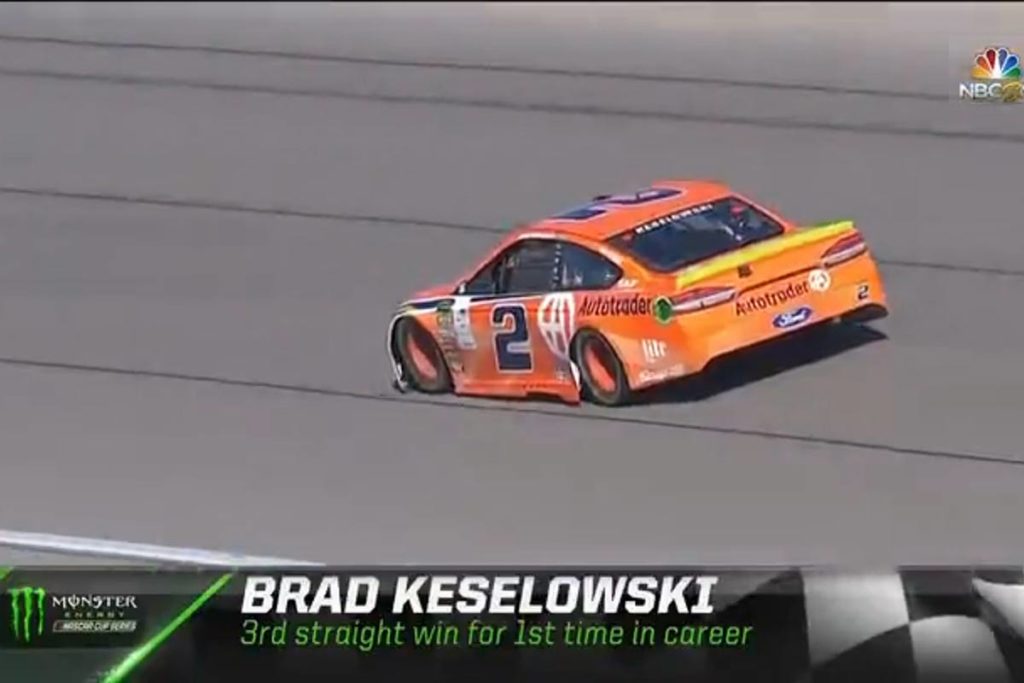 Keselowski had a fifth through tenth place car all day in Sunday’s South Point 400. The Cup drivers also had trouble keeping their cars pointed in the right direction, though, and ten cautions plus a 10:37 red flag tore the heart out of the Chase contenders sixteen. This was the first race of the playoffs for them and the bottom four were all guaranteed to not make it into the next round on points after being involved in the wrecks.

Truex won the first stage and was then taken out of contention until late in the race. Keselowski won the second stage but then foundered for a while. Kyle Larson put on a “Pied Piper” act for much of the race and ended up finishing second. The win was the 500th for “The Captain” Roger Penske and Brad’s third in a row, the first time he’s ever won three in a row in his career.