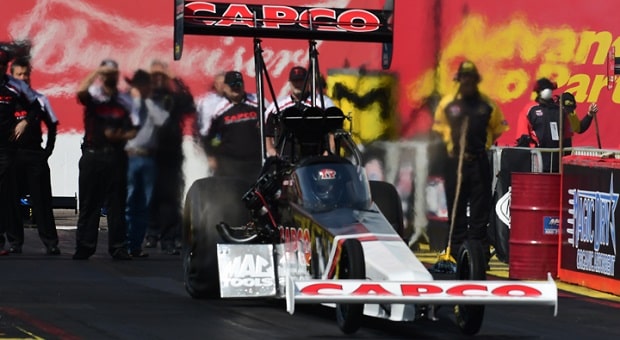 Only Top Fuel and Funny Car are making the trek this week for the 31st annual Menards NHRA Heartland Nationals Mello Yello competition on the Heartland Park dragstrip in Topeka, Kansas. As it is, both premium categories are under-represented in the official entry list, although those have long been known to change prior to the start of qualifying.

Some of the better news coming out one day before said qualifying begins is that Leah Pritchett will be on-site and does have a sponsor for her Don Schumacher Racing (DSR) dragster this weekend. Shell Rotella Gas Truck engine oil has stepped up and the DSR-built rail will sport red and white colors for the occasion.

With only 14 Top Fuel entries heading to Kansas this weekend, one of Steve Torrence’s major competitors looks to be his dad, Billy, who won the second race of the year at Phoenix. They are a one-two punch in this class and seem to be unstoppable. Of course anything can – and does – happen in drag racing. 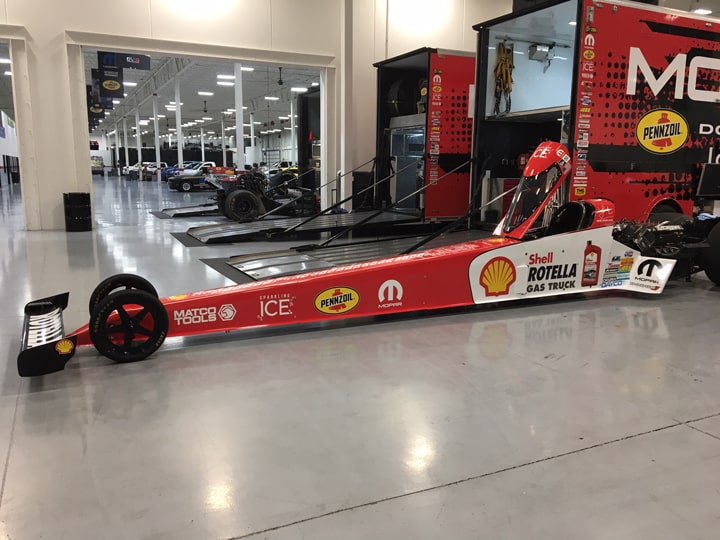 After damaging his new Ford Mustang body in Joliet, Tim Wilkerson will be reverting to an older body but is still looking for a win light in Kansas. He’ll be joined by 14 other racers in Funny Car looking to take some success away from John Force Racing’s Robert Hight, the company’s president and firm namesake John Force. The two Chevrolet Camaro SS racers are looking to stay at the top of the points list and earn a 150th national event Funny Car Wally winner’s trophy, respectively.

With another short field, no one will go home, but expect some fierce competition in this class, especially now that Tommy Johnson Jr. has finally earned a win light in his Dodge Charger SRT Hellcat. His Don Schumacher Racing teammates are first to want to beat TJ Jr., and any one of them could do that: Ron Capps, Jack Beckman and Matt Hagan are using the same equipment, for the most part, but each driver’s crew chief has his particular settings for this, and every track.

While reigning Funny Car titleholder J.R. Todd had a weekend to forget in Joliet, he’s hoping to take his Kalitta-prepped DHL Toyota Camry to the Winners Circle with a car he says is running well. Hot weather awaits the NHRA contingent, with only a slight chance of rain Friday but the possibility of thunderstorms Sunday afternoon. Journeyman Jack Wyatt from Seymour, IA joins the circuit this weekend, along with Dale Creasy Jr.

NHRA has declared that Erica Enders and Andrew Hines stand atop their power rankings after last weekend’s Route 66 NHRA Nationals, but neither will be racing this weekend in Pro Stock or Pro Stock Motorcycle, respectively. Enders will compete in Pro Mod, as will her Elite Motorsports Pro Stock teammate Alex Laughlin. There will be 25 Pro Mod entries vying for 16 spots this weekend.

There will be 23 drivers racing in NHRA’s SAMTech.edu Factory Stock Showdown this weekend, with many of them racing a 2019 Chevy Camaro in the class. This year marks the 50th anniversary of the COPO Camaro. Initially featuring the all-aluminum 427 ZL1 engine, the COPO Camaro was an instant success in Stock Eliminator and that legacy is being upheld in NHRA’s Factory Stock Showdown category. 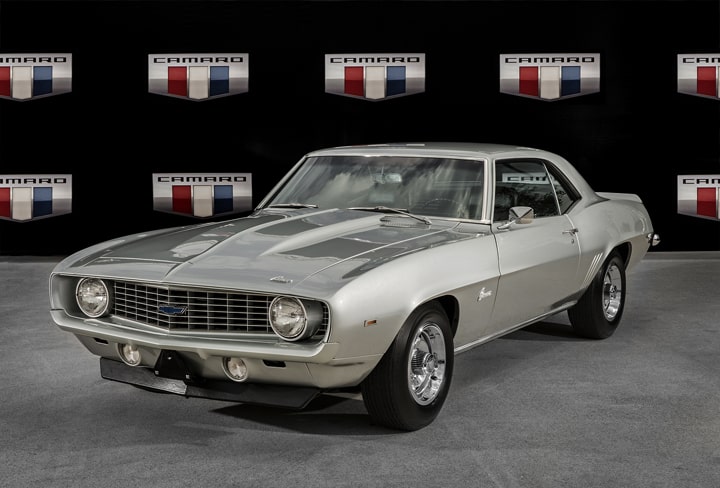 “These Factory Showdown cars are what people are driving today,” said current competitor and 2017 class champion David Barton, a Pennsylvania-based engine builder. He joins nine other COPO Camaro competitors vying for a spot in the 16-car competition.

The race at Topeka marks the half-way mark in a four-races-in-four-weekends trek for NHRA’s top classes. Although they’ll miss next weekend’s NHRA Thunder Valley Nationals in Bristol, TN, both Pro Stock and Pro Stock Motorcycle return to compete two weeks from now at the Summit Racing Equipment NHRA Nationals in Norwalk, OH.