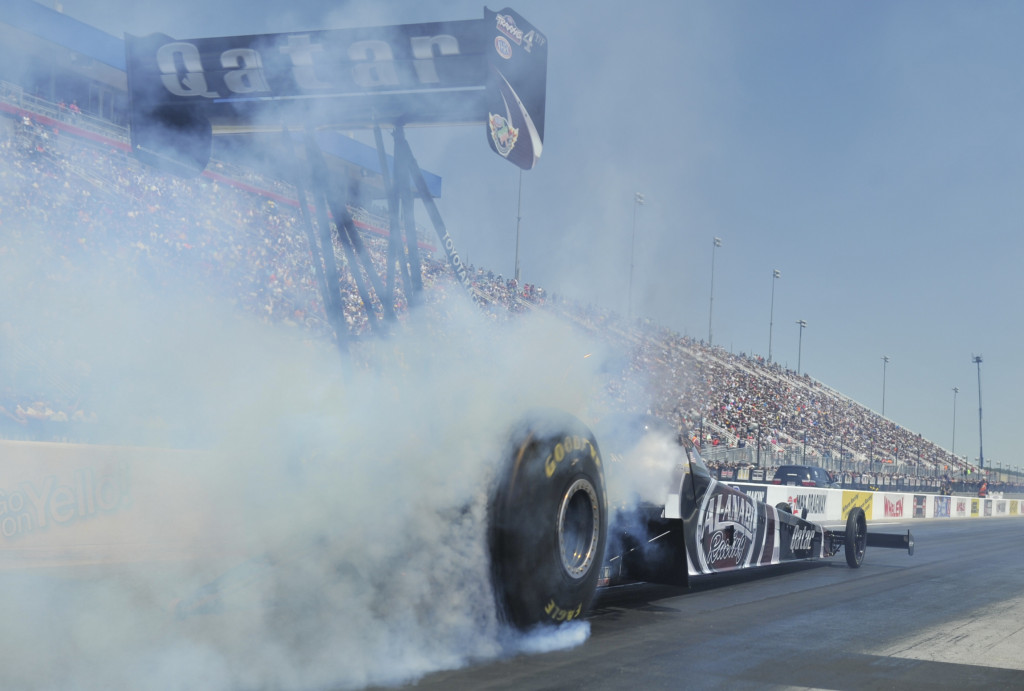 Shawn Langdon showed up in late January at the former Firebird International Raceway five years ago, fresh off his second NHRA Lucas Oil Super Comp world championship in preparation for a new career in the Top Fuel class with Morgan Lucas Racing.

The shy, humble Langdon was taking his first steps forward in his new dragster and was determined not to mess up.  The task of changing over from a normal-aspirated engine to an 8,000 horsepower ride was definitely something new for the young drag racer.

He learned very quickly at 320 miles per hour under the tutelage of team manager, Alan Johnson.

In 2013, the former Mira Loma, Calif., resident is now destined to reach the pinnacle of the Top Fuel division with his first NHRA Mello Yello World championship at this weekend’s Auto Club Finals at the Auto Club Raceway at Pomona.

The man who started out as a sportsman bracket racer is now turning some of the best times and speeds in the sport.   Langdon has had a break-out season with his Alan Johnson-led Al-Anabi team with six wins, three runner-up finishes and seven No. 1 qualifying positions just this year to place him on top of the standings.

“Well, it would mean everything to me to be able to end the year at Pomona with a championship just for the fact that’s where I grew up, racing junior dragsters, growing up, being a big fan of the sport, watching my idols race there,” said Langdon. 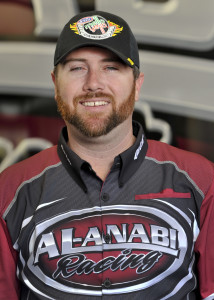 “Pomona to me is a special place.  When I look at the season, Pomona to me is Indy; it’s the biggest race of the year because it’s where I grew up racing in the Lucas Oil Series and have a lot of friends and family out there.  Then, you start the season there and you see a lot of new things come out for the year, and then you end the season there racing for the championships, all the excitement that goes into Pomona.  It’s definitely one of the, for me, most exciting races of the year.

Langdon enters Sunday’s Top Fuel finale at Pomona with a 102-point lead over rival and friend, Antron Brown.  Although, he’s been in the fight for a drag racing championship before in his sportsman days, he understands clearly, this time, it’s for real in the major league of drag racing and what is especially nice this time is the carrot dangling a prize of $500,000 to get his racer motivated.

Having to deal with the media interest in this NHRA Countdown chase would normally cause stress for most drivers handling all the duties outside the cockpit of his race car.  Langdon being so new to all this attention is taking it all in stride keeping his eyes open, and doing most of his talking on the track.

“Well, there still is that pressure of having to perform,” said the modest Langdon.  “It’s what you grew up wanting to do, wanting to accomplish.  When you grow up as a kid, wanting to be a professional drag racer, you envision yourself putting yourself in championship scenarios in the biggest pressure moments.  To be in a Top Fuel championship is quite a bit different than Super Comp.  I think it’s maybe more of the media attention and all the publicity that’s drawn to it.  So there’s a lot of interviews, there’s a lot of questions, there’s a lot of people paying attention.  I think it’s just a little bit more of the outside pressure.  As a driver, I think you have the same amount of pressure.  You’re obviously, wanting to perform.  What really makes or breaks a driver is being able to perform under the biggest pressure moments.  I think we’re in it right now. “

Langdon is making his second serious campaign for the ‘Gold Wally’ and despite dominating the year likes the NHRA Mello Yello Countdown program of having a selected six races to do his bidding.

“Well, I think from the four previous years that I’ve been in the Top Fuel category; I was always looking forward to the Countdown,” said the 31-year old, Langdon.  “Going into the Countdown, I was always before in the fifth to ninth-place range.  This year is different.  We went in leading.

“I was reading some stuff online about the Countdown saying we would have already clinched the championship had we not had the Countdown.  Honestly, I enjoy it.  Of course, we want to win the championship, that’s the ultimate goal.  I think it’s that drama leading up to the final race of the season, still having multiple drivers having a shot at that championship, that’s what, drives fans to show up.  That’s what creates all the drama. You have to have that in the sport. I really enjoy the Countdown to leave it up to the last six races of the year.  No mistakes. You have to be at your ultimate best.  I think it’s just great for the sport and the Mello Yello Drag Racing Series. “

Now after five years behind the wheel of an NHRA nitro-breathing dragster, Langdon feels that his added confidence is quickly becoming second nature going up against the best in this speedy business.   The early points leader maintained a small distance, taking the season-opening Winternationals, only to drop as far back as fourth, before coming on strong at the midpoint of the season at Norwalk, Ohio, making his move to the top of the standings.   Since then, he’s never had to look back.

“I think it’s just surrounding yourself with great people, having that confidence, having that belief in yourself and in your team that you can accomplish great things, I think it can carry yourself a lot further.”

“Performing in front of Alan Johnson, well, it can be a little bit intimidating at times just because you look at Alan at what he’s accomplished in his lifetime; the names of the drivers that have driven for him are the best in our sport.  So for me, I’m a young up-and-coming driver, and I still have a lot to learn and a lot to prove.  But I like that. I like the fact that I have the best in the business.  Whether he talks to me after a run, whether it’s something that he says in a positive manner or whether it’s something that he says in a manner of addressing something that I might have done wrong, he just makes me better.

“There’s nothing negative about working for Alan Johnson.  I mean, the guy is absolutely the best of the best and I’ve learned more in these last two years, not only just being a driver, but how to handle being a driver, how to handle a lot of the outside positives or negatives just in life.  He’s a great mentor.  He’s a great team manager; however you want to look at it. Alan Johnson is the best in the business. “ 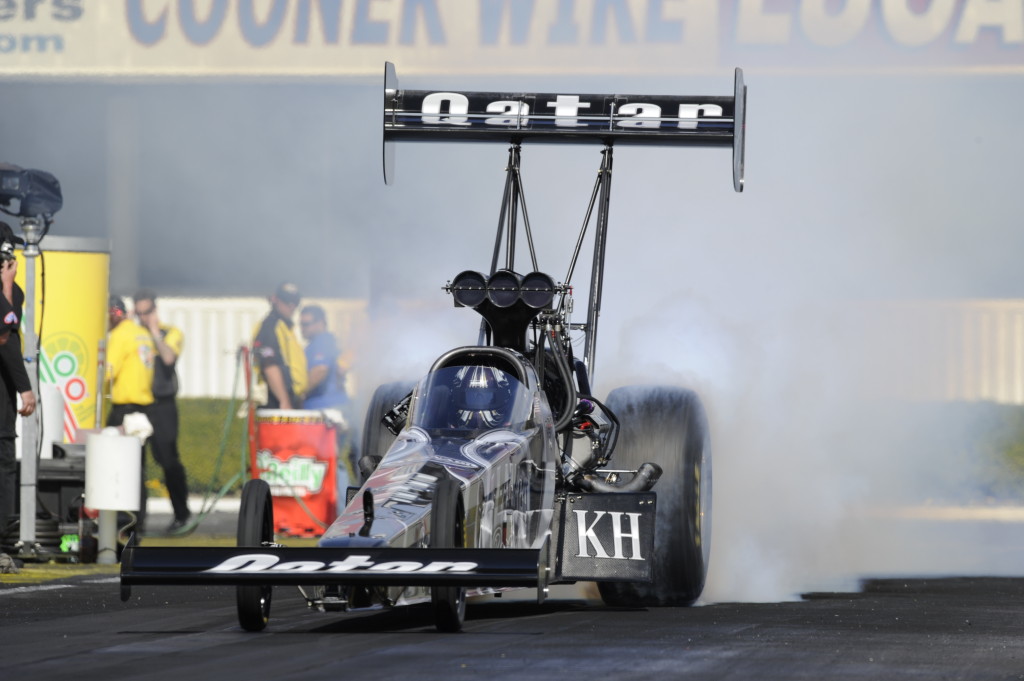