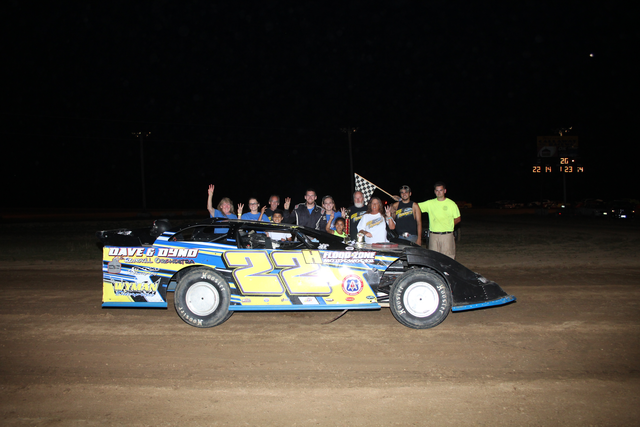 A sprinkling of Lucas Cattle Company ULMA drivers competed in four events last weekend. In the end, Aaron Marrant kept his winning ways going with dominating wins at Lakeside Speedway on Friday night and Central Missouri Speedway on Saturday. Chris Smyser KO’d the competition for yet another victory at Randolph County Raceway on Saturday. Dustin Hodges claimed his second-straight win at Callaway Raceway on Friday and this week assumes command of the overall championship point’s lead.

After two previous rained out events at Lakeside Speedway in Kansas City, drivers finally had the opportunity to run the big track. Aaron Marrant drove to his second win at the speedway after winning the special event at the end of last season. Marrant easily outpaced the rest of the field for the win with Bobby Penney, Bob King, Chad Clancy, and Scott Phillips completing the top five. Marrant also won the USRA Modified main event. Drivers will have another chance to participate at Lakeside when ULMA returns for the Triple Crown Shootout event on Friday, July 1st. For more information, visitwww.lakesidespeedway.net. ULMA has been informed by the speedway that if the car count does not improve for the July 1st race that the track will be unable to host any further ULMA events this season. 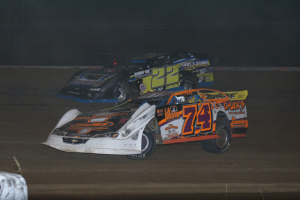 Dustin Hodges captured his third-straight win at Callaway Raceway in Fulton, Missouri on Friday night. The win ultimately positioned Hodges to assume command of the point’s lead just one night later. Behind Hodges at the finish was David Melloway, followed by Chris Cox, Cody Holtkamp, and Corey Botkins. Action resumes at Callaway Raceway again on Friday, June 24th. Gates open at 5 with hot laps at 7 and racing at 7:30. The track is located at 7419 County Road 405, Fulton, MO. For additional information call(573) 592-7795 or (573) 642-6580 or visit www.callawayraceways.com.

At Randolph County Raceway (RCR) in Moberly, Missouri on Saturday night, Lancaster, Missouri’s Chris Smyser raced his way to his third ULMA victory of the year and third at RCR. It was the first time since early May that the RCR program included ULMA Late Models, Smyser also won that event. Kenny Mudd, Dustin Hodges, Cody Holtkamp, and Ryan Petersheim rounded out the top five. ULMA cars return to RCR during the Triple Crown Shootout weekend on Saturday, July 2nd. For general track information and event schedules be sure to visit the track online at www.randolphcountyraceway.com.

Eight cars showed for racing at Central Missouri Speedway (CMS) in Warrensburg, Missouri on Saturday. Aaron Marrant dominated the lone heat race of the night and set himself up for the main event. Marrant ultimately outpaced the field for his second-consecutive victory of the weekend and seventh overall ULMA win of the year. Bobby Penney finished runner-up for the second straight night to secure another solid outing. Aaron Poe, Jon Binning, and Bob King finished out the top five. CMS ownership also voiced their concern over the poor showing of cars and announced it would look very hard at the remaining dates for ULMA this year, after receiving calls from fans asking if late models were a part of the night’s race program, to only have eight cars “was very disappointing.” ULMA drivers are set to return to CMS during the Triple Crown Shootout on Sunday, July 3rd. Visit www.centralmissourispeedway.net for detailed information. 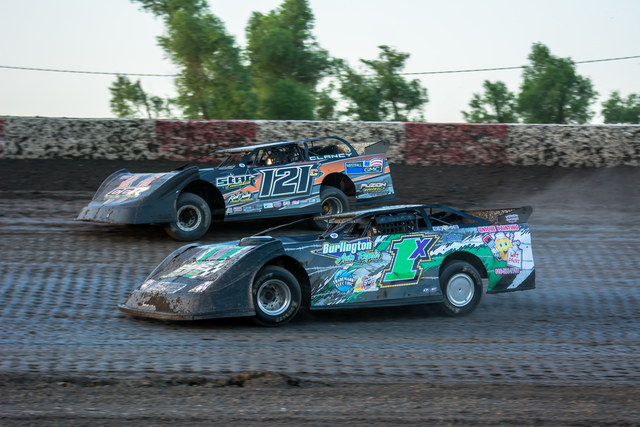 Along with Callaway Raceway on Friday night in Fulton, Missouri, ULMA competitors also have Lucas Oil Speedway in Wheatland, Missouri to compete at this weekend, on Saturday night. Keep your browser pointed to www.lucasoilspeedway.com for news and information regarding Lucas Oil Speedway! Look for discount coupons for this week’s races in the Bolivar Herald-Free Press. For more information on the Bolivar Herald-Free Press, please visit www.BolivarMONews.com. Ticket prices for Saturday’s program are: Adults (16 and up) $12, Seniors (62 and up)/Military $9, Youth (6-15) $5, Kids (5 and under) FREE, Family Pass $25, Pit Pass $25.

The Jake Williams Memorial ‘Triple Crown Shootout’ presented by RacinDirt.com is fast-approaching over the Independence Day weekend. The special weekend honors late ULMA competitor Jake Williams, who tragically lost his life late last year. Williams was a former track champion at Lucas Oil Speedway. Dates for this year’s shootout include the opening event at Thursday, June 30 at Lucas Oil Speedway, Friday, July 1 at Lakeside Speedway, Saturday, July 2 at Randolph County Raceway, and Sunday, July 3 at Central Missouri Speedway. All events will count towards the overall ULMA championship standings. Drivers entering the Triple Crown Shootout event will participate in a mini points series bolstered by RacinDirt.com. Drivers must compete in at least three of the four events to be eligible for prize fund money for the event. If a driver competes in all four events, he gets to keep his best three finishes to count towards the special prize fund.

For a printable schedule and printable copies of the association’s rules and regulations, be sure to visitwww.ulmaracing.com. During the race season the association is also active on its Facebook page atwww.facebook.com/ULMA-United-Late-Model-Association. ULMA’s outstanding group of season sponsors includes Lucas Cattle Company, Hoosier Tire Midwest, Radical Race Wear, FastShafts.com, RacingJunk.com, RacinDirt.com, and Photographics by Shelly Payne.