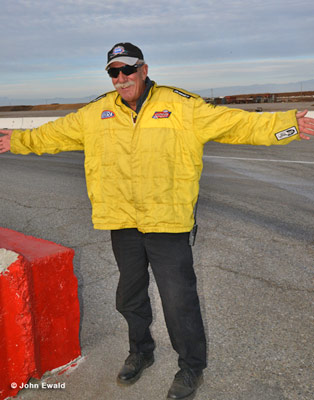 The role of the safety official is an important one – there’s a lot of responsibility in keeping people safe in a race situation. Reporter Mike Aguilar sat down with long-time friend Don Irvin, an NHRA Safety Official, to find out how he got started in racing, and what his job REALLY entails.

Mike Aguilar: What did you do before you became a safety official with the NHRA?

Don Irvin: For my job I worked with Standard Oil of California, and I ran my own machine shop here in the San Diego area for a number of years. I was also a street racer. In the 1960s, I started racing at NHRA–sanctioned events in the amateur classes.

Mike Aguilar: What got you into drag racing?

Don: Basically my competitive nature. There was also the realization that street racing wasn’t going to take me anywhere and could be hazardous to my freedom. I really enjoyed feeling the adrenaline rush of light-to-light in street racing. Once I got involved with NHRA-sanctioned racing, I loved the adrenaline buildup, waiting for the Christmas tree to cycle through to green and the thump when the car took off from the line.

Mike Aguilar:  Do you still race now or is your sole involvement in the sport these days from the official’s point of view?

Don: These days my sole involvement is with the NHRA Safety Safari. 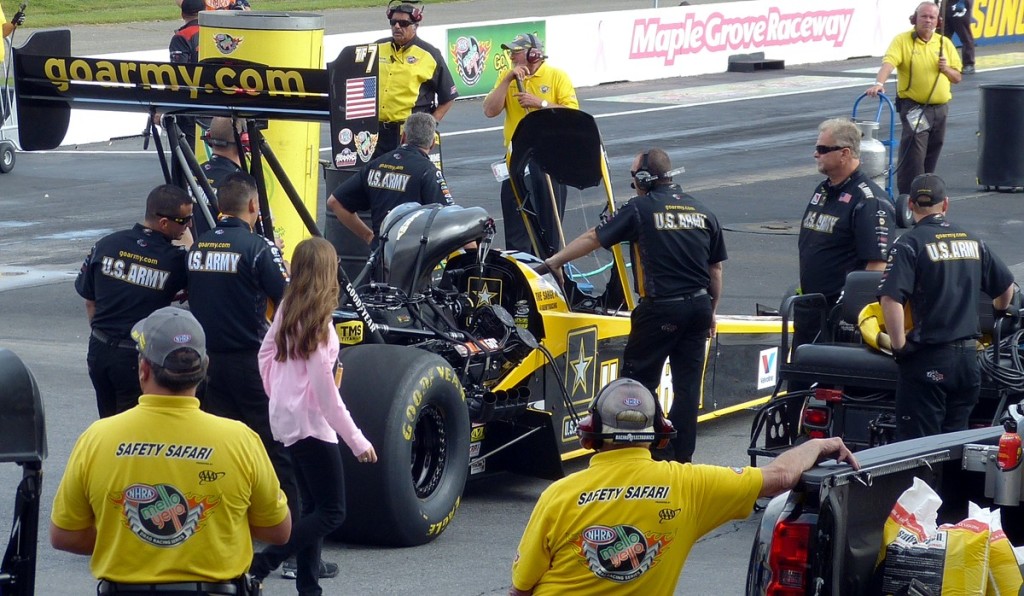 Mike Aguilar: When you were actively racing, what classes did you compete in?

Don: I started competing in amateur classes back in the Sixties. At the beginning of the Seventies, I graduated to Pro Comp.

Mike Aguilar: Have you won any titles that our readers would recognize?

Don: I think so. In 1974 I won both the fuel and gas championships at Bakersfield, Ca’s famous March Meet. I actually did very well in both categories at several sanctioned events across Southern California. In 1986, I attained my goal of winning a national meet. I earned my “Wally” at the prestigious NHRA Motorcraft Gatornationals event that year.

Mike Aguilar: And when did you officially retire from the sport of drag racing as a competitor?

Don: I officially retired as a driver shortly after attaining my dream of winning a national meet at the 1986 Gatornationals. 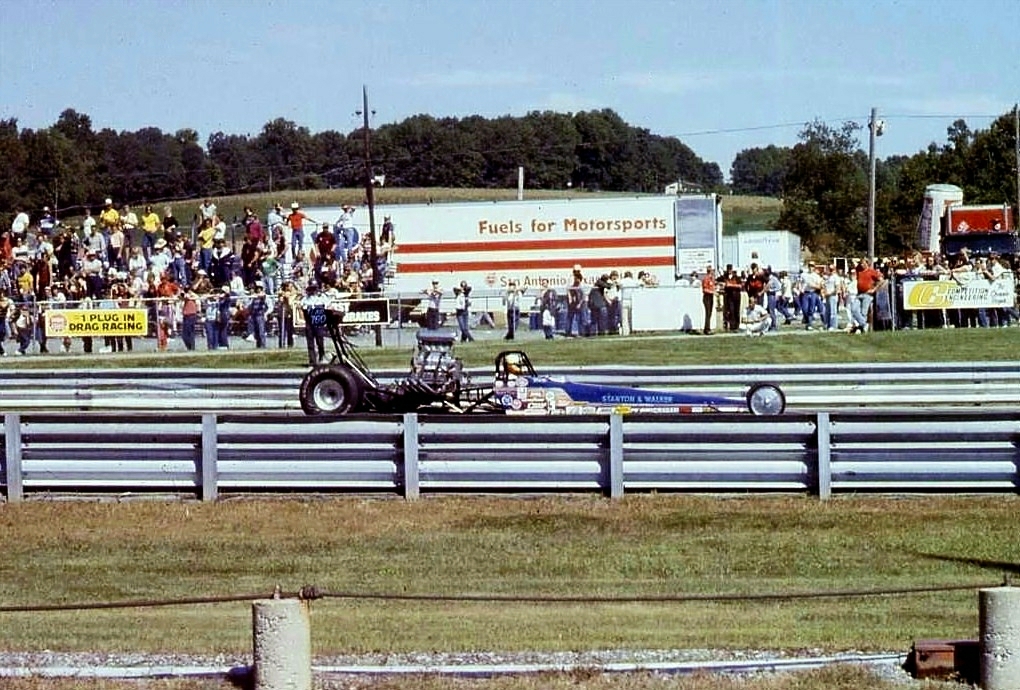 Mike Aguilar: What is your official title with the NHRA now?

Don: I am officially an NHRA Safety Supervisor.

Mike Aguilar: Why did you start working as a safety official after retiring as a driver?

Don: I love the sport. I couldn’t stay away from it for long. I joined the NHRA Safety Safari as a way to stay close to the sport of drag racing.

Mike Aguilar: What were your qualifications when you joined the Safety Safari?

Don: By the time I joined the NHRA Safety Safari, I had 24 years of involvement with the sport. This involvement ran the gamut from being a driver with a title, technical work in the early years of the National Hot Rod Association, and track prep back in the days when competitors helped with that, when the sport was young. 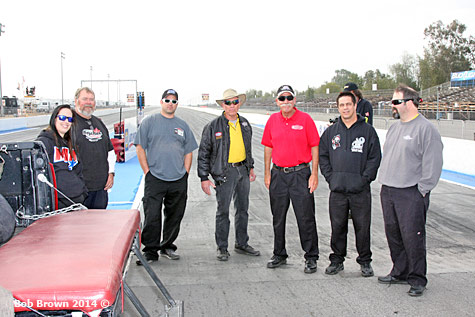 Mike Aguilar: What can you tell us about what it takes to become a safety official with the NHRA? Are there any classes or schooling that are required before you can apply?

Don:  You’ve either got to have a college degree in certain fields which are posted on the NHRA website or have training in fire safety, rescue, and first aid.

Mike Aguilar: Well, I know what I’m going to look into doing if and when I move back to the area. What special knowledge does someone need to get to where you’re at now?

Don: To get where I’m currently at one would need a number of years of experience plus several technical schools. Some of these you have to pay for, some the NHRA will pay for along the way.

Mike Aguilar:  Well, that answers my question of whether the NHRA pays for any of the required training.

Don:  Yes, it does. Depending on the desired position, the NHRA will often pay for some or all of the required training that an applicant or internal transfer requires to become qualified for the position.

Mike Aguilar: What was the process you went through to get hired by the NHRA and become an official?

Don: Because of my years around the sport, my experience in the sport, and my dedication to the sport, I was hand-picked by Wally Parks, the Founder of the NHRA, as well as Sr. Vice President Steve Gibbs. 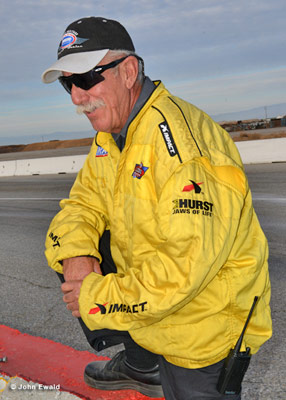 Mike Aguilar: Our readers are from all over the United States and Canada. To the best of your knowledge, are the processes and requirements for getting a job with the NHRA pretty standardized across the regions and divisions?

Don: For most positions, yes. NHRA Headquarters has standardized the requirements and processes for most positions that people can apply for from outside of the sport/organization.

Mike Aguilar: Does someone need to be complete gearheads like you and I to work for the NHRA?

Don: No. Not for many of the positions. For some, such as technical inspectors, yes, being a complete gearhead is very helpful and in fact possibly a requirement. For most positions, no, someone with limited automotive experience and knowledge is just as likely to be qualified as anyone else. For instance, marketing and sales people don’t need to know the difference between a pinion gear and a ring gear. They need to know their field.

Mike Aguilar:  Since you live in Northern Sam Diego County, I presume this means you work events from maybe as far north as Bakersfield and as far East as Phoenix. Is this correct?

Don: Not at all. I work events from coast to coast in the course of a year. 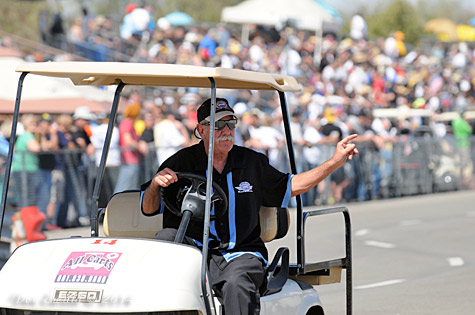 Mike Aguilar: I know your schedule is pretty hectic. Is it one that an applicant for “field work” can expect?

Don: That depends on the person and the type of job they’re looking for or are accepted for. But yes, some people will do at least as much traveling as I do.

Mike Aguilar: Do you officiate at all series or just specific ones? If you just work specific series/events, what are those?

Mike Aguilar: What are some types of decisions that you have to make in the course of an event/race weekend?

Don: I am involved in all decisions relating to drivers, spectators, track personnel, and track safety. In short, if it has anything to do with safety whatsoever, I’m involved in it.

Mike Aguilar: What are some the biggest or worst violations you’ve seen in your years as an official?

Mike Aguilar: Yes, nitromethane can be quite dangerous if mixed incorrectly. I believe it was The Snake, Don Prudhomme, who once said incorrect fuel mixtures are the primary cause for launch blowers and heads we see at the races every now and then.  How do you help drivers meet the safety standards that the NHRA has set?

Don: I’m able to help them meet the safety requirements mostly by performing a complete and thorough tech inspection of their personal safety equipment and their vehicles.

Mike Aguilar: Finally, Does having a background in racing make it easier to get a job working for the NHRA?

Don: For the most part, yes. However, if you’re not otherwise qualified for the position, such as sales, marketing, or safety, no amount of track experience will help you get the job.