The Grand National Roadster Show (GNRS), the longest-running indoor car show in the world, will this year feature a hall filled with various dragsters that played a significant role in the growth of professional and amateur drag racing. In addition to these historic dragsters, the GNRS also intends to welcome hot rodding enthusiasts from all around the world who have brought their vehicles to the USA to take part in this event.

This year’s show has also attracted entrants from as far afield as New Zealand, Sweden, Canada, Australia and Japan. These custom-built hot rods include a 1923 Ford Model T, a 1963 Auburn Roadster, a 1971 Dodge Challenger and a 1932 Ford Roadster.

Among many amazing cars on display will be the refresh of the renowned “Kookie’s Kar” Ford Model T designed by Norm Grabowski. Known as one of the most influential hot rods ever built, this T-bucket is a genuine legend. It was recently restored by builder Roy Brizio. Grabowski purchased the car in 1952; it later made an appearance on the “77 Sunset Trip” TV show in the 1960s. Afterwards it was heavily modified and toured the show circuit for a while before going into storage for half a century. The car was recently purchased by its current owner and has been restored to its former glory, bearing the same color scheme and modifications as when it first appeared on “77 Sunset Strip.” 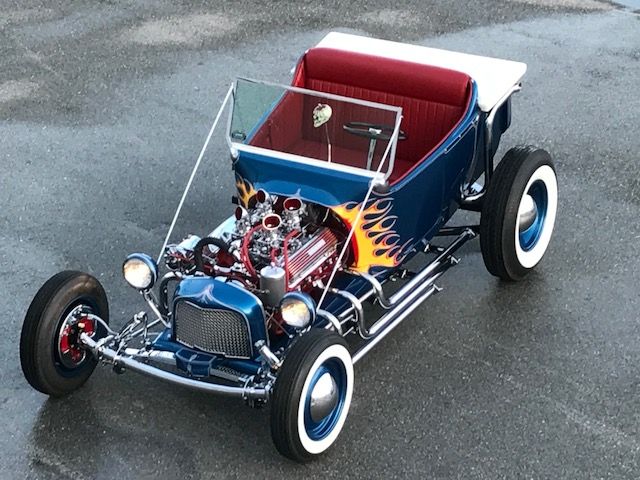 “We are always thrilled to be the gathering place for some of the world’s most significant cars, including the drag racers on display at this year’s show,” said John Buck, producer of the GNRS. “It’s this commitment to quality that has drawn cars from around the globe to participate. It has also attracted some of the greatest hot rods of all time, like ‘Kookie’s Car.’ At the end of the day, it’s all about the enthusiasts who will get to enjoy this once-in-a-lifetime gathering of hot rods, muscle cars, drag racers and more at the 2020 Grand National Roadster Show.”