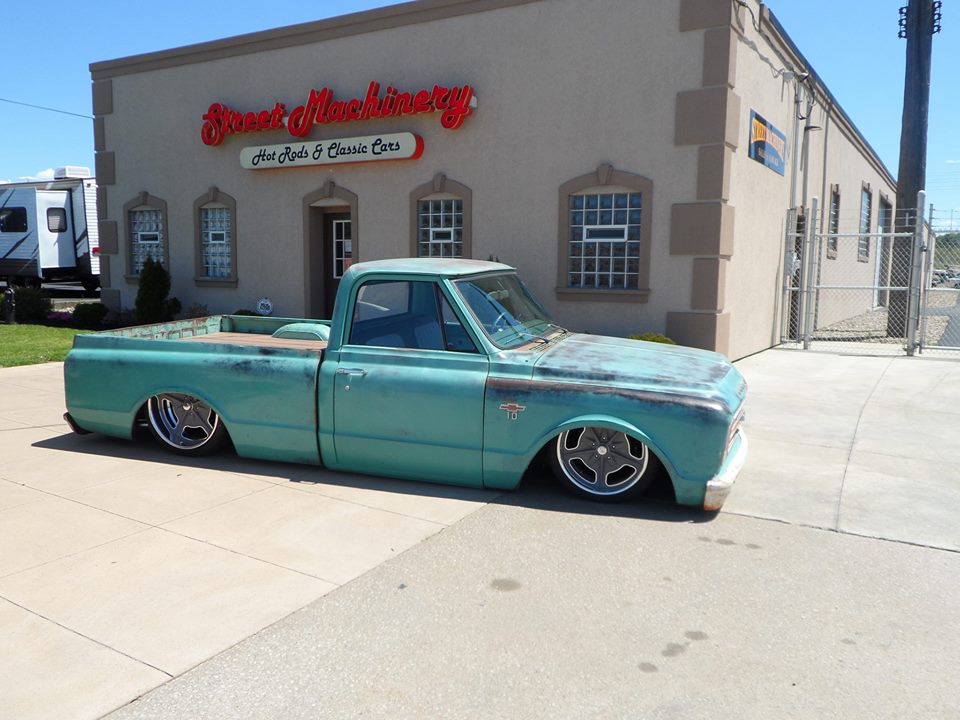 If you are a hot rodder in the Euclid Ohio area, chances are you’re familiar with Street Machinery. We sat down with Boris Maryanovsky, the owner, and head badass of this awesome hot rod shop.

What is Street Machinery and what do you guys specialize in?

I started Street Machinery in 2000 to make a transition from my automotive repair business I started in 2003 to building and working on hot rods exclusively. We usually have 40-60 vehicles we are working on at any given time.

What’s it like being on the Power Tour and what problems if any have you run into?

Hot Rod Power tour is amazing, Ive been on it about 10 times since 1995. We took 4 fresh builds with 2 of those having only 50 or less test miles. Only problem we ran into was a flat tire due to a road hazard. I would recommend the tour to anyone, its much more fun to rough it in a hotrod then a late model.

The ’61 Biscayne has been everywhere recently, what’s the story behind that car?

on last years power tour, there was an old weathered 59 Buick right out of a junkyard that was cool as hell. The builder literally threw it together in a few weeks, it made the entire trip without a hiccup and there was always a crowd around it. I told the Buicks’ owner, for once I want to build something with stuff I just had laying around. You know a “budget” build! He proceeds to tell me about a wrecked SRT8 magnum he wanted to sell cheap so I buy it and start brainstorming on what I want to put the drivetrain in. We keep 20-30 vintage builder vehicles behind the shop to sell or build for customers, the Biscayne was like the red headed stepchild, no one wanted it. I paid $500 for it, purchased off our Street Machinery Swap-a-rama page on a Facebook. I thought to myself it doesn’t get more “budget build” then $500, lets build #Chemi. Thats the short version! 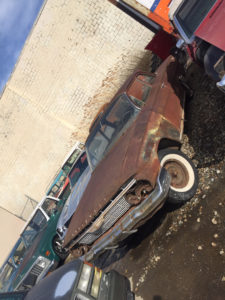 Why do you think more hot rodders are embracing the patina?

Many of my customers have owned cars in the mid and even high 6 figures, I’m talking nearly a million fu**ing dollars for a car to take to a boring indoor car show. Many of these same owners realize they want to drive their cars and its just not feasible when they have 150k in body and paint work and complicated hand built chassis’ and drivelines. Thats the beauty of these distressed bodies , its not the end of the world if you get a stone chip or a door ding, it adds to the character if anything. Lets face it, a nicely done show quality patina build will get as much if not more attention then a high buck detailed build. Dont get me wrong, I love perfect bodywork, flawless paint, restored to better then new trim, but the amount of time it takes to get them to that level is mind blowing and if they are just done quickie slickie style, with so/so body and paint, scratched glass, pitted chrome, to me it looks half assed. When its worn, anything goes, you want new trim go for it, you want to leave the old banged up trim, thats fine too. I know its not everyone but I have done pretty well for myself building higher end patina rides for the last 15 years and we stay booked all the time so I dont think the patina stuff is going anywhere soon. I know the patina haters dont want to hear that but its fact.

Are there any builds in the future that you would like to take on?

Next years Power Tour car is going to be Hellcat powered, not sure what the car will be, I just know what the engine will be.

CHECK THEM OUT HERE!