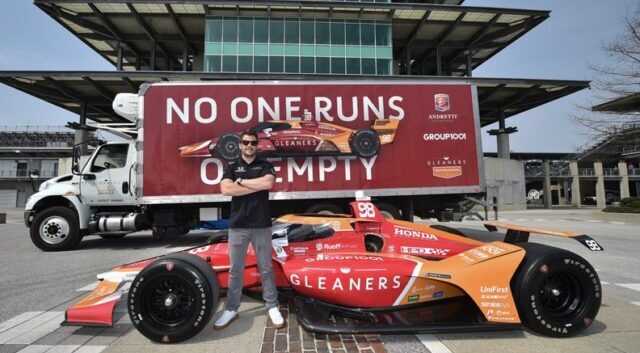 The 2021 NTT IndyCar Series season doesn’t begin until April 18th at Barber Motorsports Park in Alabama, but already everyone is looking toward the series’ crown jewel: the 105th running of the Indianapolis 500. With the COVID-19 tide starting to turn, and with new faces – some in different places – a test at Indianapolis Motor Speedway on April 8-9 has enticed 32 cars to prepare for The Greatest Spectacle in Racing.

There are 16 individual teams on the entry list for this open test, but that includes three separate entries for teams under the Andretti Autosport umbrella. Of these entries 17 are powered by Honda engines with the balance Chevrolet-powered.

A.J. Foyt Racing will have both of its regular-season Chevrolet drivers at the test: Sebastien Bourdais and Dalton Kellett, both of whom will be required to do a refresher test before being permitted to travel the 2.5-mile oval at speed. Andretti Autosport’s three full-season Honda racers, Colton Herta, Ryan Hunter-Reay and Alexander Rossi will be testing for the team, while Andretti Steinbrenner Autosport will field Canadian James Hinchcliffe, the 2016 pole sitter, who must also take the refresher.

Marco Andretti is running for Andretti Herta-Haupert Autsoport with Marco Andretti & Curb-Agajanian. Marco’s sponsor for the Indy 500 was just announced: it’s Gleaners Food Bank of Indiana. The 2020 pole sitter decided to forego a full season of Indy car competition in order to concentrate his efforts on this race in 2021. 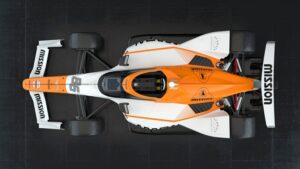 Arrow McLaren SP’s three Chevy-powered cars are for full-season racers Pato O’Ward and Felix Rosenqvist, while Juan Pablo Montoya, who owns two victories at this race, will try for a third in a No. 86 that draws inspiration from the 1971 record-setting run by Peter Revson, in a McLaren entry. Chevy-powered Carlin’s Max Chilton joins Montoya in needing to take a refresher test.

Paretta Autosport, affiliated with Team Penske for its debut race with Simona De Silvestro (refresher), will be complemented by Josef Newgarden, Scott McLaughlin, Simon Pagenaud and Will Power from Team Penske, as this quintet try to bring home yet another Baby BorgWarner Trophy for Roger Penske (and Beth Paretta, in the case of De Silvestro’s entry).

On-track testing on Thursday and Friday takes place from 11 both mornings until 6PM each evening, weather permitting. Veterans are first on the track from 11am to 1pm on Thursday, while the two rookies (Ware, Fittipaldi) get their opportunities to complete their ROP together with those taking a refresher test from 1-3pm on Thursday. Open testing will resume from 4-6pm.

Indy car fans will have the opportunity to live-stream the two-day open test using INDYCAR’s NBC broadcast partner’s latest platform, Peacock Premium, which is offering a seven-day free trial. Unfortunately, while the Greatest Spectacle in Racing intends to have fan attendance, this test is closed to the public, making the life-stream a perfect way to get to see all 32 drivers at work.

About Anne Proffit 653 Articles
Anne Proffit traces her love of racing - in particular drag racing - to her childhood days in Philadelphia, where Atco Dragway, Englishtown and Maple Grove Raceway were destinations just made for her. As a diversion, she was the first editor of IMSA’s Arrow newsletter, and now writes about and photographs sports cars, Indy cars, Formula 1, MotoGP, NASCAR, Formula Drift, Red Bull Global Rallycross - in addition to her first love of NHRA drag racing. A specialty is a particular admiration for the people that build and tune drag racing engines.