Leading into the NHRA class’ 50th anniversary year, there have been many to claim Pro Stock is on its last legs, a theory brought to light with the change from carburetors to electronic fuel injection, differing bodies and waning manufacturer competition. While there are a few Dodge and Ford Pro Stock cars being used in competition these days, they are far outnumbered by the Chevrolet Camaro club, which has garnered all championships since Allen Johnson’s 2012 title year with Dodge’s Mopar performance division.

Yeah, I’ve been one of those to lament the lower entry lists, the dearth of alternative manufacturer competition for Chevy and the mass exodus of fans from their seats when the door slammers come to the water box to compete. To my mind, Pro Stock has always been the more technical class of NHRA, since it relies on small performance gains to up the competition level.

There have been years when one team has had power over the others; certainly Gray Motorsports’ engine program with Chevrolet two years ago overpowered the regular winners like Summit Racing/KB Racing and Elite Motorsports. The latter group had a year away from Chevy during the changeover from carbs to EFI that flummoxed them and required several years spent learning the intricacies of racing an EFI-powered Camaro.

Elite now stands atop the Pro Stock pyramid, with reigning three-time champion Erica Enders and her red Melling-sponsored Camaro. Her teammate Jeg Coughlin Jr. is the current points leader after earning Pro Stock class victory in the season-opening 60th annual Lucas Oil Winternationals. It was Coughlin’s second straight victory and Elite’s third-consecutive, if you count back to Las Vegas in the fall, when Enders became the sport’s 150th female victor.

The field at Auto Club Raceway in Pomona, Calif. last weekend featured 20 entries, including a pair of Ford Mustangs and two Dodge Dart racecars. Both the Mustangs – for second generation drivers Cristian Cuadra and his brother Fernando Cuadra Jr. – made the 16-car/driver elimination field; Alan Prusiensky and Tom Huggins failed to make the field, as did last year’s season finale runner-up, Fernando Cuadra, along with newcomer Marty Robertson.

The class is exceptionally competitive and there are new faces on the horizon, including third-generation racer Mason McGaha, 18, son of Chris McGaha. Mason is expected to make his Chevy Camaro debut in Gainesville this March, the third of 18 Pro Stock competitions on the schedule. While McGaha’s operation is an individual one, Kenny Koretsky’s son Kyle, 30, intends to race a KB Racing-prepared Camaro, also at Gainesville. Aaron Stanfield is in his second year of competition, as Greg’s son looks to burnish Elite’s standing in the class. New blood is good for the sport, whether it’s through generational changes or by category adjustments for some racers. 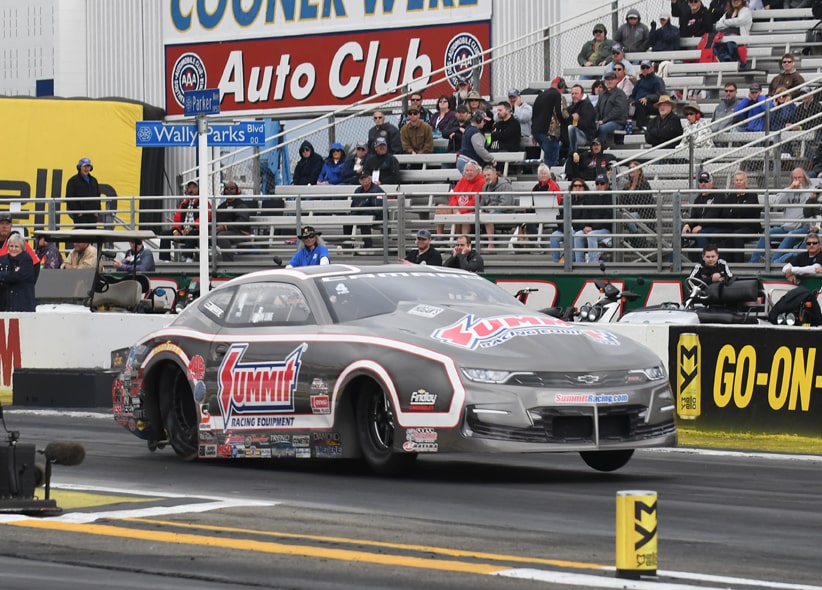 All of these newcomers and those who have been competing at the high level Pro Stock demands will have to wend their ways through the regulars, even as two of the hottest hands in door-slammer competition prepare to call it a day. Jason Line announced his driving retirement from Pro Stock and intends to hang up his pro helmet at the close of the 2020 season. Even Coughlin Jr., winner of the last two Pro Stock races, will back off the class and, like Line, compete at the Lucas Oil Sportsman level after this year.

At the top-end Winner’s Circle celebration this past Sunday, I questioned Coughlin Jr.’s rationale. After all, he’s the hottest driver in Pro Stock right now and could, if he and Elite Motorsports keep up their momentum, achieve his sixth Pro Stock championship by the time the tour returns to Pomona in November. Coughlin Jr. has mentioned retirement before, but this time he’s actually named the tour and he intends to keep his promise of leaving Pro Stock at the close of the season, just like Jason Line.

The Line/Coughlin duo will definitely be missed by competitors, teammates, fans and we in the media. But there are new entries on the horizon and, in its 50th season, Pro Stock doesn’t look – thank goodness – like it’s going anywhere except up. 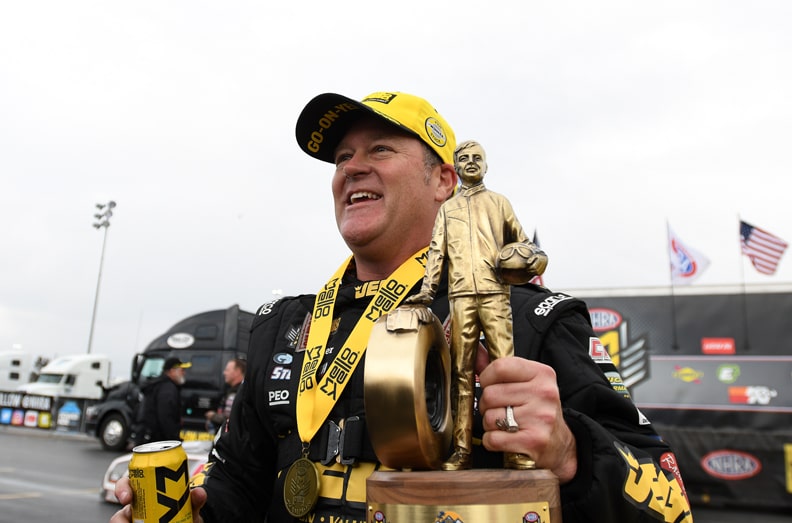