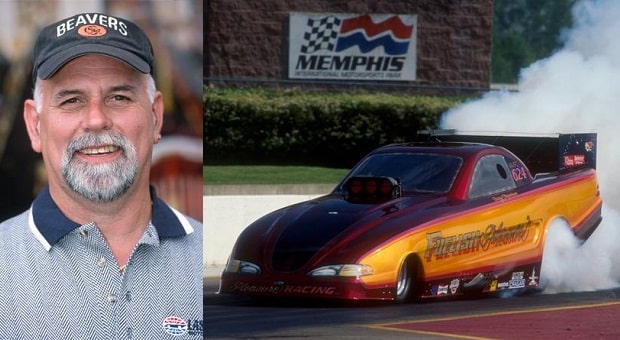 Drag racing fans had to bid adieu to a former NHRA Funny Car title holder and Top Fuel finalist this week. Despite running his own car for years, former NHRA Top Fuel and Funny Car racer Gary Clapshaw won the Funny Car title at the 1995 NHRA Mid-South Nationals in Memphis and even helped legend Don Garlits become who he is before losing his life at the too-young age of 68.

Before driving into the glamorous world of NHRA drag racing, Clapshaw made his fortune in the landfill business after scrapping his way through jobs in the logging and construction businesses. After saving enough funds, this born-to-be-gearhead decided to begin building and modifying hot rods. Beginning his career in the nostalgia-racing circuits in a Jr. Fuel dragster, Clapshaw made the move to the Funny Car class after spending some time with the late Joe Pisano.

Buying a pair of Funny Cars from Kenny Bernstein, Clapshaw decided to make his grand debut in 1991. Four short years later, the newest Funny Car star won the title at the 1995 NHRA Mid-South Nationals in Memphis in his Fuelish Pleasure Mustang. After posting several other late-round finishes, Clapshaw made the move to the biggest of big leagues – Top Fuel.

Although Clapshaw only accomplished a runner-up finish behind Tony Schumacher at the 2000 U.S. Nationals, this legendary driver is perhaps best remembered for generously loaning his Spirit of Las Vegas Top Fuel dragster to legend Don Garlits for the 2001 U.S. Nationals, providing “Big Daddy” with the car to make his long-desired first 300-mph pass.

The following year, Garlits was attempting to make a brief comeback in Top Fuel in order to to complete his resumé but was informed by NHRA officials that his Swamp Rat XXXIV did not meet new rules requirements.

Though this was the end to his racing career, Clapshaw spent the rest of his life enjoying activities like extreme snow skiing, sailing and fishing.

We at RacingJunk.com send our condolences to this legend’s friends and family as well as his entire racing family.