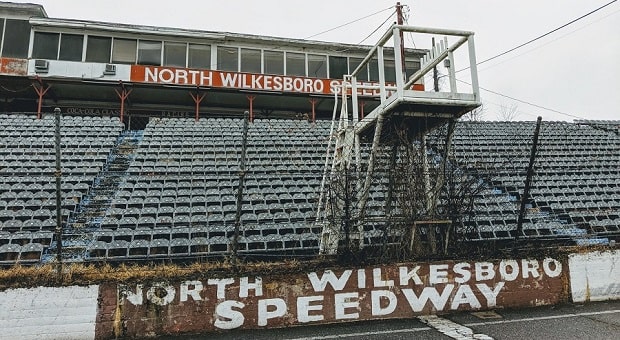 A famous name in the NASCAR world is giving new life to an old motorsports relic. Although North Carolina’s own North Wilkesboro Speedway hasn’t hosted an event in over 20 years and is beginning to look like a long-ago forgotten relic, this historic racetrack may get a second chance at life. Thanks to the efforts of former Monster Energy NASCAR Cup Series star Dale Earnhardt Jr., the .625-mile track that hosted 93 total races for NASCAR’s top series is receiving a second digital-based life on the iRacing simulator.

Although Disney-Pixar tried to turn the northwestern North Carolina track into a ghost track in Cars 3, the son of the driver once known as The Intimidator has made it his goal to give a little love and life back to the tracks that made him and his family famous.

Stay tuned to RacingJunk.com as North Wilkesboro finds its way back to its former glory days with Earnhardt Jr. and a few of his friends from iRacing.

About Ellen Richardson 354 Articles
Ellen Richardson is the author of Behind The Wheel for RacingJunk.com. This automotive sports junkie has a passion for telling an athlete's story while also covering various racing activities. Find out more about her at ellennrichardson.wordpress.com or follow Ellen on Twitter at @ellennrich or Instagram at elnrich33.