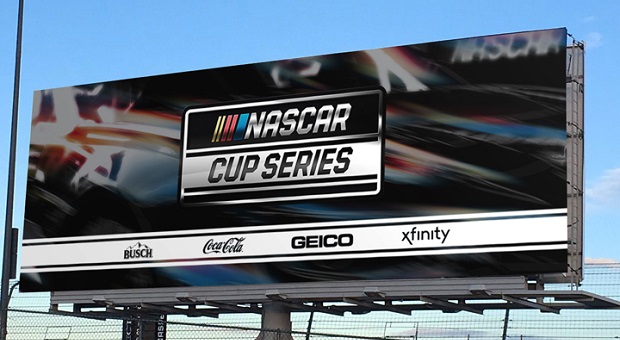 NASCAR held its annual championship celebration in Nashville, Tenn. this year, having decided that Las Vegas and New York just weren’t suitable for their fan base. In fact, rather than hold the champion’s banquet on a Friday night, this year Kyle Busch’s second title had its commemoration on Thursday, allowing all the participants the opportunity to return home and resume their pre-Christmas preparations.

By all accounts, the festivities in the Music City were enjoyed by all; the city was invigorated to make sure attendees were welcomed with open arms. One highlight was a burnout bash on Broadway in the middle of downtown Nashville, enveloping the area in Goodyear tire smoke – in a variety of different colors.

NASCAR used the opportunity to celebrate the top 10 in this year’s Monster Energy NASCAR Cup Series (MENCS) championship, as well to disperse awards separate from the sanction that are bestowed by the National Motorsports Press Association (NMPA).

Darrell Waltrip, a three-time NASCAR Cup champion, received NMPA’s Myers Brothers award, presented annually since 1958 to either an individual or group responsible for providing outstanding contributions to the sport of stock car racing. NMPA also hands out the tallying voting of NASCAR’s most popular driver. This year Chase Elliott topped the ballot for a second straight year; once Dale Earnhardt Jr. retired, Elliott took over the fan-decided award.

There will no longer be a single entitlement sponsor for NASCAR’s premier series, now known simply as the NASCAR Cup Series, thereby ending the reign of first Winston, then Nextel, Sprint and, finally, Monster Energy, the latter NASCAR’s most recent single-name partnership.

Steve Phelps, NASCAR president, noted, “This has been a monumental year for our sport, one highlighted by significant changes in our business model, to ensure long-term viability and growth.” As he made the Thursday pronouncement of changing marketing for the Cup series, Phelps said, “We are joined by four incredible brands with deep-rooted histories across all levels of our sport. We are honored to have this elite group represent our NASCAR Cup Series for years to come.”

The contract agreements with Busch, Coca-Cola, GEICO and Xfinity are staggered over the course of three to five years, intending to stop them from expiring at the same time. Through Phelps, NASCAR also stated it would prefer to have between three and five premier level partners moving forward.

Each of the current four premier partners will be featured in multiple advertising campaigns, event activation, in-market promotions and at-track activations and all will serve as a presenting series sponsor for different parts of the season, much as NASCAR currently allocates its broadcasting. The 2020 championship race at Phoenix will not have a weekend title sponsor but will receive activation from all four participants.

Busch Beer, which returned as a NASCAR official partner in 2018, will continue with its exclusive sponsorship of the Busch Pole Award; Busch will also sponsor a NASCAR Cup Series event in 2020. Coca-Cola’s 50-year participation in stock car racing is ongoing as the soft drink manufacturer’s participation is highlighted by its sponsorship of both NASCAR Troops to the Track and NASCAR Salutes, which highlights industry-wide appreciation of this country’s armed forces. Coca-Cola’s race entitlements at Charlotte Motor Speedway and Daytona International Speedway remain, and the brand will sponsor NASCAR’s Cup Series regular season championship trophy. Coca-Cola is the “official soft drink of NASCAR.”

GEICO continues a decade-long involvement in NASCAR; it is the “official insurance provider of NASCAR,” a role it undertook earlier this year. GEICO will become the presenting partner of a season phase in the Cup Series. Comcast’s Xfinty brand cemented its interest in the sport of stock car racing with a 10-year partnership agreement in 2015, and positioned itself as title sponsor of NASCAR’s second-tier series. It will sponsor the Championship 4 elimination race next year at Martinsville Speedway, part of NASCAR’s Cup Series playoff series.

These four brands: Busch Beer, Coca-Cola, GEICO and Xfinity will share top billing for what will now be called, quite simply, the NASCAR Cup Series, which is what many have used as their reference since Winston was forced to rescind its participation by the Federal government. Will this change elevate or hasten the sport’s demise? Only the fans can – and will – make that decision.

About Anne Proffit 492 Articles
Anne Proffit traces her love of racing - in particular drag racing - to her childhood days in Philadelphia, where Atco Dragway, Englishtown and Maple Grove Raceway were destinations just made for her. As a diversion, she was the first editor of IMSA’s Arrow newsletter, and now writes about and photographs sports cars, Indy cars, Formula 1, MotoGP, NASCAR, Formula Drift, Red Bull Global Rallycross - in addition to her first love of NHRA drag racing. A specialty is a particular admiration for the people that build and tune drag racing engines.