The Last Coliseum of Bristol Motor Speedway was the scene of action for NASCAR’s top three touring series over the weekend. Brett Moffitt was the winner of the first race in the Gander Outdoors Chase on Thursday. Friday saw Tyler Reddick come on strong to win in the Xfinity Series. Denny Hamlin raced well in Saturday night’s Monster Energy NASCAR Cup Series battle. 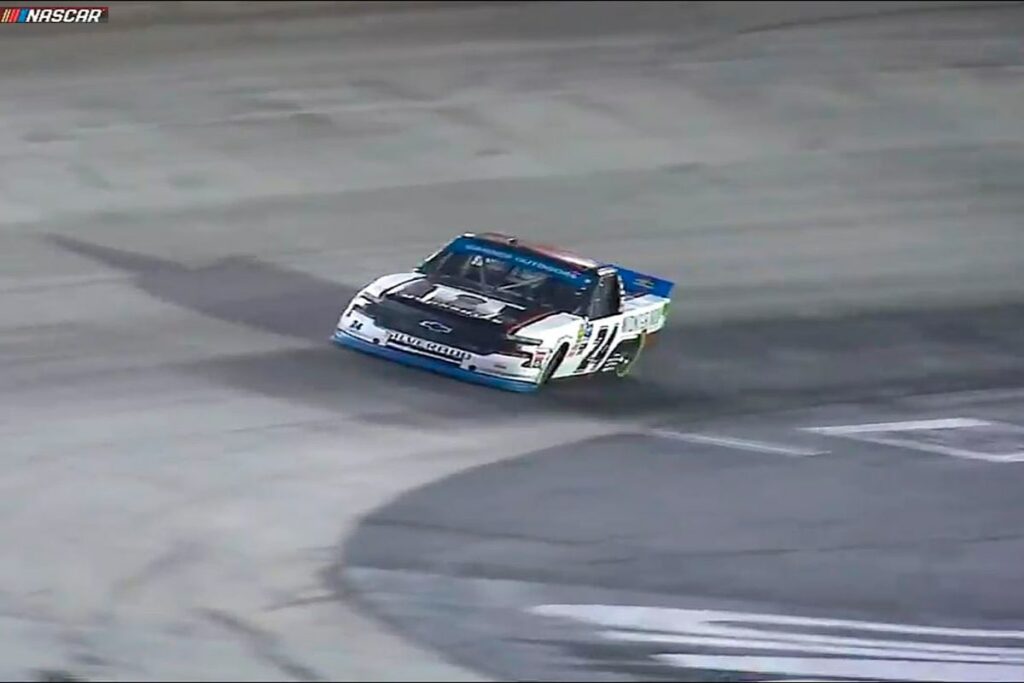 Thursday night’s NASCAR Gander Outdoors Truck Series UNOH 200 presented by Ohio Logistics came down to the last few laps for the winner to be decided. Truck series top seed GMS Racing driver Brett Moffitt held off a strong-running Chandler Smith over the last three laps of the race for the win. Moffitt is guaranteed a spot in the next round of the “playoffs.” Smith held on for a second place finish, while Ross Chastain gained third place points. Chastain was the winner of Stage 1 while Moffitt got the Stage 2 win.

Tyler Reddick drove from dead last to first place twice Friday night to win the NASCAR Xfinity Series Food City 300 at Bristol. The Richard Childress Racing driver had “BEAST” written on his hood in large block letters, a word that proved prophetic when the night was over. Reddick suffered a spin that moved him to the rear of the field after receiving a stiff penalty. Luck was also on his side when Justin Allgaier hit the outside wall after suffering a flat on Lap 289. Chase Briscoe came in second and John Hunter Nemechek third. Brandon Jones was the Stage 1 winner and Schrub took Stage 2 before experiencing problems.

“I don’t know (how we did this),” the reigning NASCAR Xfinity Series champion said after the race. “I thought we made the wrong adjustment on the last (pit) stop, but we had a really fast Chevrolet. We had fresher tires than Justin Allgaier there. We came down pit road and we were just too tight and I thought we were done for. I don’t know what happened. Everything just happened at the right spot. I fell back to fourth, and Jones hit the fence and then (Allgaier) had some sort of issue. As you can see, I’m speechless. I couldn’t believe what was happening.” 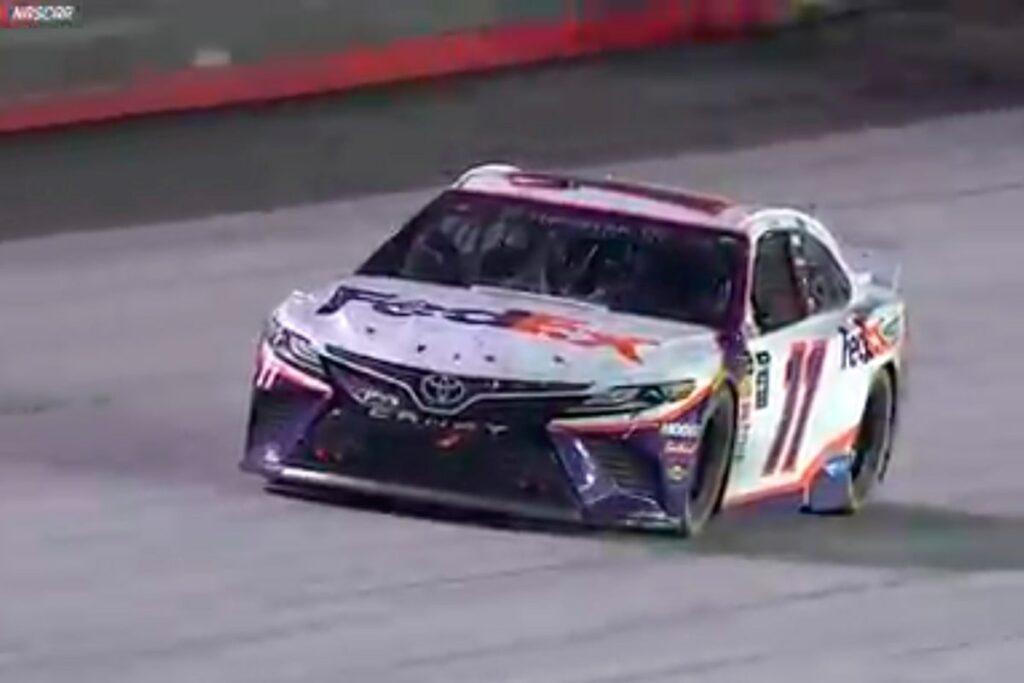 It was announced earlier this year that Matt DiBenedetto won’t be returning to the Leavine Family Racing Number 85 next year. Matty D. was staring a rare victory in the face with 11 laps remaining in the Monster Energy NASCAR Cup Series Bass Pro Shops NRA Night Race when Denny Hamlin took his Joe Gibbs Racing Number 11 low, took the lead from Dibenedetto and never looked back. Matty held on for a second place finish. Penske Racing pilot Brad Keselowski had a strong third place finish. Kyle Larson drove to the Stage 1 win and Kurt Busch took Stage 2.

“I just want to say sorry to Matt DiBenedetto and (his crew chief) Mike Wheeler,” said Hamlin, who won for the fourth time this season, the second time at Bristol and the 35th time in his career. “I hate it. I know a win would mean a lot to that team, but I’ve got to give 110% to my whole team. Just, sorry.”

“Congrats to Denny. He raced hard. I’ve been a fan of his since I was a kid. To be racing door to door with him at Bristol, in front of a great group of fans… I’ll try not to get emotional, but it’s been a tough week. I just want to stick around and keep doing this for a long time to come. I love it. I love the opportunity. I’m not done yet.

“Something will come open. It’s going to happen. I’m here to win. Something’s going to come open. I’m proud of these guys, thankful for my wife and fans for sticking with me. It’s been a tough journey, a hard week. Cool for this team.”