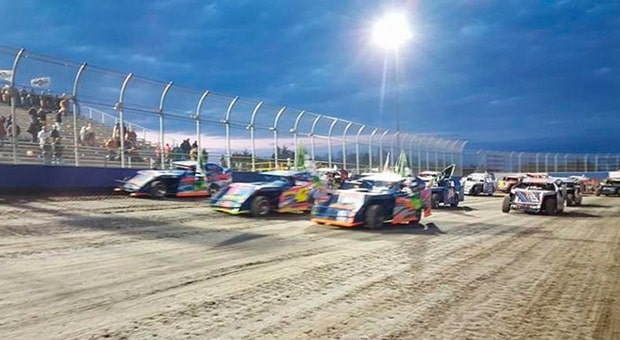 The dirt was flying at numerous tracks around the country this past weekend in USAC, ASCS, Lucas Oil Late Model and USMTS racing. Many season openers were delayed by weather, but most series were able to get races in.

Austin Liggett from Tracy, California won the USAC Western States Midget race at Santa Maria Speedway by speeding past Cory Elliott on the 26th lap of the 30 lap feature race for his second straight series win.

Peoria, Arizona was the site for the “State 48 Classic” at Canyon Speedway Park, where Brody Roa charged from seventh position to take the lead from Stevie Sussex on the seventh lap and never looked back to win his first win of the season and third of his career.

The USAC Silver Crown Series race at Toledo Speedway was delayed until Sunday by Mother Nature, but when the 100 lap Hemelgarn Racing/Super Fitness “Rollie Beale Classic” was finished, Kingsburg, California’s Kody Swanson had his fourth “Classic” win, his second-straight series win in 2019 and his 29th overall Silver Crown win, extending his record again. 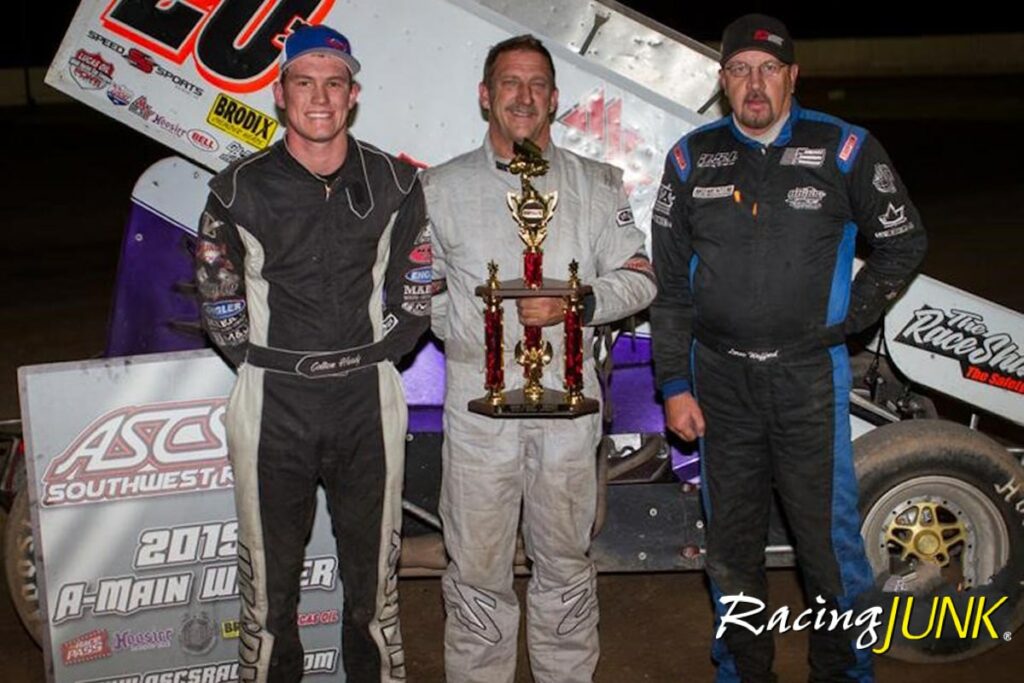 Derek Hagar was King of the Wing IV at the Jackson Motor Speedway in Byrom, Mississippi in the Griffith Truck and Equipment ASCS Gulf South and Stealth Recovery ASCS Mid-South Regions after giving battle from a mid-pack start.

It had been 23 years since the Lucas Oil MLRA Late Models had been to the Caney Valley Speedway but the 24 drivers made it worth the wait, putting on an exciting race for fans. Will Vaught, series runner-up in 2018, earned his first win of the season and his first at the track. 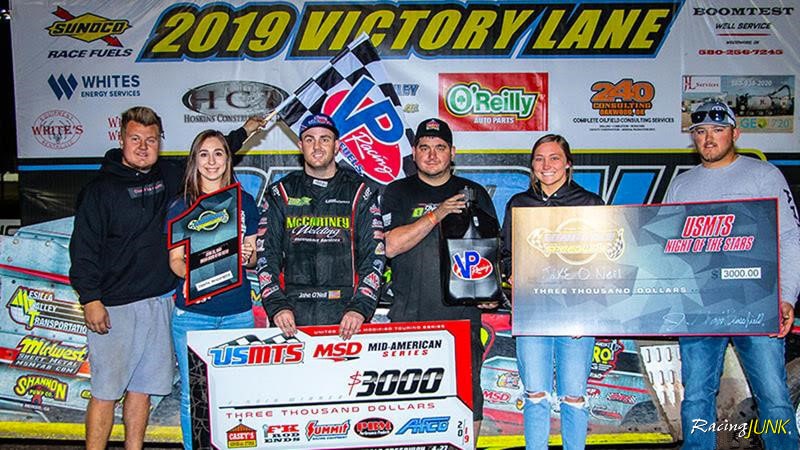 Jake O’Neil finished his return to the track on Thursday the 26th after sitting out most of April in the USMTS Modifieds with a fifth place finish, following that up on Friday with a third place finish, and finishing the weekend by winning Saturday’s main event at the Longdale Speedway in Longdale, Oklahoma.