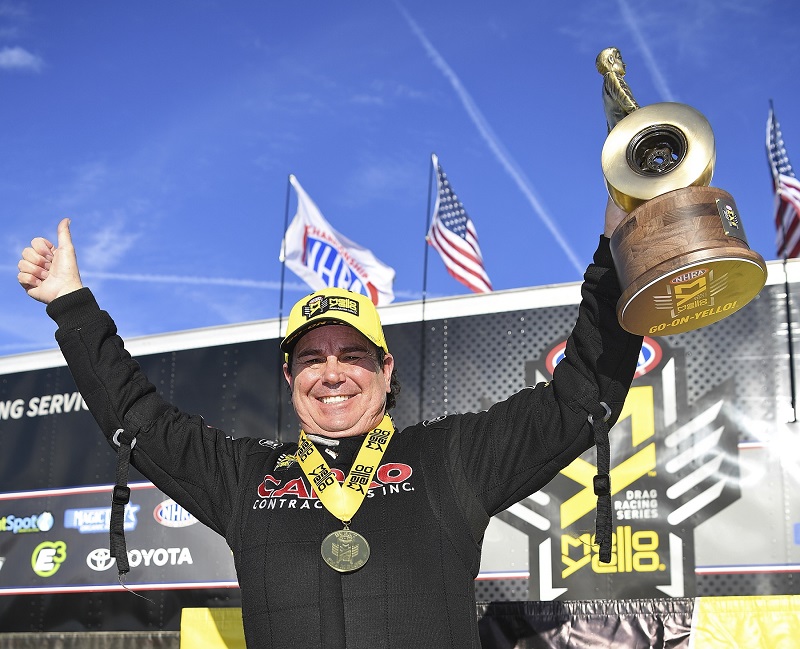 Despite struggling in this weekend’s qualifying races, Torrence Racing power rained down on the patriarch of the family on Sunday when he defeated Terry Totten, Mike Salinas, and Jordan Vandergriff before going head to head with former Girl on Fire Leah Pritchett in Sunday’s final round. Despite Pritchett putting up one heck of a fight throughout the weekend at Wild Horse Pass Motorsports Park, smoking her tires in the final round ended this streak and gave Billy Torrence a chance to wear the latest Top Fuel crown.

“This victory was wonderful for both me and my team,” said Torrence. “Although I would have loved to race against my son in Sunday’s final round, I am grateful to have this opportunity and can’t thank he and his Torrence Racing team enough for stepping up to help us obtain this unforgettable victory.”

Thanks to this victory, Torrence now sits on top of the Top Fuel point standings going into the upcoming Gatornationals. 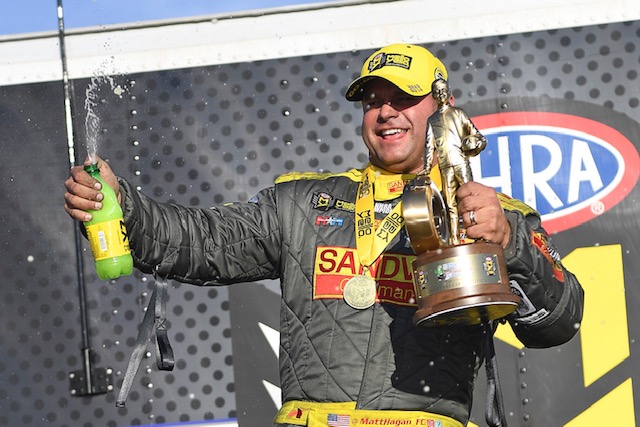 Currently on pace to continue his every-other-year dominance of the Funny Car Series, 2015 and 2017 event champ Matt Hagan raced into Sunday’s final round following victories over Phil Burkhart Jr., Shawn Langdon and Bob Tasca III. Hagan, whose Dickie Venables-tuned Sandvik Coromant Dodge Charger Hellcat was the only Funny Car to make it down a cool track during Friday night’s qualifying session, followed off his hot streak by finally overcoming a winless streak against his nemesis when J.R. Todd’s DHL Toyota backfired just off the line, triggering the safety system, during Sunday’s final round.

This misfire gave Hagan the chance to race to his first Funny Car victory of the 2019 season with an astounding 3.890-second pass in Sunday’s final.

“Hats off to Dickie Venables; the guy won the race for us, that’s for sure. He had a racecar underneath me that was going down the racetrack every lap, and that gave me a lot of confidence,” said Hagan. “This is our first win with the new Hellcat body, and it is nice to get it into the winner’s circle and show a serious return for this investment.”

Despite this impressive win, Hagan will have to keep up the pace to take down current Funny Car points leader Robert Hight. 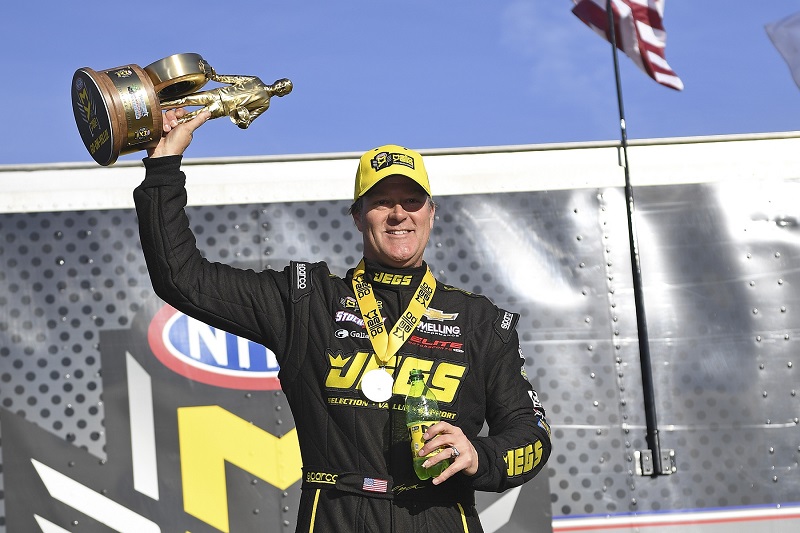 Despite it being 10 years since Jeg Coughlin Jr. won the Magic Dry Organic Absorbent NHRA Arizona Nationals, the Pro Stock legend found a way to bounce back at this event after winning for the 45th time in 100 career matchups with rival Greg Anderson in Sunday’s first round and taking this to wins over Alex Laughlin and Erica Enders to reach Sunday’s final, the 108th of his Pro Stock career, against Matt Hartford.

Following Hartford’s leaving the start line 024-second too soon, which triggered a foul start and gave Coughlin Jr. a chance to collect his 62nd Pro Stock Wally and his 81st victory in his long NHRA career.

“It is so good to win here again,” said Coughlin. “I have had a lot of great memories here, but none since 2009. We are looking forward to debuting our new Rick Jones car in Gainesville and it was good to send this one off with another win.”

Despite this win, Coughlin has a long road ahead to take over the Pro Stock points title.