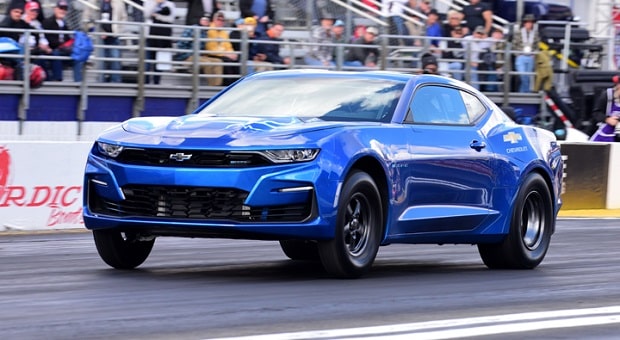 Electric car racing is coming on strong, even in that bastion of noise, vibration and harshness: drag racing. Legendary drag racer Don Garlits has been working on an electric dragster for more than a few years, looking to take that machine to 200mph – hopefully in the near future. Now General Motors’ Chevrolet division is getting into the electric act at the other end of the spectrum with its eCOPO Camaro concept race car. 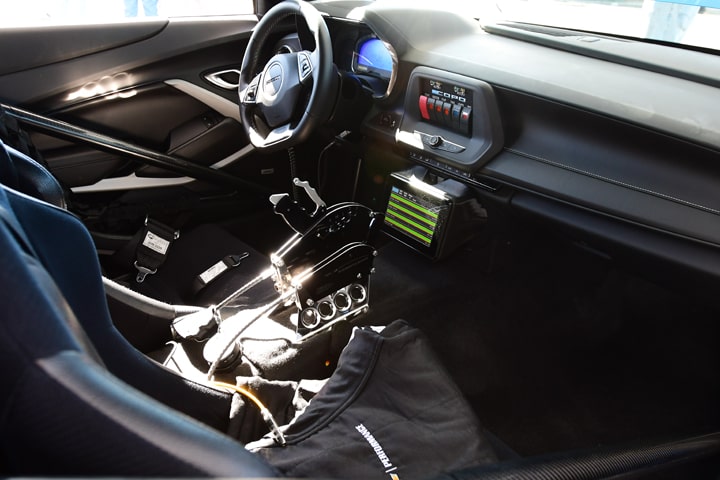 GM, in conjunction with experienced electric racing entrepreneurs Hancock and Lane, elected – in celebrating the 50th anniversary of COPO Camaro racing – to build an eCOPO Camaro concept car, originally shown at SEMA last November. The objective, according to driver Patrick McCue (who, together with Hancock and Lane, created the world record holder Shock and Awe electric drag race car as part of McCue’s Seattle-area high school auto shop program), was to align with Chevrolet and GM’s commitment to STEM participation and education.

The eCOPO Camaro concept took two exhibition runs at the Lucas Oil NHRA Winternationals with the intent of hitting 140mph and getting below the 10-second threshold. On its first pass, when McCue admitted he blew it on the “tree,” the eCOPO Camaro came two-hundredths short of getting to 140; on the second pass, the 800-horsepower machine ran through the quarter-mile beams in 9.837 seconds. 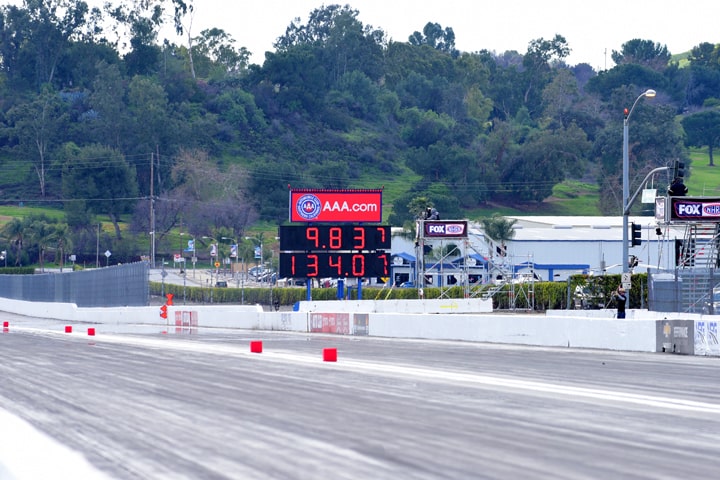 While those speeds and E.T.s aren’t anything close to stock machines with internal combustion engines (ICE) from Chevy, Ford and Dodge, it’s a good baseline for a great promotion of a less expensive manner of drag racing. As Garlits has pointed out, “Drag racing was always something a lot of people could do, and not expensive, and have a lot of fun at it.” Both he and this GM-supported project are working to return to that essence of drag racing.

The eCOPO Camaro concept has commonality with the standard COPO Camaro. The motors under the spacious hood have identical pickup points to the ICE engine and the car can be retrofitted with any LS engine, McCue said. It has a TH400 3-speed automatic transmission, identical front struts and rear multilink suspensions to the standard COPO Camaro, along with manual rack-and-pinion steering. Brakes are capable of regenerative service to both stop the car at the end of the track and renew battery power. 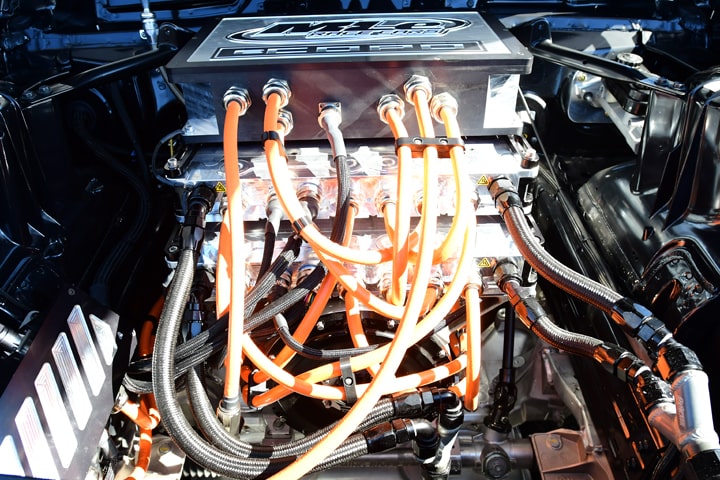 The eCOPO Camaro concept – the one and only such concept to be constructed – features an electric dual motor stack with an elevated 800 horsepower (from the original 750) and 600 lb-ft of torque at 9,000 rpm, producing 550,000 watts of power. There are a total of four batteries – two in the backseat area and two in the trunk, an 800-volt battery pack with four 200-volt modules in series, according to GM. 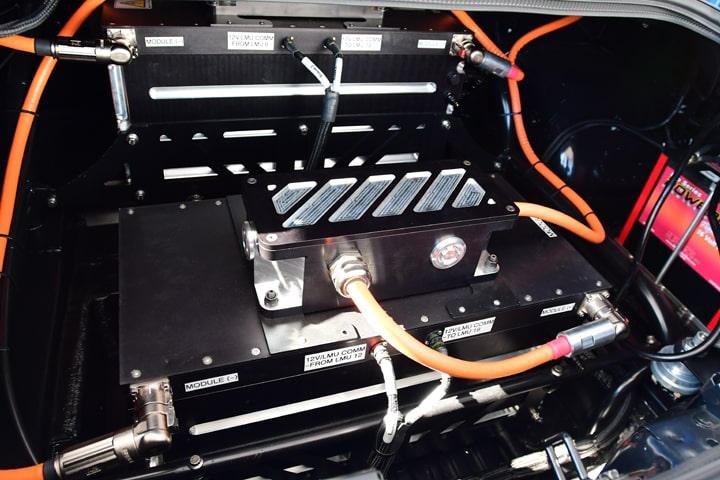 With its Electric Blue paint and a priority parking spot in the ancillary pits customarily allocated to Mello Yello Pro Stock and Lucas Oil Sportsman entries, the eCOPO Camaro concept generated plenty of interest from racers and fans alike. Once it made its nine-second run, the interest grew exponentially. While a third run was planned for Sunday, lousy racing conditions and an unyielding rain squall scuttled that third attempt. 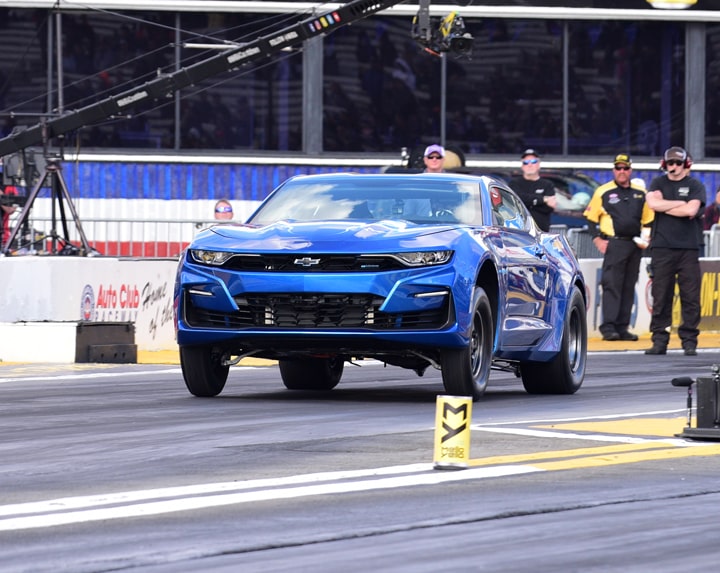