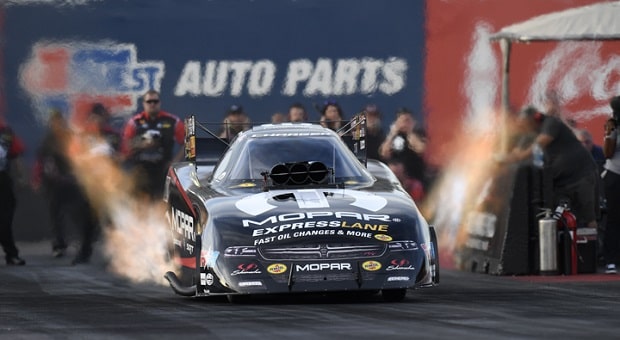 NHRA begins its Mello Yello 24-race season this weekend at its ancestral and corporate home track, Auto Club Raceway at Pomona. There will be Top Fuel, Funny Car and Pro Stock cars on-hand, together with a good grouping of Lucas Oil Sportsman competitors racing in the 59th Lucas Oil NHRA Winternationals.

There will be some old faces, some very new competitors and a few missing-in-action favorites on the grounds for the race. This contest is a home track for many prominent racers, who relish the opportunity to compete in front of their friends and family.

As the haulers begin to gather in Pomona’s pits, there’s plenty to examine. Many nitro racers went to Phoenix last weekend for pre-season testing; Pro Stock took over that track for its preparations earlier this week.

Two of last year’s champions will be on hand as they attempt a most difficult task to repeat: earning a second consecutive title. It’s been done before, most recently by Antron Brown in his Don Schumacher Racing Top Fuel dragster (2015-16), but keeping momentum going from February through November is taxing for both drivers and teams.

Steve Torrence earned his first Top Fuel championship by winning 11 races last year; he swept the Countdown to the Championship six-race playoffs and decimated his competitors with his fast and quick consistency. After leading all comers in testing, Torrence noted his “performance the last couple years speaks for itself, but we want to keep driving that home.”

He’ll have to contend with Clay Millican, the six-time IHRA Top Fuel titleholder who gave Torrence conniptions throughout the season, earning a pair of victories along the way. While Millican deals with breaking in a new crew – only three of his seven members have experience – the North Carolina racer, now in his 21st season of TF competition, knows how to make a rail hum from the Christmas tree to the 1,000-foot timing lights. He said he spent much of the pre-season testing helping the crew get acclimated and getting back into his groove.

Top Fuel has a brand new face coming to the water box this year, as Austin Prock makes his debut in a John Force Racing (JFR) dragster. The son of JFR crew chief (for team president Robert Hight) Jimmy Prock, Austin earned licenses in both Top Fuel and Funny Car; thanks to sponsorship from Montana Brand / Rocky Mountain Twist, and with Jon Schaffer and Ronnie Thompson tuning his rail, the 23-year-old joins 14 other Top Fuel competitors at Pomona. 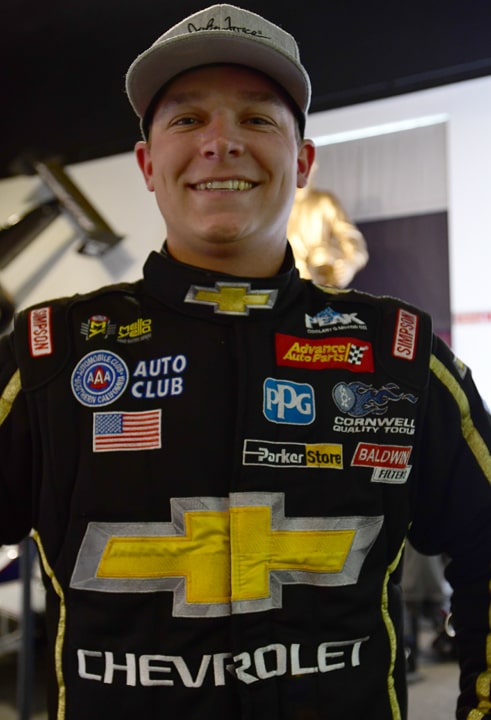 Before coming to NHRA Mello Yello drag racing, Austin Prock had a prestigious oval career, earning 27 wins in 139 races, with 84 top-five results. His transition to drag racing came as a team member on both Courtney and Brittany Force’s teams, even as he licensed in Super Comp, then in Top Alcohol Dragster. “I’m ready to get my professional drag racing career started,” Prock said. “I know it’s going to be a lot of hard work but I’m confident. I’m going to have fun while I’m out here.”

J.R. Todd didn’t make a complete pass in Phoenix with his Team Kalitta Toyota Camry, but still feels comfortable as he attempts to win two Funny Car titles in a row. His crew is nearly the same as it was in 2018 with only a single change in staffing. The former Top Fuel pilot won three of the six Countdown races en route to his first NHRA championship. “The goal is to keep that No. 1 on the car going into 2020 – it’s going to be tough!” Todd said.

There are 17 Funny Car entries on the grounds, but one driver missing in action is Courtney Force, who set aside her helmet last month to focus on other things in her life. She is expected to be on-site cheering on the four-car John Force Racing team, which includes Chevrolet Camaro SS Funny Car drivers John Force, the 16-time champion and two-time champ Robert Hight (fastest at the Phoenix test), along with Top Fuel 2017 champion, Courtney’s elder sister Brittany Force and newcomer Austin Prock.

Funny Car racer Bob Tasca III will debut a new Ford Mustang body in Pomona, while Ford stalwart Tim Wilkerson expects to have his new body in Gainesville, in time for the 50th Amalie Oil Gatornationals. With the new Ford body, new Dodge body and two-year-old Chevrolet body, only Toyota has a vintage machine – the Camry NHRA body, J.R. Todd said, is now in its 11th season!

2018 NHRA Pro Stock champion Tanner Gray left the division and the sport to challenge for titles in circle-track racing, where he began his career. Still, the category has a season-starting entry of 18 cars on the grounds, all but two of them Chevrolet Camaros. Alan Prusiensky continues to drive a Dodge Dart and there is a single 2019 Ford Mustang entry from Jeffrey Isbell, mounting a Pro Stock campaign.

Even so, the 18-race season should have plenty to keep fans of the door-slammers happy, as Australian Shane Tucker contests a full-season charge, Rodger Brogdon returns to the series – as does 2017 titleholder Bo Butner, who initially said he’d be Lucas Oil racing this year – and two-time champ Erica Enders and her Elite Motorsports team appear ready to challenge both KB Racing and any other contenders that come to race.

“I feel as though we’re the best prepared we have been for the start of a season,” said five-time Pro Stock champ Jeg Coughlin Jr. of Elite Motorsports, who was last year’s runner-up. “Testing went really well. We had a top-running car at the end of last season and the team made some enhancements on what we were doing then. Now it’s time to see where we stack up,” he said.

Last year’s Winternationals champs are Doug Kalitta (Top Fuel), Matt Hagan (Funny Car) and Bo Butner in Pro Stock. Hagan will be going for three in a row in the season starter, where he’s won twice from the No. 1 qualifying spot. All racers will have to contend with unseasonably chilly California weather, with temps in the high 50s for most of the three days, along with a threat of afternoon rain on Sunday, elimination day.